No time in the life of Miles Davis is more of an enigma than the “lost” period. The period where Miles forced himself into retirement from late 1975 through Mid 1980. 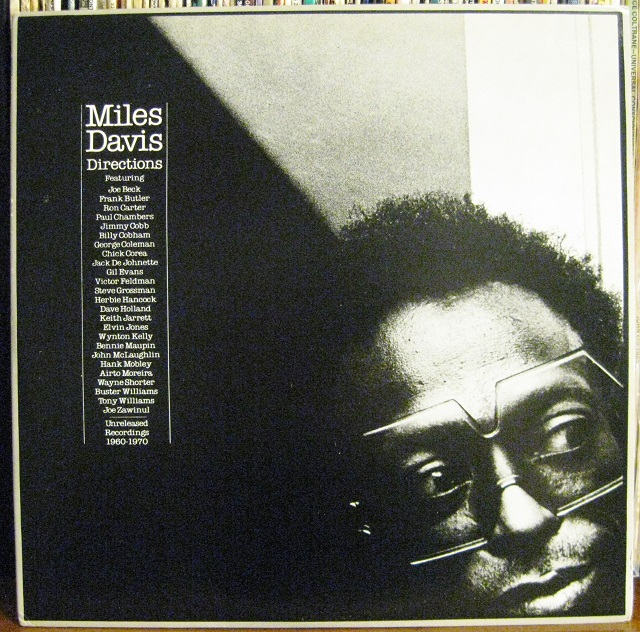 I believe Miles just lost the creative fire and the will-power to push through the physical problems that he had, issues that he had worked around in the past. Sometimes you can just get in a slump, and certain forces conspired to make Miles’ slump last longer than the norm.

Below I will give my thoughts about what happened during this time period. I will touch on the albums of vault material that were released by Columbia to justify Miles’ continued contract with Columbia.

Circle In the Round according to Paul Tingen’s book:  Miles Beyond: The Electric Explorations of Miles Davis 1967-1991: Miles was scheduled to have hip surgery and receive one of the first artificial hips. Ultimately he did have the hip replacement.

Miles also suffered from Sickle Cell Anemia and this condition causes bones to be brittle, and Miles’ hips had always had an issue with bone chipping, he also had a bad car wreck in 1972 that ramped up the pain. This was a nagging problem through the multiple hip operations and beyond.

Columbia Records was in a bind

Columbia must have been in a tough spot, as the Loyalty to Miles had to be wearing thin? Especially since his contract had been renewed at the end of 1976, and even at that time there had to be great doubt about when exactly new material would be released?

Columbia was able to repackage some previously released material, along with studio outtakes from many of the fusion albums like In a Silent Way and Bitches Brew. This at least kept Miles in the public’s mind some during the period.

Water Babies, Circle in the Round, and Directions were all released over the 6 year period. Columbia was in a serious bind, as they were actually fueling the lifestyle that was debilitating Miles keeping him on retainer, at the same time hoping against hope he would get it together, the classic Catch 22.

Eventually by the spring of 1980 Miles was able to record one track for “The Man With The Horn”. By January 1981 it seems Miles was ready to get serious about a real comeback.

In early 1976, Miles along with Gil Evans began talking about a new project, this project was to be a rendition of the opera Tosca, but due to Miles pain problems, this idea never went any further. A real shame it didn’t take place.

Columbia Records put Miles on a retainer after renewing his contract at the end of 1976, I think this helped fuel the hedonistic lifestyle Miles was wallowing in throughout the late 70’s. After all,  Miles wasn’t starving to death, and the checks kept rolling in consistently I presume, what incentive did Miles have to stop the spiral downward?

The whole situation happened gradually, day by day it added up to an amount he couldn’t dig out of. Next thing you know, all sorts of drugs were around, and some blood sucking hangers-on, they were in and out of Miles’ apartment as fast as Miles changed musical directions in the 70’s…even Miles, he was only a human being after all.

Circle in the Round

Circle in the Round was an important release, and it couldn’t have come at a better time. Four years into Miles’ exile, Columbia probably was at the point where they were wondering why they were still paying Miles to do nothing. 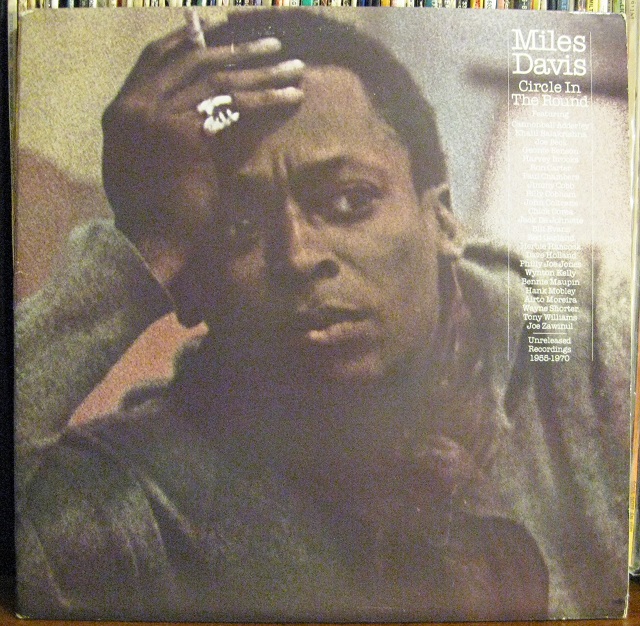 The music on Circle in the Round is important as it was never issued. the 18 minute “Guinevere” from the Big Fun sessions offers an interesting listen, complete with sitar and tabla.

“Side car I & II”, “Splash”, and the title track are also very worthy of checking out. George Benson appears on “Side Car I” and “Sanctuary”.

The title track was a side long swirling/droning improvisation that really doesn’t go anywhere, but Joe Beck provides the guitar on this track.

I like the bolero feel, I do listen to it from time to time. The title track is also the earliest example of Miles using an amplified (beyond a mic) instrument.

Water Babies was the first release of music after the exile, this album actually serves as a Wayne Shorter show case, with 3 tracks released on Wayne’s Blue Note Super Nova album. 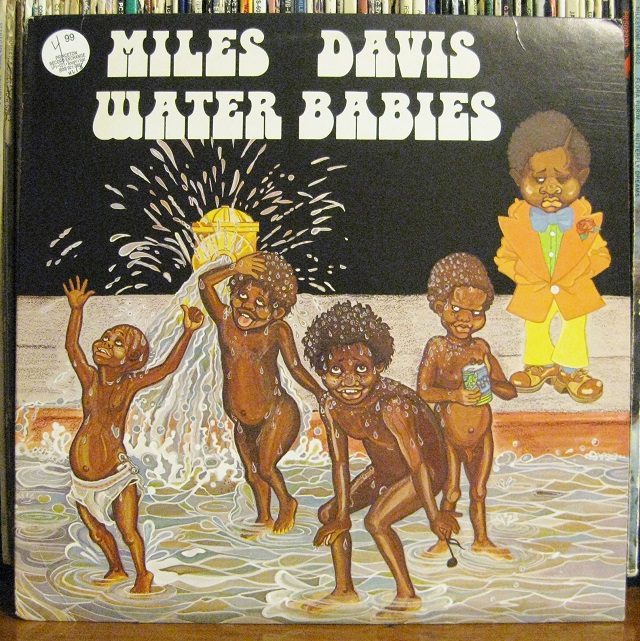 These recordings are less avant-garde here than on the Blue Note album. The rest of the music is taken from the In a Silent Way Sessions, the first of the electric Miles period.

The album actually stands well along with other late 60’s Davis albums. “Two Faced” is an 18 minute long composition, and “Dual Anthony Tillman Williams Process” are fine examples of a move toward Bitched Brew’s, exploratory and searching jams.

These 2 tracks alert you to the fact that Miles did have a little more fleshing out to do, between Files de Kilimanjaro and In a Silent Way.

Paul Buckmaster’s role in helping Miles get back on track

Englishman Paul Buckmaster is perhaps best known for his work with Elton John and David Bowie. From a jazz perspective, he is known for working with Miles on 1972’s On The Corner.

Also according to Tingen’s Book, Buckmaster came to visit Miles at the urging of then Columbia Records President George Butler, Buckmaster was shocked at the situation.

Miles was living in filthy conditions, with food lying around, the windows and curtains were not opened and had not been for some time.

Apparently Buckmaster saw Miles at the absolute lowest point, and thank God he found him and Cicely started watching out for him, as a few more months of that lifestyle, Miles might not have made it out of the 70’s.

Don’t forget that Paul Tingen Book: Fantastic read and very in depth on the 1970’s life of Miles Davis.

Also, as a Miles fanatic, I think special appreciation should be given to the Late Bob Belden, who was one of the real champions of Miles Electric music over the years, not to mention some of the tribute albums he did as producer and musician. His Miles From India is the best of the lot in my opinion.

Photos of vintage album covers from my collection.