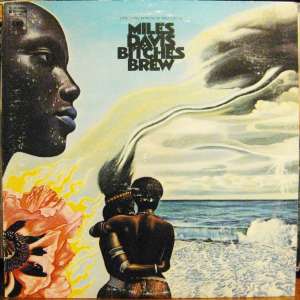 When Bitches Brew was released in July of 1970, the story for the 500,000 who bought the album was, “wow, this is some wild challenging music”.

Unfortunately the establishment jazz critic didn’t always see things that way, they would charge that Miles was a sellout, or that he was bastardizing jazz music.

For me, the mistake critics like that make, is that they compare it to jazz at all. Why on earth would you compare Bitches Brew to Kind of Blue?

This is the point where Miles bid farewell to jazz proper. Because Miles built his reputation on 25 years of jazz, they couldn’t stand the idea he would just leave it behind.

Critics like Stanley Crouch even admit that they tried to like the music because it was Miles. OK I get it, they don’t like it and never will, that’s OK with me, but I do like it.

I feel pity for them, that they could not make the leap from acoustic jazz to this new form of music. You can still listen to any other music you want, right? Why worry about what genre the music is, seems like a lot of wasted energy to me?

I recently re-watched the DVD Miles Electric: A Different Kind of Blue the other night, and honestly Stanley Crouch irritates me to no end on this issue.

It’s bitter-sweet for me, because I find Stanley’s writing to be some of the best I have ever read, he really has a unique sense of humor too that I find appealing, but man he just goes after the electric music of Miles like no other.

Bitches Brew began it all for Miles, while In a Silent way still had one foot in jazz, Brew cut the foot off, chewed it up, and spit it back in the face of the fans of the Italian suit wearing 50’s and 60’s Miles. Some people never got over it, and I think it even clouds their opinion of his acoustic music. As if they disdain the electric music so much, they devalue what came before it. After all, how someone who created this new anti-jazz music, could also create that groundbreaking music of the 50’s and 60’s?

I have been seeing more and more revisionist articles about how important that music was as well, and more often than not, they don’t dig electric Miles.

Bitches Brew was not a sell-out

Looking back at the history of Bitches Brew, I am also confused at the label of sellout? I don’t know of that many top 40 radio stations playing 17-24 minute songs at any time. Ironically, the underground college and mostly white hippie audience really took to the lengthy artsy tunes. One suspects maybe a bit of psychedelic chemistry and other illicit drugs were being used, while Brew was used as a backdrop?  Perhaps that opened their minds to different music as well as other things like politics and religion? 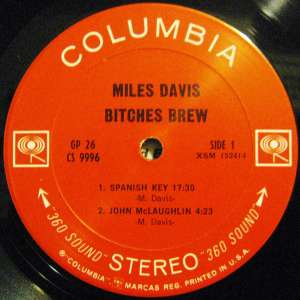 Listening to the music of Bitches Brew, one doesn’t need any artificial inspiration, the music does the job for you. Producer Teo Macero had a lot to do with this music in studio, his splicing and slicing, groundbreaking and derided at the time, helped shape this music.

Jazz  champions like Wynton Marsalis will always deride Bitches Brew as “anti jazz,”  I wonder how they would have felt had they lived during the birth of be-bop?

They might have been stuck in the middle of world WWII, with Duke Ellington and Louis Armstrong, never giving anything new and different its proper due. I doubt they would have pushed the music beyond its current time period? Maybe not, you have to wonder about that.

“I love duke Ellington and Louis Armstrong for sure, but I listen to many styles of music and wouldn’t limit myself to just one musical style or genre within a style. Bitches Brew is a mind boggling brew of jazz, rock, and mood music, it mixes equal parts of funk and even some pseudo-Stockhausen, there’s a lot going on there.

“Pharaoh’s Dance”, a Joe Zawinul composition that always had a chilling claustrophobic effect on me, like being in a big city for the first time and realizing you’re not in small town where-ever anymore.

I love the electronic instruments dashing around and agitating my emotions. Benny Maupin’s bass clarinet cuts through the mix, and in my opinion one of Miles’ greatest studio solos is performed on the tune “Miles Runs the Voodoo Down” .

Miles bobs and weaves, delivers jabs and uppercuts, his tone is so vibrant and confident, not fractured and vulnerable, angry yes, but pulling no punches.

Do let the Miles electric music get under your skin

Bitches Brew is a lot to digest the first time around. For most, it wont be an easy listen, but if you’re disciplined enough to let it absorb into your consciousness, and really get familiar with it, it will reap many rewards. I always hear something new when I listen to Bitches Brew, or any other of Miles 69-75 music.

The sound is modern, even 40 years later. Miles was at the peak of his powers in 1969,  his trumpet playing was never better than during this period, and I don’t see why it matters if critics didn’t like it, millions of other people did, and do.  When you get right down to it, enjoyment of music, or any art-form depends on who enjoys the art, and not who doesn’t.