Miles Davis is a tough act to pay homage to:

Miles Davis just might be the greatest Jazz musician of all time, I could make a pretty good case for him being the greatest musician period, of all-time. 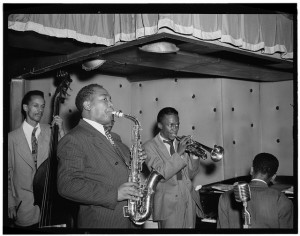 When Miles passed away in September of 1991, many tribute albums began rolling out. Then when a birthday milestone is reached every 5 years or so, more continue to be released. Most are admirable efforts, but not something you would return to often.

Every once in a while an album comes along that does the Miles legacy justice. These are typically albums that take some chances, meaning they take some liberties with the original music.

I think that’s the secret for making a really good tribute album of any genre or artist. Do your own thing, feel the vibe, stay in the ball-park, but be like Miles and stretch out, feel your oats a little.

When I first heard about the number of people and the money being sunk into it, I felt like disaster could be eminent. You know, too many cooks in the kitchen, with an eye on turning a profit? Perhaps the music would be too safe, and not stretch out enough?

Turns out all that worrying was wrong, Miles from India just might be the greatest of all the Miles tribute albums. The music is really different, they mix in music from the Bitches Brew and Kind of Blue eras, seamlessly melding it all together somehow?

Miles From India’s music will appeal most to the acoustic jazz fans. Since I am a fan of both, I had no problem at all with this album.

One thing to understand: The Indian Musicians that add that flavor are very real, not just some throw in of a sitar and tabla. They are integral to the finished product. 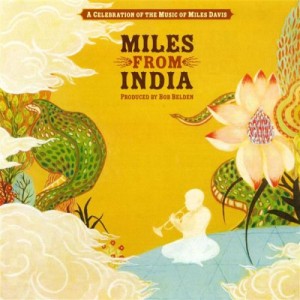 Some of India’s most revered musicians play on the album, like Kala Ramnath on violin, and Rakesh Chaurasia flute. Then singers are brought in, like Shankar Mahadeven.

An honest melding of the traditional India folk and popular musics rolled into the Miles sound, it really is something to hear.

Belden uses different drummers as well, this can really create some heat on different tracks, amazing how something that sounds like straight funk melds so well with the traditional Indian drums.

Photos used with permission via Amazon.com

Joe Henderson: So Near, So Far, The Music of Miles Davis

I am a real Scofield fan, damn, I would sell my soul to get a guitar tone like his, he actually played with Miles Davis for a few years in the 80’s. Check out Star People, a real underrated album.

So Near So Far doesn’t try to go out on limb or anything, though it does cover a few Miles tunes that rarely ever do get the cover treatment.

“Side Car”, “Joshua”, and the title track are great examples of the rarely covered Miles tune, and they do sound great. The production on this album is stellar. I believe any Joe Henderson or John Scofield fan should have this CD anyway. Miles fans will dig it too.

Bob Belden is probably the most important figure the last 25 years in making sure that Miles Davis and his post 1968 work is not forgotten; and considered as an equal to the acoustic jazz work Miles did.

Yes, nothing in jazz’ pantheon is ever going to eclipse Kind of Blue, but this style of electric music that Miles originated has serious appeal to the contemporary musician outside of jazz.

That’s the point, this album, and that music, don’t give a rat’s ass if the jazz establishment cares or not. They don’t really care about the Birth of the Cool as a whole.

Agemo is basically a double disc of re-worked Bitches Brew music, with great liberty taken to stretch out the basic frame-work of the original sound.

Again: this period of Miles’ music is perfect for this type of improvising. That basic sound is there, but you don’t know where it might lead, therefore creating entirely new music. That’s the thing about Agemo, it makes the music of Bitches Brew timeless; the interactive nature of it.

The original electric period music always sounds different each time I listen to it too, it’s almost as if it’s a musical mood ring. Agemo is a tribute for sure, but it’s its own thing. Agemo features a special headphone mix that supposedly enhances the sound spectrum? I thought it did sound particularly good on the Sennheiser over the ear headphones I have.

Also you get several reworkings of songs by different mixologists like Joe Clausell, his version of sanctuary sounds hardly anything like the original, but it is spectacular.

Miles to Miles was one of the big surprises for me, but as it turns out much of the post 1968 Miles is ripe for the sample/bass heavy dance style of today.

Lots of chuggin’ funk bass, and smooth 80’s new wave rock style synth washes, and that does make this tribute very original sounding. I like that the music is slick, but still hot, it never tries to mock Miles at all.

I could honestly see mid 1980’s Miles himself playing over top of these fat grooves. Jason Miles adds enough originality to the mix that even if you aren’t familiar with Miles Davis, you could dig this.

Trust me: If you like heavy groove bass, this will bust the bottom end of your sub woofer. If that’s your thing, you’ll be into this for sure.