Friday night, the Pet Shop Boys brought their Electric tour to Ovation Hall at the Revel in Atlantic City. I was extremely excited about the show as I’ve been a fan of the band since Please, their first album, became a pop-dance sensation in 1986. I have followed the duo since then, yet somehow never managed to catch them in concert. Perhaps I wondered how such a synth/electronic-based band could stage a compelling “live” music performance.

Boy, was I in for a pleasant surprise!

The entire show was a brilliant visual and musical experience full of surreal moments (just check out those costumes and dancers!) that delighted as much as they might confound those unprepared for what to expect. Singer Neil Tennant was in terrific voice and also connected well with the enthusiastic audience, interacting and engaging with smiles (when not hidden beneath bizarre head gear) and repeated shout-outs to “Atlantic City!” Chris Lowe remained cool and barely moving behind his keyboard console, while the pair of dancers added excitement and fun to many of the 23 songs in the evening’s set list. The dancers and light show also kept the energy up as Neil and Chris occasionally disappeared off-stage for costume changes. Lasers, strobe lights, videos and smoke enhanced the rave-like atmosphere which made me wish that the floor had been GA instead of seated; it was tough to dance and move as the mood demanded when trapped in our orderly rows. 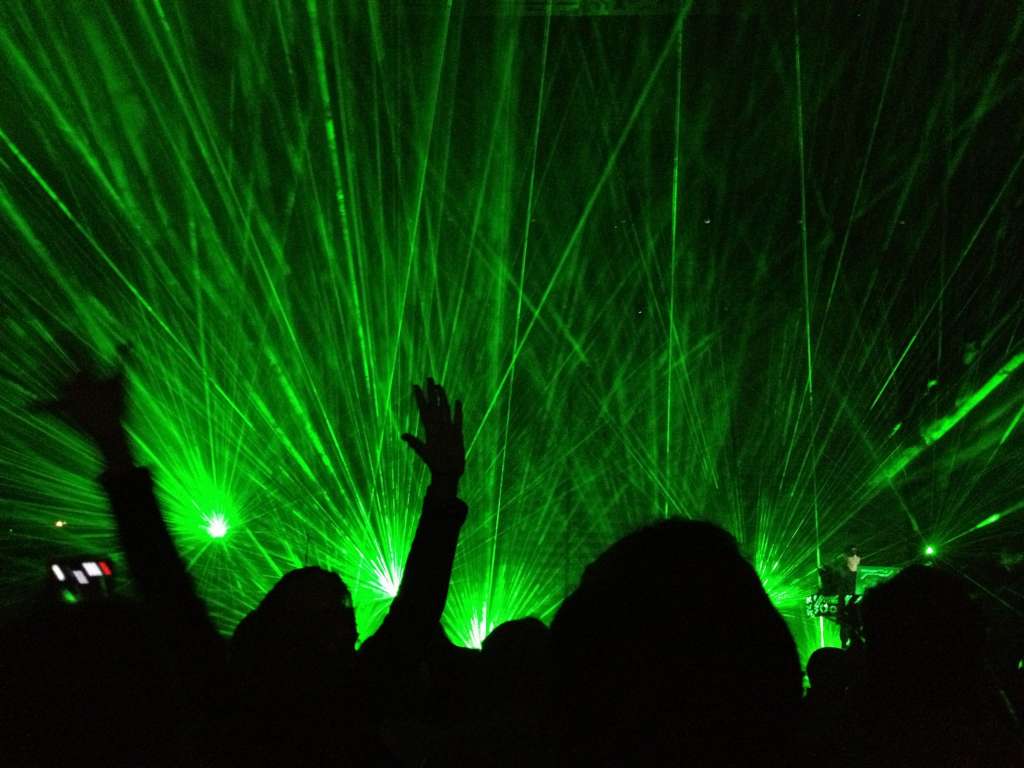 The set offered a good mixture of songs spanning the length of the Pet Shop Boys’ career with popular hits intermingled with new material from 2012’s Elysium and 2013’s Electric. I did wish more than one song had been included from 2009’s Yes, my favorite album to date from the band which was only represented here with “Love Etc.” But with twelve studio albums in their repertoire at this point, it’s understandable that most of the older catalog would only be represented by the big crowd-pleasing numbers like “It’s a Sin”, “Go West”, “West End Girls” and “Suburbia”—which was a real highlight of the evening for this fan as it’s always been one of my favorites.

This was the second concert I’ve seen at Ovation Hall (the first being Depeche Mode last year) and once again I have nothing but praise for the acoustics and intimate feeling of the venue. The vocals were clear and the bass seriously booming; again it really just would have been better to have General Admission on the floor as no one in the audience was seated past the opening number.

At the end of the day, I am only  kicking myself that it’s taken nearly thirty years to see one of my favorite bands in concert. If you enjoy the Pet Shop Boys as I do, or may even be a casual fan who only knows their bigger hits, I urge you not to miss the opportunity yourself!