December 15, 2013 | Posted in TRADITIONAL ART AND PAINTING | By No Problem

Myles Birket Foster was one of most successful and influential water color painters from 19th century. He exhibited several hundred paintings at royal Academy and his work was in such demand art dealers sometimes raced to his home in Witley when they heard he had finished new work. 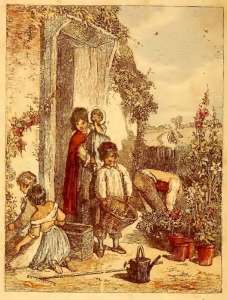 Myles Birket Foster was born in North Shields in 1825 to the family of Quakers, directly related to this religious movement’s founder George Fox. When Myles turned five years, his father (also named Myles) decided to move to London and establish M. B. Foster & Sons, beer bottling company which is rather surprising decision for teetotaler. M. B. Foster & Sons eventually became largest bottler in the world and young Myles was predestined for important position in the company.

Soon everybody noticed he doesn’t fit in business world. It was also obvious he is extremely talented for drawing, so his father aranged apprenticeship for him in Ebenezer Landell’s studio. Landell was one of best printers in the country and co-founder of legendary satyrical magazine Punch. Work for Punch and Illustrated London News was perfect education for aspiring artist who had a chance to learn from the best illustrators, engravers and other creative folks. He also established lifelong friendships with George Dalziel and Edmund Evans. 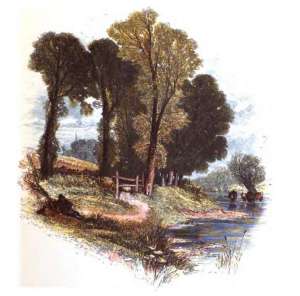 From engraving to water coloring

Birket Foster was only twenty one when his skills were in such demand he was able to earn a living from illustrating. His drawing style was particularly suitable for poetry books. He received commissions for works of Milton, Shakespeare and Longfellow and soon became most wanted illustrator of poetry. Around 1850 he started to learn painting in water colors (he was completely self taught) where he achieved even better reputation.

He distinguished from other watercolor artists in using extremely small amount of water to achieve very fine lines which were completely different than broad washes of other painters in this media. Many of his works on canvases were based on illustrations he had previously made for poetry books. Even when he traveled abroad to find most beautiful landscapes, he loved to concentrate on details. We can say he invented new style and this style was instant hit at audience and critics. 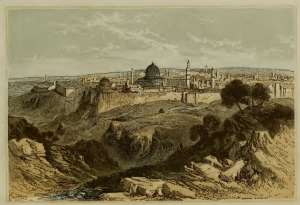 Around 1863 he moved to Witley, Surrey where he built large house named The Hill. Two of his many friends among artists, William Morris and Edward Burne-Jones helped at designing and decorating the house which soon became a center of artistic events with theater plays, music performances and huge parties where Frederick Walker, Kate Greenaway, Helen Allingham and other well-known names were only few of the regular names on the list of his guests.

Improvement of printing technique enabled to reproduce his drawings and paintings, so his work could be found just about everywhere, from books of lithographs and most prestigious museums in the world to Cadbury’s boxes of chocolate and greeting cards.

Myles Birket Foster was married twice. He had five children with first wife Anne who died of tuberculosis in 1859. He died in 1899.

(All used images are in Public Domain)