Definitely more rock than jazz on this fusion classic

The album A Tribute To Jack Johnson

is a jazz rock classic released by Miles Davis in February of 1971. An album widely under appreciated, and not promoted properly by Columbia Records during the time of its original release. 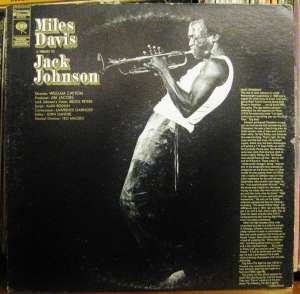 The original intent  for the music was a movie soundtrack for a documentary on the life of early 20th century boxer Jack Johnson. I have personally not seen that film, nor have I even seen it available any where. You would think it would turn up on a DVD at some point?

The music is spectacular however, Miles himself commented that Jack Johnson was his own personal favorite recording many times.

Funny thing about Jack Johnson, it is both contemporary and experimental,  almost completely without any hint of jazz, Jack Johnson to my ears should be considered rock jazz and not jazz rock at all.

It is also worth noting, the 2 side long tracks that comprise the album, were patched together in studio by engineer Teo Macero between February 18th and June 4th 1970, with the last half recorded with almost a completely different band.

I believe Miles Davis and Jack Johnson to be kindred spirits in many ways,  both during their hey days were famous black men in the United States when that was rarity. Both men experience personal and  institutional racism.

Miles also liked to box to stay in shape, he was also a huge fight fan. His trumpet playing during the electric years is much more muscular and less romantic, if at all romantic. Like a boxer, Miles seems to stab and jab, bob and weave, he delivers upper cuts and body blows, then knocks you out with the roundhouse.

Speaking of roundhouses: Miles’ solo on track 1 “Right Off” is a knock out of a solo, and one of the best in all the Davis discography, It sounds like something Freddie Hubbard would do, brassy and arrogant, the solo is just fantastic.

The above audio clip displays one of the greatest trumpet solos of Miles’ career, it starts around the 2 minute mark.

It is also worth noting: Miles contributed the liner notes for A Tribute to Jack Johnson, where he mentions how Jack Johnson dated white woman and did not care about the white establishment thoughts about it, a full 60 years before this recording. Miles obviously identifies with the boxer.

Miles also mentions guitarist John McLaughlin playing on the record as “far in” . A Tribute to Jack Johnson is “far out” for sure. I highly recommend you continue reading below, as I will go in depth about the Complete Jack Johnson Sessions 5 CD set.

The Complete Jack Johnson Sessions is a wonderful 5 CD compilations of the studio outtakes, including the finished album all remastered in glorious 24-bit sound.

, you will be immediately struck at how much Miles was into Sly and the Family Stone and Jimi Hendrix during this time (early 1970).

Also it is obvious that James Brown, and his style of funk is on Miles’ mind during this era, musicians like saxophonists Steve Grossman and Bennie Maupin offer fantastic free rock and funk jamming on many of these extra takes.

Guitarist John McLaughlin and Sonny Sharrock also play some interesting guitar on some of the “Willie Nelson” outtakes where Sharrock’s slide guitar was mixed out of the final product. 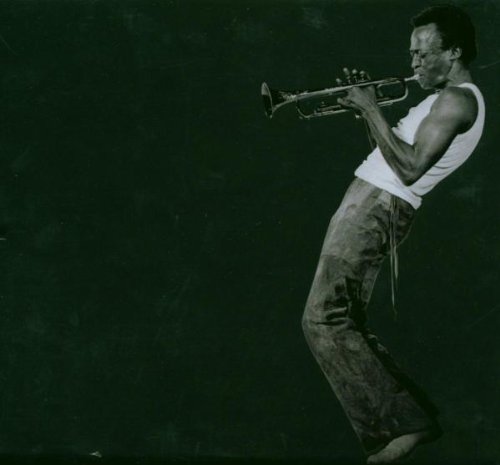 Besides the final disc’s full LP version of the original release of Jack Johnson, you get some studio tracks that ended up on Live Evil, like “Little Church” and “Selim”. I always thought these tracks were an extension of Bitches Brew, and really seem out-of-place on Live Evil I think.

The bulk of this music is performed on April 7th 1970 by the sextet of Davis, Steve Grossman, on sax, Michael Henderson on bass, Billy Cobham on Drums, and Herbie Hancock on Organ.

The last half of side two “Yesternow’ has a section that begins around the 13 minute mark, this music was recorded a few month earlier in 1970.

The Willie Nelson band was Davis, Bennie Maupin on bass clarinet, Guitarists, John McLaughlin and Sonny Sharrock, Chick Corea on piano, Dave Holland on bass, and Jack Dejohnette on drums. I would love to have heard more from this lineup.

You know I really like Bennie Maupin quite a bit, he shows up all the time on some of my favorite recordings. like Lee Morgan’s Live at the Lighthouse, and Bitches Brew for that matter.

Intro Photo: LP Cover from my own collection.