Why This Trio from London, England Deserves Your Listening Attention

This article was originally published on Associated Content on June 4, 2010. 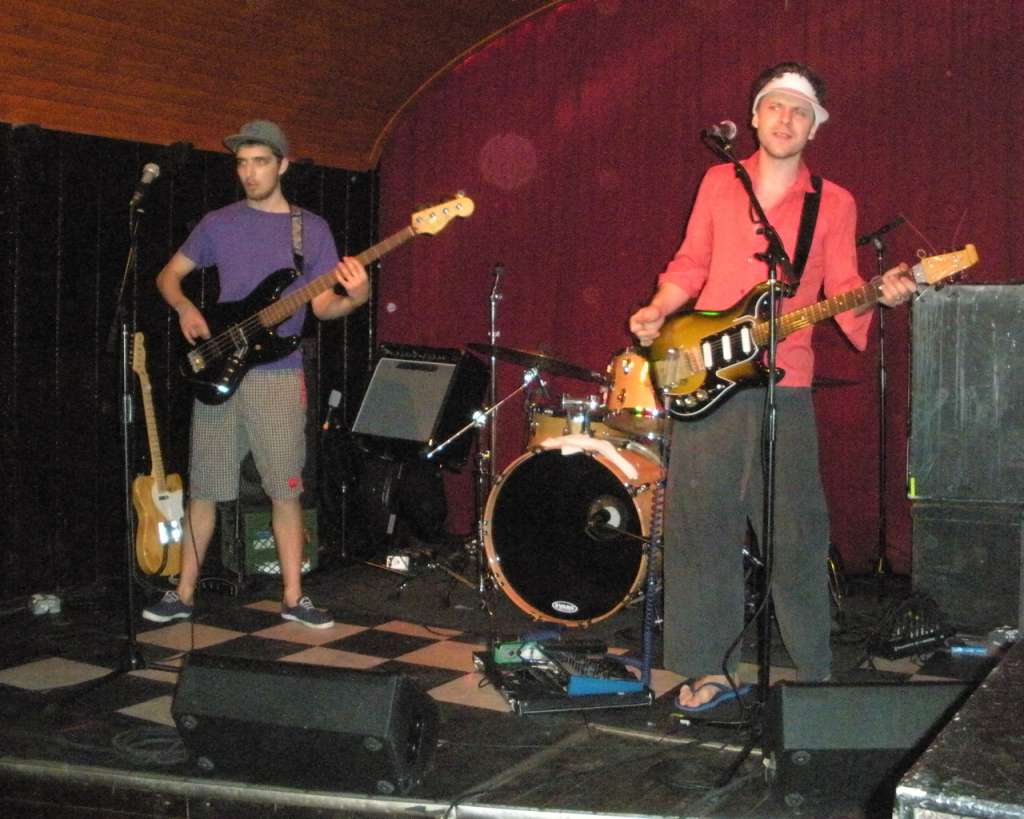 Hot Head Show on stage at Kung Fu Necktie in Philadelphia. Photograph by the author, sockii.

If the generic, bland sounds of American Idol are getting you down about the state of the modern music scene, then check out the wildly innovative music of Hot Head Show. This unique trio from London, England is never going to end up on any Top 40 playlist, and that’s only one of the things that makes them so great. Hot Head Show plays music that defies any easy description, taking cues and influences from diverse sources such as the blues, ska, alternative rock, funk and psychedelia. Thrown together in a crazy musical stew and seasoned with witty lyrics and terrific vocals, their music will get your feet moving at the same time your brain is trying to process just what exactly you’re hearing.

Hot Head Show is currently touring the United States in support of Les Claypool and doing some small club gigs on the side, so now is the time for American music fans to hear them live while you have the chance.

So who exactly is Hot Head Show? The band’s current lineup consists of Jordan Copeland on guitar and lead vocals, Vaughn Stokes on bass, and Maxwell “Beatamax” Hallet on drums. Jordan has quite the musical pedigree, being the son of The Police’s drummer Stewart Copeland and Curved Air’s Sonja Kristina. His sound is completely distinct from his parents’, however, as he possesses a soulful, deep singing voice and unleashes otherworldly sounds from his guitar. Vaughn Stokes is an immensely talented (and very young) bass player, who got the gig with Hot Head Show after flying out from Canada to audition for the band. Beatamax keeps their complicated rhythms flying at a crazy pace, and together they create far more sound than seems possible for just a three-man band.

I recently had the pleasure to see Hot Head Show perform live for the first time, at Kung Fu Necktie in Philadelphia, Pennsylvania. They put on an intense 30-minute set, not letting up for one second on the energy levels despite playing to a rather sparse crowd. Among the highlights of the set were the wonderfully bluesy/jazzy “Donkey” and “Hotel Room,” and the high-speed “Chopstickabean” and “Bambini.” 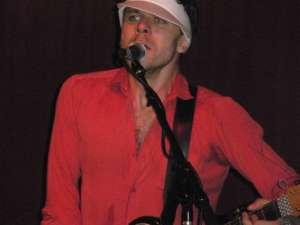 After their performance, I had the chance to speak with Jordan for a while about Hot Head Show’s U.S. tour, which was just getting started and would take them to numerous venues along the East Coast including The House of Blues in Atlantic City, and an appearance at the Bonnaroo Festival on June 11, 2010. I mentioned what a great pairing Hot Head Show was with Les Claypool. Jordan laughed and said it was ironic that people are always commenting on how much Hot Head Show sounds like Primus, yet he’d never really listened to their music until getting the gig with Primus’ bass player, Claypool. Apparently it had been a simple email inquiry to Claypool which had landed them the opening slot on the tour, which originally was only going to include the European leg before they were invited to the U.S. as well.

I made sure to let Jordan know that Hot Head Show was developing quite a dedicated if still small following Stateside, and we’d be sure to show up at as many performances as we could. He was gracious enough to pose for some photos and gave me one of the Tour CDs they are selling at the shows – a great sampler of their music and well worth picking up.

All in all, Hot Head Show is one “hot” band, one which I do believe is destined for greater success even if they will never be a mainstream act. At a time when mediocrity and blandness seem to dominate the music scene, it’s wonderful to hear a band that just goes out there and plays their own kind of music. As they say on their website, “Hot Head Show is a small band with unremarkable haircuts. We play shows in all kinds of places, in the hope of finding people who like their music the same way as we like ours.”

Maybe Hot Head Show will find you, somewhere out there on the road.

To learn more about Hot Head Show, listen to their music and view performance videos, visit the band’s official websites below:

Their first official EP, “The Lemon,” is also available for a free download through their blog at http://hotheadshower.blogspot.com/2010/03/lemon-ep.html.