Have you acquired the taste for free jazz? 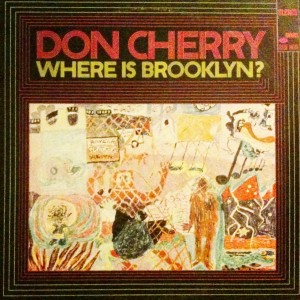 Free jazz, or avant-garde jazz is not for the faint of heart. “They call it free jazz, because nobody pays to hear it, and nobody every made any money playing it”.

Probably no other music is more of a niche music than modern jazz, and free jazz is probably the most obscure jazz within that realm.

There really is no middle ground, you either have acquired the taste, and love the music, or you deride it, and consider the music self-indulgent bull crap.

If you are new to modern jazz and just now exploring different styles within the genre, post bop will likely be the dividing line between bop, hard bop, and free jazz.

If you can get into post bop like Coltrane’s Atlantic sessions, or Miles Davis’ second great quintet band, you might be able to take the leap to free jazz.

Priming yourself for the avant-garde

There really are 2 types of free jazz, free jazz proper and avant-garde jazz. Free jazz is known for over blowing, and I would consider it more militant, or at least more in your face and usually less structured definitely more “anything goes”.

Avant-garde jazz is usually more “composed” and not as improvised, artists like Andrew Hill and Jackie McLean come to mind, Eric Dolphy as well.

The easiest path into freer jazz is through post bop. Many artists like John Coltrane, Miles Davis, and the mentioned Jackie McLean, developed a new style that kept the structure of be bop and hard bop, but only dabbled in the freer music that was already in force.

If you can’t get into this post bop or inside/outside style, you probably won’t like the harder edged free jazz.  Artists like Albert Ayler were able to bridge both styles and even combine them. Ayler’s Spiritual Unity melds both the composed and the improvised to my ears.

Personally I would start with John Coltrane’s Giant Steps, then Miles Davis’ Miles Smiles, and Ornette Coleman’s The Shape of Jazz to Come. These albums should wet your appetite for more exploratory styles, but you may end up stopping here, and not need to branch off into Cecil Taylor, Peter Brotzmann, or later period Coltrane territory.

If you just want to get right to it, and get the holy grail of free jazz records I would say start with, Ornette Coleman’s Free Jazz, Then Coltrane’s Ascension, and Peter Brotzmann’s Machine Gun. If the Brotzman album doesn’t kill you, then you are well on your way to some pretty exciting new music

After those 3 albums mentioned above, check out Cecil Taylor, he will be your friend, he’s one of my favorites, an ultra percussive styled pianist that can even hold ones interest as a solo artist. His music is sort of chamber jazz if you will.  Taylor’s Conquistador and Nefertiti: The Beautiful One has Come are a good place to start with Taylor.

Here’s a list of 9 free jazz albums every collection should have.

The lines get blurred

Free jazz or avant-garde jazz, whatever you call it, can mean any style of music. Miles Davis is not considered a free jazz artist, though many of his late 60’s and early 70’s jazz rock and funk albums have a particular element that reminds me of free jazz. Bitches Brew, especially the title track sounds awfully avant-garde to me. 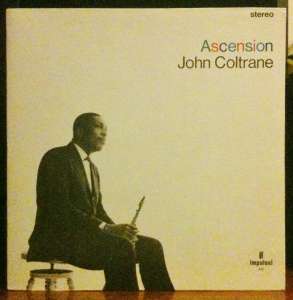 His voodoo funk exploration with guitarists Pete Cosey and Reggie Lucas sure sound like experimental cacophony in spots. Agharta and Pangeaa have elements of this searching hard funk style that almost spins out of control. I think fans of free jazz can dig it, I know I do.

Check out The Velvet Underground from the late 60’s psychedelic era with Lou Reed, The Soft Machine’s Third album?  Clearly that music would not be considered jazz, but it sure sounds like some of the free jazz of the late 60’s to me.

Artists like Tangerine Dream and Klaus Shulze created some very avant-garde electronic music that hearken back to some of the Coltrane and Brotzmann noise from the mid to late 60’s.

There was a lot of cross-pollination going on between these jazz, rock, and electronic groups, it was one big stew thrown together for all of us to take what we personally wanted out of it.

What an exciting time musically it must have been, oh to have been alive then.

A Love Supreme: In a league by itself

John Coltrane’s 1965 Masterpiece A Love Supreme is the pinnacle of avant-garde, or free leaning modern jazz. Not really what I would call free jazz, but certainly atonal enough in spots to make you think of it.

I still can’t believe the album sold over 500,000 copies by 1970, and now is only second to Miles Davis’ Kind of Blue as the greatest selling modern jazz record of all time. Hard to believe an album like A Love Supreme could sell that well, it’s not easy listening, to virgin ears probably a bit abrasive actually. 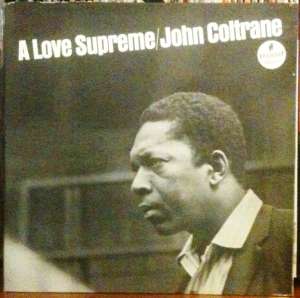 It is quite astounding really the sales the record had, lends some credence to those who sought to deify Coltrane. He certainly was one of a kind, and this album opened the door for those who might want to venture into freer things.

A Love Supreme is probably the place to start with free leaning jazz, if you can warm up to the visceral playing of Coltrane, you might be on to something.

The album is very brief, only 33 minutes, seems like you need to reprise the lead off track “Acknowledgement” to complete the album, try that some time, playing the entire album, then repeating track 1, It works perfectly.

I don’t think too many people thought Coltrane’s music would go so far off into the avant-garde direction. In fact, drummer Elvin Jones and pianist McCoy Tyner did not stick around long after A Love Supreme.

Coltrane himself unfortunately didn’t stick around on this Earth very long either after the album, he would be gone inside of 3 years from this release.

“How can you listen to that Shit!”  “That’s like nails on a chalkboard”. To each his or her own, to me, nothing would be worse than listening to an hour of Justin Bieber, but many do, and that’s their prerogative.

I like free jazz, I know it’s not everyone’s cup of tea, the jazz community its self is bitterly divided, it’s just one style of jazz, and one style of music I like. I can listen to Ornette Coleman’s The Empty Foxhole one minute, and then Johnny Cash’s At Folsom Prison the next, that’s what makes the world go ’round. Don’t forget to check out the 9 albums I hand picked for new avant-garde jazz listeners.

Photos are my own: Album covers from my collection.