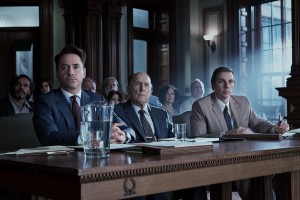 The Judge is one of the best movies I’ve seen in a long time.

I know it’s been out for awhile – 2014. I think I remember the trailer. And I might have been interested to see it back then. But I didn’t. Which is disappointing because this movie would be great to see on the big screen.

Now that I spend way too much time watching TV, and with access to Netflix and Amazon Prime on this amazing LG smart TV, I’m finding there isn’t much to watch.

I do however find the UP channel fascinating with stories based in Amish land. I hope the Amish people are making big bucks for the portrayals of their lifestyle. Reminds me, I want to put that on my list of places I want to see – Amish country.

Flipping through the movie channels one Saturday night, I was looking for anything that was just starting because the last thing I wanted to watch was something that had been on for an hour. The Judge made the cut.

Let me start by saying there is absolutely no one else who could have played the main character, Hank Palmer, than Robert Downey, Jr. Seriously, this was his role – right up there with Iron Man. He was excellent. And he didn’t have to put on an iron suit.

On that note, I’d have to say that everyone cast in this movie was perfect. Mr. Downey of course, but add in the legendary Mr. Robert Duvall AND Billy Bob Thorton? And believe it or not, the cast just gets better.

Hank Palmer is a man on the brink of a life implosion. He’s discovered his wife has been unfaithful and is very unsympathetic to her whiney whoa-is-me explanation as he leaves to attend his mothers funeral. But his snappy come backs come back to haunt him. Remember the line: “Yeah, water the fucking Hydrangea.”

Going home is not easy, something so many of us can relate to. Leaving behind family, friends, childhood, can sometimes be a sudden turn of events that leave those we left behind with questions, at first. And then they learn to go on with their lives, just like those who left. Hank comes home to his brothers, one mentally challenged who still lives at home, and his older brother, Glen, played by the amazing Vincent D’onofrio. Again, another actor perfectly cast for the part.

Hank has skeletons in his closet that we’re aware of but we don’t care until certain things come to light. Arriving home, we see the love he has for his mother as he sits with her body in a casket. The way he shows compassion to his disabled brother in the wake of his older brothers impatience – because he’s the one living with these things, his father and brother, on a daily basis. Hank lives in another world. Because he lives in this other world, he shows a certain level of sympathy – these daily things don’t annoy him the way people who deal with the daily things do.

When he visits his fathers court room, The Judge, played perfectly by the amazing Mr. Robert Duvall, we see an intimate moment between the Judge and the attorney. We instantly know why Hank (RDJ) is an attorney. The connection between father and son is established, and we know that it’s deep.

We’re shown the world the family lives in as the family mourns the passing of their mother and how deeply imbedded they are in the community. We learn why Hanks older brother Glen is living a lesser life than he was destined for, and possibly why Hank left.

***Hot Guy Alert – There’s a moment when Hank tries on a t-shirt from the past and we’re given a moment of hard body – probably a result of all the training he’s been doing for Iron Man and Avengers movies. (Thank you.)***

The story gets good when the Judge is accused of running a mistake over. I can’t tell you what the mistake is, because that’s the heartbeat of this story – what we do when faced with the opportunity to right a wrong.

And it’s what Hank faces too: The opportunity to right a wrong. Possibly many wrongs, as we see him get himself into some awkward, if not icky, situations. Again, only RDJ could pull this much icky off, and still make use root for him.

I think that’s about all I can tell you about this movie without giving it all away. I will repeat: This is one movie that I feel every part was perfectly written and perfectly cast, especially Vera Farmiga as the love interest. Her style of “what the …?” is perfect as Samantha. Billy Bob Thorton was perfect. Perfect, I tell you.

I’ve been searching on Netflix and Amazon Prim and unfortunately The Judge isn’t available through my memberships unless I want a DVD sent to the house. With all the technological upgrades, I don’t know that I own a DVD player anymore. I’ll be watching for it on the movie channels and it’s on my watch list for Amazon Prime.