I’ve been using a Mac, iPad and iPhone for almost 5 years and it’s time to start thinking about an upgrade. Before anything crashes.

Transitioning from the PC world was fairly simple. I’d been living in a mixed world, PC and Mac, and there was trouble communicating. It was frustrating. I was tired of trouble shooting and fixing it only to have ‘it’ happen again. And again. And again.

Right out of the box, just like the commercials at the time, everything connected and worked. It’s continued to work pretty much glitch free ever since.

My iPad 2 is getting old. I bought it and like the next day the iPad 3 launched. But I stuck it out and haven’t been disappointed. I don’t know what I’m missing so, I don’t miss it. 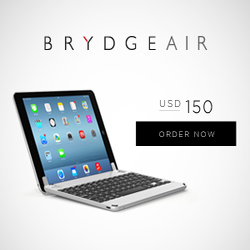 I use a Brydge keyboard with my iPad, essentially turning it into a touch screen lap top. I love it like this. It’s the best of all worlds. I wish my Mac desktop had a touch screen. Such a feature has me eyeing the Windows Surface more and more.

The goal is to be as mobile as possible but still able to see and do all I can do on my big desktop. Not that I’m traipsing around the world like some famous travel blogger. I just like being able to move around the house and sit outside instead of chained to my desk. The majority of what I do can be accomplished on my iPad. There are a few things, like software programs that I use on my desktop, that I can’t have on my iPad. Like Scrivener, a software program for writers.

Side Note: If you’re a writer of anything I highly recommend Scrivener for Mac and PC. Back to my dilemma.

There is not a Scrivener iPad app. I made it work by using Word with OneDrive. I can sync Scrivener to One Drive, but I’ve yet been able to open those files on my iPad. On the iPad I write in Word and sync it to OneDrive. When I sit down at my desk and use Scrivener, I import the files. I actually find this easier when there are fewer files because I’m able to put the files right where I want it, instead of uploading new files to the notes folder. I figure the Windows Surface will work with Word and One Drive, so the way I write, store and sync my documents shouldn’t change too much.

is the replacement/upgrade I’m considering, because it’s a touch screen tablet that’s as close to a laptop as possible without being a laptop. And did I say it’s a touch screen? I like this so much better than a mouse or track pad on my keyboard.

I’m using an iPhone 6, and I like it. Moving up from a 3 to a 4 and then straight to a 6 was an easy transition. I’ve been super happy, no complaints.

A few friends have done the switch, changing from Apple to PC and most have been happy. The ones who stayed with their new Android phones said they like it so much better than their iPhones. The ones who changed back to their iPhones said they couldn’t figure it out. The learning curve was too high, too frustrating and they couldn’t hang in there long enough. They had to change back or go insane.

My biggest concern: Photos. I have dang near 25,000 photos. I am still trying to figure out iCloud storage. It seems like some of my photos automatically sync to my iPad and Mac desktop, but not all of them. I prefer Flickr to Dropbox for storage, but both will automatically sync with my iPhone when connected to wi-fi with the correct settings. I will add that to my list of must-do’s for the Galaxy 5. I’m sure the G5 will sync easily with both.

is what I’d be upgrading to. I know, there is a 6 out, but I own a 5. My daughter thought she was “so over” Apple and when she was ready for her upgrade, she opted for the Galaxy. Not less than two weeks later she was begging for her iPhone back. I figured if the learning curve was too great for her, then no way could I handle it.

But after talking to a few other friends (read: people my age), told me they loved their Galaxy and it did “so much more” than their iPhones had, it has me thinking I might give it a shot. I could swing a 30 day trial if only Verizon offered such a thing! I just want to try the phone, to see if I can handle the learning curve. Will they let me switch back if I can’t handle the change?

The next thing to consider is the cost. I have the iPhone 6 and my upgrade is a year away. I own the Galaxy 5, it’s hanging out in a closet, so no new cost to me there. Now on to the tables.

Upgrading to the iPadAir 2, 128 GB Wi-Fi only version is $699 on the Apple website. I would also want a keyboard, and the reviews point to the Microsoft Universal Keyboard for around $70. I love my Brydge and have used it for almost 2 years, but they run $150 – $200. And the Microsoft keyboard will work with my phone too. Interchangeable, multi-use and less expensive seems a smarter way to go this time around.

Windows Surface 3 is $499 and the Surface Pro 3 is $889 for the 128GB version. I believe I’d go for the Pro version, looking for some longevity. Based on a few reviews I’ve read, this would be the tablet to replace my desktop and iPad. I like this idea very much!

The pen feature is cool on the Surface and it seems like it’s easier to use than my current set up. I use the JotScript from Evernote. Being able to mark up PDF files is an important feature to me, working as a proofreader. Something else I like about the Surface; being able to run “real” programs, like what I run on my desktop. Not just app versions. This is enticing to me, since I really like using my Scrivener program on my desktop. If I were able to use the program on my tablet – oh the writing I would do!

Back to my concern about all the photos I’d want to sync, plus all the new ones I’d be taking and would want them to sync to what ever tablet, laptop or desktop I plan to use. Throw into the mix my little Sony DSC-HX50V/B 20.4MP Digital Camera with 3-Inch LCD Screen (Black)

, I can see I have more research to do.

What do you think? Stick with my Apple gadget or give the Windows Surface (Pro 3?) and the Galaxy 5 smartphone a try? I look forward to your input.