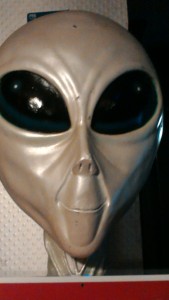 1920 – Spoiler alerts   A rarely seen in performance SF masterpiece and the stage play that first introduced the word Robots into the language. R U R standing for Rossum’s Universal Robots.   The story is Frankenstein in mass production; thousands of robot workers are produced for labour and military use, with little thought for the effect it will have on human workers.   Many oppose the practice, believing the robots should be given rights or destroyed.

There are four acts. The first sees the robots going into mass production, in a factory that is struggling to keep up with global demand from industry and the military, who want robots by the million. Various protesters want the project ending for religious or moral reasons.

When Helena visits the robot making factories, she is forced to marry its owner to keep her objections under control.   Her forced marriage is one of the play’s least convincing incidents. More interestingly, Helena discovers some robots are indistinguishable in appearance from humans (androids), and then mistakes several human engineers at the factory for robots.

Though freely available in print, R U R is rarely staged, even when created at about the same time as Fritz Lang’s movie, Metropolis.

On Helena’s wedding anniversary, exactly ten years on from Act One, Acts Two & Three see the robots rebel and destroy humanity, as Helena, her husband and the last survivors make a desperate last stand, but perish in the onslaught. The siege sequences are actually quite tense and scary. Helena tries to appeal to the robot leader with love while another desperate late survivor tries to bribe them with large quantities of money.

A final act has a sole human engineer kept live because Helena destroyed the blueprints for creating more robots and they wear out after a few decades. In destroying humanity, the robots have wiped themselves out too, but their leader has discovered love with a robot modelled exactly on Helena.   Satirical, rather than scary, with some very funny moments, such as Helena receiving a personal battleship as a wedding anniversary gift – a thinly disguised way to try to protect her in the robot rising, though the robots have already taken control of it.   The influence of R U R on a whole genre has been immense. R U R has had a huge impact on science fiction and science, influencing Alan Turing as much as it has influenced Isaac Asimov. It should be essential reading for anyone working in or studying artificial intelligence.