Though I Was Only 8 Years Old in December 1980, Lennon’s Murder Still Affected Me Deeply

This article was originally published at Associated Content on December 5, 2010.

It is difficult to believe that thirty years have passed since the tragic murder of John Lennon. Although I was only eight years old on December 8, 1980, the death of the former Beatle had a huge impact on me at the time. Music was very important to me from an early age, and The Beatles were the first band I ever loved and admired. Their songs helped shape my lifelong appreciation for music, and John Lennon’s death was the first time, in my life, that I had lost someone who meant a great deal to me.

Some of my earliest memories revolve around enjoying Beatles music with my mother. She had been a “Beatlemaniac” during her teen years, growing up in the 1960s when the band first hit the United States and the British Invasion began. While other kids were listening to Disney records and disco music in the late 70s, I only wanted to listen to one thing: The Beatles. I remember bringing in a copy of my mom’s A Hard Day’s Night LP to first grade show-and-tell, much to the bewilderment of my classmates (and teacher). For Christmas every year, my mother would always find some new Beatles-related gift for me, such as one of Paul McCartney’s or Ringo Starr’s solo albums, a Beatles photobook, or rare songs collection. I was only 6 or 7 years of age, yet The Beatles’ photos from the inner sleeve of The White Album hung over my bed. I was even a proto-“fan-fiction” writer at the time, making up stories in my head about John, Paul, George and Ringo and how we would have fun adventures together if I ever had the chance to meet them. One of the highlights of the year was when the local TV station would air Yellow Submarine or Help!, my two favorite movies. 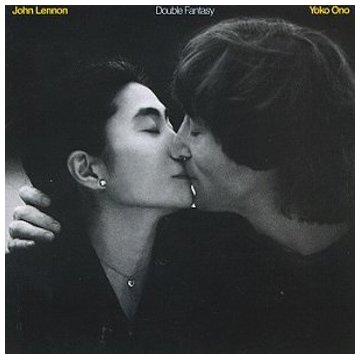 John Lennon was not, at the time, my “favorite Beatle” – that honor belonged to Ringo, for at that young age I enjoyed his sense of humor (and had a burgeoning admiration for drummers). But I loved every member of the band and looked forward to any new music they might produce. When Lennon’s new song “(Just Like) Starting Over” first hit the radio airwaves in late October of 1980, I was thrilled. My mother and I both thought it was a great song, and we were looking forward to the full album release, Double Fantasy. I’m sure she bought it for me as soon as it came out to save as a Christmas gift. McCartney II had been released earlier that year, another record I really loved, so 1980 was shaping up to be a great year for this very young Beatles fan.

December 9, 1980 was a normal school day for me. I lived in a rural village about 60 miles outside of New York City, and the winter chill was heavy in the air. I was starting to get excited about Christmas approaching, and when the school bus dropped me off at home around 3:00pm that afternoon I had plans to start thinking about decorations to make and hang around the house.

It’s funny how some memories can remain so clear, thirty years later. I still vividly recall walking through the kitchen doorway that afternoon, where my grandmother was in the kitchen as always. “John Lennon is dead,” she told me, before even saying hello or anything else. She listened to news radio while in the kitchen, and apparently it had been all over the radio, all day. It took a moment for me to comprehend just what she had told me – something about a gunman, and how John had been shot outside his home, the Dakota, late the night before. My grandfather wasn’t home yet (December being hunting season) and my mother was working in New York City – she actually had an apartment on the Upper West Side she used during the week, that was only a few blocks away from the Dakota.

I remember going into the living room and not knowing what to do, how to understand how someone who meant so much to me – even if we’d never met – was now gone. There would be no more new music from John. There could never be a chance for The Beatles to get back together, a hope that many fans still clung to, including myself. I sat watching our fish tank for a while, or really just staring out into space, hearing the news coming out of the radio in the kitchen but feeling just numb and disconnected from it all. Eventually I went upstairs to the television room and put on WNEW, Channel 5 from New York City, which had gone into non-stop coverage of John Lennon’s death.

My grandmother came upstairs to watch the news with me until my grandfather came home, and we had dinner together as the coverage continued on. My grandfather complained when even the national news that night focused on nothing but John Lennon, but I didn’t want to hear about anything else. My mom called when she got back to her apartment that night to make sure I was okay, and talk of the crowds throughout her neighborhood as people swarmed to the Dakota to mourn and pay tribute to John.

I don’t know that I actually cried over his death at the time, although I find myself starting to tear up remembering that day as I write this now. Death is a hard thing for a young child to fully understand. I just knew that it was wrong that he was gone, and though like many I thought Yoko Ono was “weird” I felt so sad for her, and for Sean, who had lost his father at such an early age. I never really had any kind of relationship with my own father, so I felt a particular pain for him, robbed of a father who so clearly adored his son.

That weekend my mother brought home a copy of Double Fantasy, which we listened to together non-stop for most of the rest of that month, along with all our other Beatles albums. I remember Christmas Eve wrapping the last of our presents for the rest of the family while listening to the album – another one of those extremely vivid memories of a Christmas of which I can remember little else. We played it at least until my grandfather came inside and complained of Yoko’s “screechy” songs and we put on something else.

My love for The Beatles and their music never went away, although as I entered my early teens I did finally begin to appreciate other artists and bands – Elton John being one of the first, as I had fallen in love with his tribute to John Lennon, “Empty Garden (Hey Hey Johnny).” I would become a passionate fan of other musicians including The Police, Pink Floyd, The Who and Warren Zevon, but The Beatles were always my “first love,” and hearing their music still fills me with a particular joy and nostalgic warmth. As an adult, I also grew to appreciate John Lennon more for his intelligence, passionate political beliefs and activism, things which I had not been able to fully appreciate as a young child. I have visited Strawberry Fields in Central Park many times to reflect and remember John, and share in the feeling of peace and love there with fellow fans.

Most of my lifetime has passed without John Lennon being alive, yet he is someone whom I will never forget. Lennon’s music and actions remain powerful forces and inspirations to many, even as we wonder what else he could have given the world, if he had not been taken from us at only 40 years of age. I am only two years away from that age myself, a sobering fact to contemplate as I feel I am only now coming into my own full artistic and creative maturity.

Of course, such realizations help one to see how important it is embracing and making the most of “living for today” as John wished for in “Imagine.” Whether the human race will ever achieve his wish of “all the people, living life in peace” may be doubtful, but his was a noble dream, and his legacy one to be truly honored.