The two recording sessions from May 11, and Oct. 26, 1956 from Miles Davis that produced Cookin’ Relaxin’ Steamin’ and Workin’ are widely considered the 2 greatest sessions in jazz history.

The fact it turned out so well is a minor miracle, as the 4 albums produced were all recorded hastily to fulfill Miles’ contract with the independent Prestige Record label.  Davis then went on to super-stardom with Columbia Records.

It’s unbelievable to me how polished this group was, how effortlessly they could crank out 4 classic hard-bop albums of this type of quality.

Any thought that Miles Davis was overrated, must quickly be dismissed, it’s impossible to deny these great recordings their mythic status.

The four Prestige albums reviewed are perhaps the best classic hard bop music you will ever hear, played by musicians, including John Coltrane, at the point where they were just coming into their own.

The title describes the mood of the music to a tee, ballads and medium tempo slow burners. “If I were a Bell” leads off the album, a track that stayed in the Davis song book all the way through the late 60’s.

Also Sonny Rollins’ “Oleo” and Dizzy Gillespie’s “Woody n’ You” get nice tight readings. It is amazing how Miles can make a standard his own, and many times deliver the definitive rendition of it!

Steamin’ was released in the Spring of 1961, the last of the quartet of albums to be released. Steamin’ is a set of all standards, not one original to be found. Miles and his men are just playing their standards set list in studio.

The results are pretty darned amazing, everything is crisp, but loosely played. Hard to imagine a better jazz band in 1956, and perhaps any era? 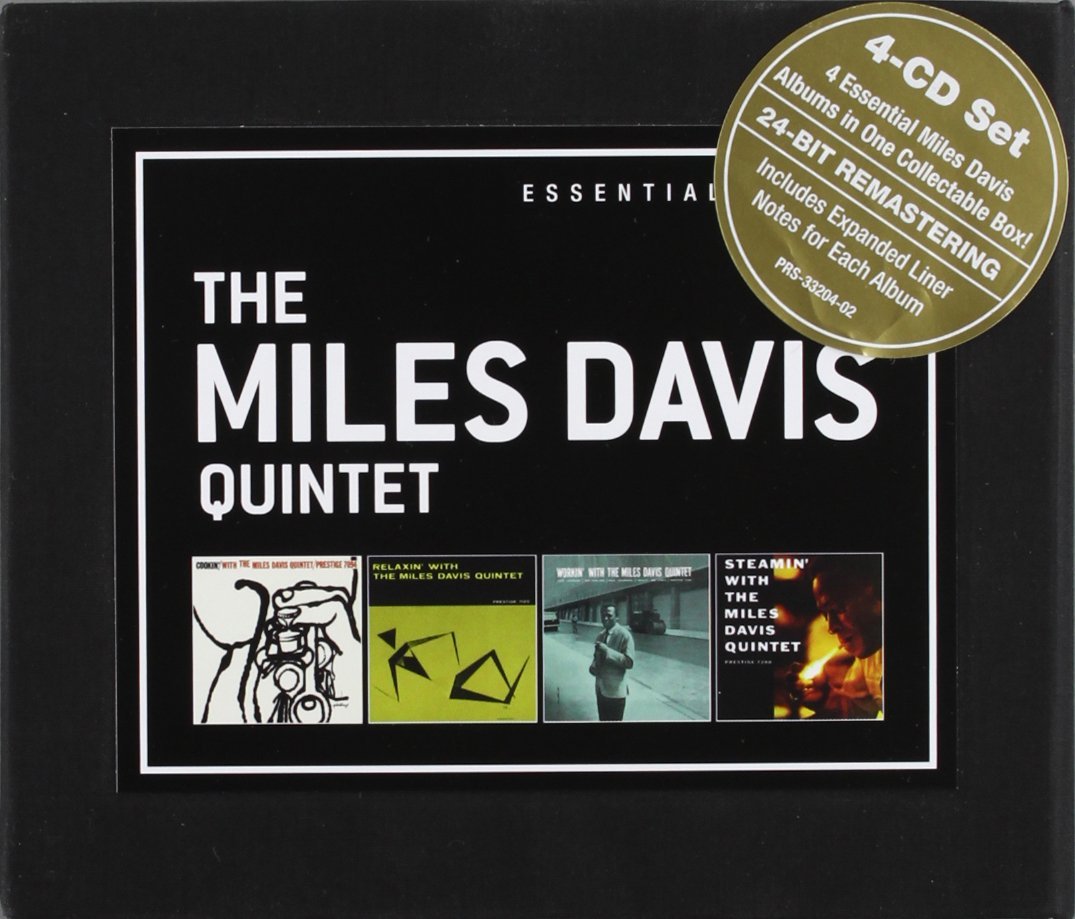 “Surrey With the Fringe on Top” the lead off track is a fantastic stroll in the park with Miles’ trademark Harmon muted trumpet sound, cracked and vulnerable, with zero pretense.

Other fantastic ballads like “Diane” and “When I fall in Love”  offer exquisite lyrical playing from both Davis and Coltrane.

Funny though, you don’t get the idea listening to these recordings that John Coltrane will become the perhaps the most important saxophonist of all time, only Charlie Parker comes close as a valid argument.

I Suppose you get a proto sheets of sound approach on these recordings. Coltrane really doesn’t develop into a revolutionary saxophonist until 1958, around the time he is fired by Miles for drug use after these recordings, and straightens out with Thelonious Monk.

Cookin’ is an aptly titled album, as the Quintet does just that, Cooks!

Of the four albums, Cookin’ is my favorite for sure, it’s not a land slide over Steamin” but the up beat classic hard bop gets your toes tappin’ more than usual. Miles’ reading of “My Funny Valentine” is breathtaking: Once again, the definitive instrumental reading of a ballad in my opinion.

“Tune up When Lights are Low” and “Blues by Five” both really do the Cookin’ title justice, these tracks are on fire, with great interplay within the classic hard bop frame.

In response to the album cover, Miles was quoted as saying: “After all, that’s what we did, came in and cooked”

As mentioned above, Miles was indeed Cookin’.

Workin’ is more of the same, mostly standards, but two from Miles and one from Trane. “Half Nelson”, “Four”, and Trane’s Blues”, also know as “Veird Blues” in the Miles catalog. The music is as good as it gets, expertly played with rare lyricism.

“Ahmad’s Blues” is a highlight: Miles favorite pianist Ahmad Jamal composed the track. Miles always said he respected how Jamal used space in his compositions, you can see some of the similarities in Miles own playing. 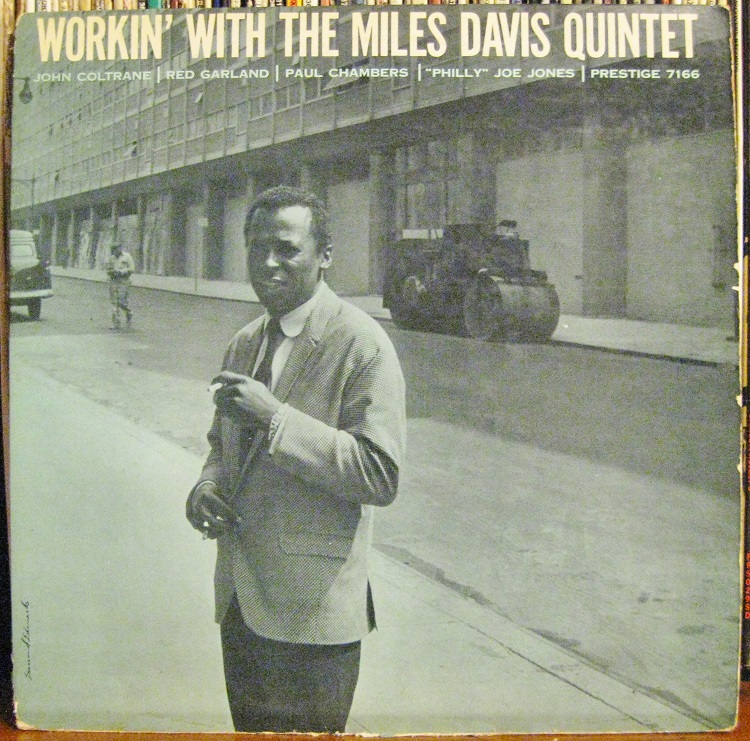 A five-year run for the ages

Imagine having this much talent? Being able to crank out quartet of classic jazz records almost as an afterthought? Miles from this point on would make “believe it or not” even bigger jazz history over the next 4 years. If you are someone who fallen under the spell of Davis, you must be overwhelmed by the variety of styles he excelled in.

Try listening to These 4 albums, then the mid 60’s albums ESP, Miles Smiles, Nefertiti, and Sorcerer, then the electric period music of In A silent Way, Bitches Brew, A Tribute to Jack Johnson, and On The Corner. You’ll realize fast this guy was on a whole different level as a musician and composer than an ordinary jazz musician. Who else comes close?

Moving just past the 1956 Prestige recordings

By 1960 Miles would be an international superstar, and with the all-time best seller Kind of Blue, and the Gil Evans orchestral collaborations. He would cement his legacy as one of the greatest jazz trumpeter composers in music history by, he was only getting started.