There’s a Difference Between Being a Fan, and Being a Groupie – a Big Difference 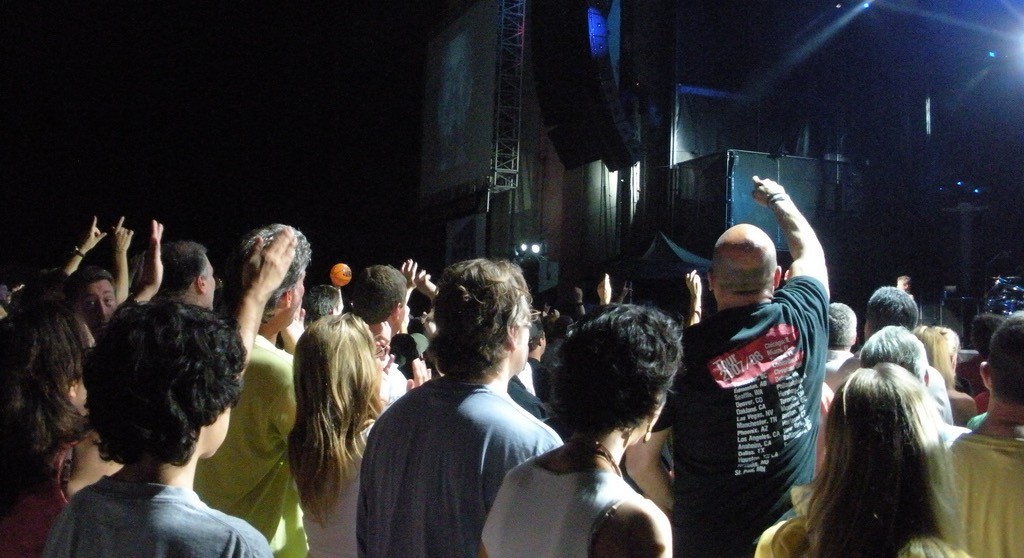 Photograph by the author, sockii.

The other day, I was en route to New York City with a friend to catch a concert. We were wearing coordinated rock band t-shirts as a bit of an in-joke, and to celebrate the fandom which had first brought us together. When we stopped for some coffee before our train, the Dunkin’ Donuts counter guy had to comment on our attire.

“Are you two in that band?”

“Erm, no,” I answered, a bit confused by the question. Not that I expect every random person out there to know who The Police are, but given we are both women, and the band members are three men whose images were on the shirts we were wearing, I should think it fairly obvious that we were not them. “We’re just been to their concerts… Many, many times.”

At that comment I had to restrain myself, and I could see the look of horror on my friend’s face as well. I only remained polite because of how much I desperately needed my coffee. “No. We are definitely not groupies. Just dedicated fans.”

Dunkin’ Donuts guy probably thought I was nuts and just grumpy from caffeine withdrawal. But thinking about what happened led me to more deeply consider the issue of “groupies” versus “fans.” What is the difference, and why would one not want to be seen as a groupie? Why did the assumed label of “groupie” make me so angry?

Because for the groupie, it’s not about the music. It’s all about her.

The groupie is in it to promote herself to the musicians she claims to love, and not the other way around. The groupie is desperate to be noticed by these musicians, and also by other fans. The groupie needs to be the center of attention, always. She wants to show off to everyone else just how special she is by how many photos she can collect while posing with her favorite musicians, how many shows she can get to, how many set lists and drumsticks she can grab at the end of a set. She’ll fight with, shove, glare and sneer at anyone who gets in her way in achieving these goals. There’s an ugliness to a groupie’s desperation that often shines through, even in those precious photographs she gets with her objects of desire. 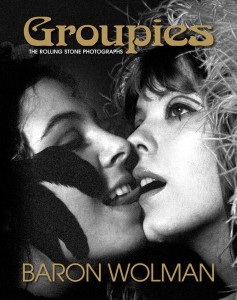 Groupies: The Rolling Stones Photographs by Baron Wolman, to be released October 2015. Will it change my mind about what it means to be a groupie? We’ll see.

The groupie likes to go on about how she has such a “special” relationship with the musician or band at the center of her fixation. It’s not about how much the groupie appreciates his music or consideration, but how much the musician appreciates the groupie. Yes, the groupie probably wants to have sex with her favorite musicians if ever at all possible, but more for the bragging rights than any feelings of true love or desire. When one object of desire is “conquered” in such a fashion, the groupie typically will want to move on to the next target instead of remaining loyal to the band she supposedly loves so much. Similarly, the groupie is likely to berate or give up supporting a musician if he doesn’t show any interest in her extreme attentions.

Contrast the groupie with the dedicated fan. Some use the phrase “true fan,” but I hate that term for the implication that anyone who doesn’t match his or her level of devotion is a “false fan.” The dedicated fan has a deep appreciation for a musician or band’s work, and goes to shows and buys albums to support the music she loves. The dedicated fan may go to great lengths to get to as many shows as possible, but it’s out of passion for the music, and not to score brownie points with the musician or to be noticed in the audience. The dedicated fan may be excited about the possibility of getting a photo, an autograph, or ephemera from the stage after the show, but will not make a fool of herself doing so. She will often do her best to make sure friends and other fans get their opportunity to do so as well, and not overly capitalize on a musician’s brief time after a show.

The dedicated fan may take hundreds of photos at a concert, but with the purpose of freely distributing them with other fans as soon as possible, so they can share in the experience of being there. She enjoys sharing her experiences and knowledge out of generous intent, not to somehow make herself look superior in other fans’ eyes. The dedicated fan may on some level, yes, have a crush on a musician or feel a certain level of physical attraction towards him, but she is happy to leave it at that. She is realistic about knowing that being a devoted fan does not suddenly make her the musician’s best friend, nor allow her access into his personal, private life.

The dedicated fan can, admittedly, sometimes get wrapped up in moments of frenzy. The excitement of meeting or being near a much-admired musician can sometimes lead even the most reserved dedicated fan to do things she normally wouldn’t do. But the difference between the dedicated fan and the groupie is, after the fact the dedicated fan realizes what she has done, and feels immensely guilty about it. The dedicated fan never wants to be seen as a pest, a bother, or heaven forbid a threat to the object of her admiration. Guilt and shame, in contrast, seem to be alien concepts to the groupie.

I’ve predominantly used the female gender here in talking about groupies and dedicated fans, but mostly because of the grief that female fans can face from male rock fans. Just like with Dunkin’ Donuts guy, there’s often an assumption by men that women who are into rock music are only into it because they think the musicians are “hot” and they want to sleep with them. It’s an insult and an unfortunate misconception, especially when I’ve seen male fans who can be just as rude, self-centered, and self-aggrandizing as any female “groupie” out there. Bad fan behavior in music fandom has no gender limitations.

So in conclusion, please, don’t call me a groupie. Don’t call my friends groupies. “Groupie” is an ugly term for truly ugly behavior, and something with which no genuine music fan would want to be associated.

This article was originally published at the Yahoo! Contributors Network on May 13, 2010.