Join the Kickstarter Campaign to help this documentary project make it to the screen. 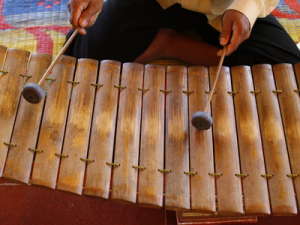 Would you be interested in helping to fund a fascinating documentary project, and have the chance for some really great rewards in the process? D’Drum – a percussion ensemble based out of Dallas, Texas – is looking to raise enough funds to finish producing a documentary about their collaborative project “Gamelan D’Drum” featuring drummer/composer Stewart Copeland, conductor Jaap van Zweden and the Dallas Symphony Orchestra.

Dare to Drum: A Documentary Film is the KickStarter campaign currently underway until October 7, 2013. They need to raise $95,000 in order to complete the filming and editing process, get the licensing rights for the orchestra performance, and other fees associated with bringing the film to life. Supporters of the project have the chance to earn amazing rewards as well, from DVDs and downloads of the film if and when completed, to a private jam session with Stewart Copeland himself! As a supporter of this project I wanted to help spread the word about it with this small page and why I think you should get behind it, too.

October 8, 2013 update: Good news! The project has been successfully funded!It came down to the final hours, but the film’s $95,000 funding goal has been met. Stay tuned for future updates on when the film may be finished and released.

“Gamelan D’Drum” was the end result of a nearly three-year long collaboration between D’Drum and Copeland, who received the invitation to work with the Dallas Symphony Orchestra just as the Police’s 2007-2008 Reunion Tour was drawing to a close. Copeland has long been involved with a number of eclectic musical projects, from an opera about the Crusades (“Holy Blood and Crescent Moon”) to a live-staged production of “Ben-Hur”.

D’Drum is a five-member percussion ensemble from Dallas, Texas, whose work has been featured in an award-winning PBS film about the band’s travels to explore world drumming and percussion. One such unique style of drumming and percussion that comes from Java and Bali known as Gamelan – it is the name of both the group of musicians playing the instruments and the collection of instruments themselves. It is an ancient form of music, predating Hindu-Buddhist culture in Indonesia – a truly “native” aspect of  the region’s culture. Featuring percussion instruments such as xylophones, bamboo flutes, gongs and drums, the instruments of a gamelan are tuned to work together – and often cannot be interchanged with each other.

To bring together these traditional Indonesian instruments with a Western orchestra – and a composer from rock music background – was certainly a novel combination that would face unique challenges. One of the first was to have custom-made gamelan percussion produced in Indonesia that were tuned to work with Western instruments. Gamelan D’Drum faced more challenges when its premiere performances were scheduled not just right before the SuperBowl was to take place in February 2011 in Dallas, but during what ended up being a terrible ice storm that immobilized the city! Would audiences ever have the chance to see and hear the hard work of the orchestra, D’Drum, and Copeland? Well…that’s part of the story that will be told in “Dare to Drum”…

Watch a preview of “Dare to Drum”

Reviews and other articles about Gamelan D’Drum

From the Dallas World Premiere and other productions since

For pledge amounts starting at $10 and going up to $10,000 you can receive some incredibly awesome rewards, with something cool for every budget or fan. For just $25 you’ll receive a digital download of the film when completed. For $135 you can get digital downloads of some of  Stewart Copeland’s other work for percussion ensembles – his original electronic recordings. For $650 you can get signed Stewart Copeland merchandise, a signature Blue Bell ride cymbal and other great goodies for drumming enthusiasts.

But pledge an amount in the four digits and the rewards really become amazing! For $1,000 you and a group of your friends can play in a drum circle with D’Drum themselves, at their Dallas rehearsal facility. For $3,000 D’Drum will give a demonstration at a school, your home, or other facility – a terrific item for teachers and those helping to spread excitement about drumming.  For $4,000 you can have a private drumming lesson with Stewart Copeland himself, and for $10,000 you and your friends/band mates can even jam with him at his amazing home studio, the Sacred Grove!

There are a lot of other cool rewards offered, so check out the Kickstarter campaign page to learn more.

Check out these great releases from Stewart Copeland and D’Drum 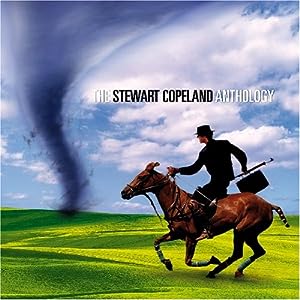 Explore the diversity of Stewart Copeland’s musical career and compositional work in this 2007 “Anthology” release. It features 21 great tracks (some previously unreleased) spanning from his early punk “Klark Kent” recordings through his wonderful scoring work for the television series “Dead Like Me”. It’s a great collection for those who may be unfamiliar with the diversity of his recordings and work outside of The Police. 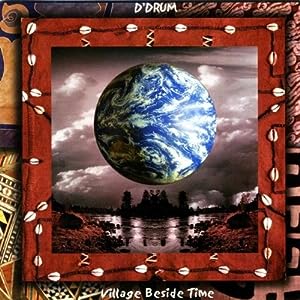 Hear more music by D’Drum in this 2001 release. The 11 tracks on this album – all performed acoustically by D’Drum – are “Like taking a tour starting in the South Pacific,through Asia, continuing on to Persia, Africa” according to a review by the Percussive Arts Society. This is sure to delight any lover of drumming and percussion-centric music, and give you more of a taste of the work of D’Drum.

Fan of Stewart Copeland & The Police?

Then you might enjoy my related articles on Squidoo

A Beginner’s Guide To The Police: Their Music and History
The Police were one of the hottest bands of the late 70s and early 80s, rocking the charts with such now-classic songs as “Roxanne”, “Message in …

Can’t Stand Losing You: Surviving The Police
In 2006, guitarist Andy Summers released his autobiography “One Train Later,” which chronicled his life in music – most notably his years in the treme…

Guitarist Andy Summers of The Police
Andy Summers is best known for his years as the guitarist for the rock band The Police. His innovative, instantly recognizable sound was as critical to the band…

Stewart Copeland – The Rhythmatist of The Police
Most people know Stewart Copeland as the drummer for the rock band The Police. But while his work with Sting and Andy Summers was some of his most popular, Stew…

Stewart Copeland Soundtracks
Stewart Copeland may be most widely known as the drummer for the rock band The Police. But he has also developed a notable career as a prolific and much in-dema…

Stewart, Sting, Andy and Henry: The Police Autobiographes
How many rock bands can you name where every member of the band has published an autobiography? Honestly, I’d like to know because I can’t think of any other th…

The Ultimate Police Fan Survey
Are you a fan of The Police, and band members Sting, Stewart Copeland and Andy Summers? If so, here’s your chance to sound off with your opinions on the band! Y…