The A-Team: The Complete Series on DVD. Buy it now at Amazon.

Growing up, my absolute favorite television series was The A-Team. The series aired on NBC from 1983 – 1987 for a total of 98 episodes. I was 10 years old when that first episode aired after Super Bowl XVII and immediately became a television sensation, so it was a weekly appointment on Tuesday nights up through my fifteenth birthday to never miss an episode!

The A-Team was, in many ways, the quintessential Regan-era American television program. It was a feel-good, pro-American, pro-vigilante show about men who had been wrongly accused of a “crime they didn’t commit” while serving their country in the Vietnam War. They now survived as soldiers of fortune helping the helpless around the world with the military police always hot on their trail. The A-Team was full of over-the-top violence, explosions, car crashes and helicopter chases—but of course, as became their trademark, no one ever got seriously hurt except occasionally the team members themselves! Writer/producer Stephen J. Cannell brought a wit and charm to the show, which rarely took itself that seriously—something many critics at the time completely missed. The humor and the perfect chemistry between the series’ actors were really what made the show so special and elevated it above many other action-adventure series of the era. 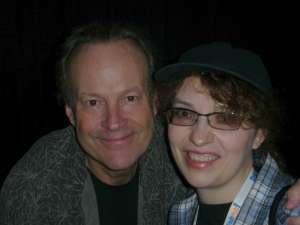 Much of the media attention was focused on series star Mr. T, who had become a huge sensation after appearing as Clubber Lang in Rocky III. With his mohawk haircut, gold chains and “I pity the fool!” tagline, he was one of the most unique and instantly recognizable characters on television at the time, that was for certain! But for me (and for many others of my age, as I would learn later on), the real “star” of the show was Dwight Schultz, who played the team’s insane pilot Captain “Howlin’ Mad” Murdock.  Schultz was easily the least known of the main series stars at the time (who also included film and tv star George Peppard and Battlestar Galactica’s Dirk Benedict), having mostly appeared in theatrical productions and small bit parts on TV and screen. But he brought incredible humor and intensity to the character of Murdock, and turned him into a character you could admire—and even aspire to be like, in a way, as someone who refused to live by society’s rules and embraced life with fantastical abandon. As a young teenager who felt “out of place” in my rural high school surroundings, awkward for feeling different, I turned to Murdock as my “hero” for just accepting and being who I was…even if people thought I was weird! Well, as long as it didn’t end up getting me committed to a mental institution like him, that is…

Okay, I also had a huge crush on Dwight at the time. And maybe even still do…

The A-Team‘s popularity began to wane by its third season, as the scripts began to get weaker (fewer written by Cannell and co-producer Frank Lupo), storylines repetitive, and tensions mounted behind the scenes between Mr. T and Peppard. But I was loyal to the show through to the end, even enjoying much of its strange fifth season which saw the team no longer acting on their own but under the orders of the mysterious government operative Hunt Stockwell, played by Robert Vaughan. Highlights of that last season was the clever episode “The Say U.N.C.L.E. Affair”, which reunited Vaughan with his Man From U.N.C.L.E. co-star David McCallum, and “The Spy Who Mugged Me”, a fun episode spoofing on the James Bond movies with Schultz doing a dead-on Sean Connery impression. 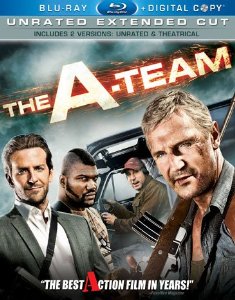 The A-Team remains a cult favorite with many today. Schultz and Benedict appear, often together, at media conventions around the world, and in 2005 the Channel 4 series Bring Back… did an episode on the show, reuniting cast members and reminding many of us why we had enjoyed the show so much when it first aired.

In 2010, the long-rumored A-Team movie finally was released, featuring a new cast which did an admirable job of capturing much of the original spirit of the show—particularly Sharlto Copley as Murdock, who received great praise and kudos from Schultz for his work.

You can find a lot of fan-activity related to The A-Team online as well, from fan-fiction archives and websites to many fan-made videos on YouTube (several of which I’ve included here). Fans may find the links below of interest as well:

The A-Team Trivia Quiz
Do you remember that great action- adventure series from the 1980s, ‘The A- Team’? Consider yourself a major fan and expert on the series? If so, here’s your chance to prove it with a fun and challenging A- Team Trivia Quiz. There are five s…

Dwight Schultz Fan Page
I was only 10 years old when The A-Team first aired on television, but very quickly it became my favorite show – perhaps of all time! And the main reason I was such a fan was because I was immediately captivated by the character of Captain ‘Howling M…