Acid rock and or art rock can be good examples of proto-prog: The Velvet Underground and Nico, David Bowie, and even early Frank Zappa fits into this category.

I accept that there can be a gray area here, between which band, and what album fits in what box. Perhaps the box placing is a futile exercise, but we do need some sort of historical perspective don’t we?

It is my belief that the first proper progressive rock album is King Crimson’s In the Court of The Crimson King: This is where it all came together, the mellotron and heavy disjointed guitars, almost everything before 1969 is proto-prog in my opinion.

Many bands like The Who continued to release music like this well after 1969. In fact, I would say that The Who’s Quadrophenia is a fantastic example of pre-1969 sounding music, that was actually recorded in 1973 by the way. At its essence, it is still proto-prog.

It is obvious that there are 5 main bands than come to mind, The Beach Boys, The Beatles, The Who, Pink Floyd and The Moody Blues. These bands basically brought rock music out of blues and R&B mimicry, and into the very creative psychedelic rock era of late 1960’s.

The Moody Blues do in my opinion deserve a lot of recognition, perhaps even more than the Beatles for the coming genre of progressive rock. The mellotron and perhaps melodramatic theatrics are directly related to them, so the Moody’s are to blame?

Bands like Genesis, Yes, and King Crimson developed the style further. Even Pink Floyd themselves, developed their own unique progressive rock sound after the Syd Barrett era ended.

Many consider Pink Floyd as the quintessential progressive rock band and even proto-prog band, pretty amazing when you think about it.

When you consider Pink Floyd’s legacy, especially the development of the proto-prog years, along with the stone prog classics like Dark Side of the Moon, Wish You Were Here, and The Wall, you could make a case for Pink Floyd being the most important of all the progressive rock bands? Pink Floyd sure sold the most records.

“Lucy in the Sky With Diamonds”

It is hard to write anything that hasn’t already been written about this Beatles masterpiece. The genius is in the production and the overdubs. The music is great, as well as the song writing and vocals, but the production technique makes this album feel like a much more is happening than actually is. “Lush” is a good adjective.

I think more than anything else, this is what Sgt Pepper’s is responsible for that searching spirit within prog. Bands like Genesis and yes really took this style and ran with it. some times those bands dove off a cliff, but the risks were taken. Sometimes they were failures, but other times, they were classic,.

The Who’s Pete Townsend often has exclaimed that Quadrophenia is his, and the Who’s Masterpiece. That assertion is certainly debatable, I personally like Who’s Next the best. That album would also qualify as proto prog. I really like the developed story of Quadrophenia though, and the incidental instruments and prerecorded every day sounds, mixed within the story of teenage angst for authentic effect.

In Search of the Lost Chord: The Moody Blues

The Moody Blues were Probably the band closest to prog as we know it. The heavy use of mellotron is my main reasoning behind that statement. No doubt the Moody’s lack that metallic hard rock edge, they could rock a little, but certainly not like Crimson or Genesis. Days of Future past sure sounds like a progressive rock album to me, Symphonic Prog.

The Doors are underrated as a progressive band: Just check out “When the Music’s Over,” The Robby Krieger guitar solo is bizarre and certainly sounds 5 years ahead of its time. The Doors just might have developed into an even more progressive rock group had Morrison straightened out.

Deep Purple’s “Smoke on the Water”

Every kid starting out on guitar, usually gets taught the Ritchie Blackmore penned tune early on in the learning process. Machine Head is an album that is definitely early heavy metal, and real close to progressive rock, another good example of proto-prog.

The Beach Boys’ Brian Wilson sure created a timeless classic here: Pet Sounds was quite simply one of the most beautiful records ever released.

It also doesn’t hurt when The Beatles Paul McCartney champions Pet Sounds as highly influential to him upon its original release, directly influencing Sgt.Peppers no less. It should be noted the Brian Wilson has stated that Rubber Soul from The Beatles influenced Pets Sounds, especially the unified single conception style within that album. 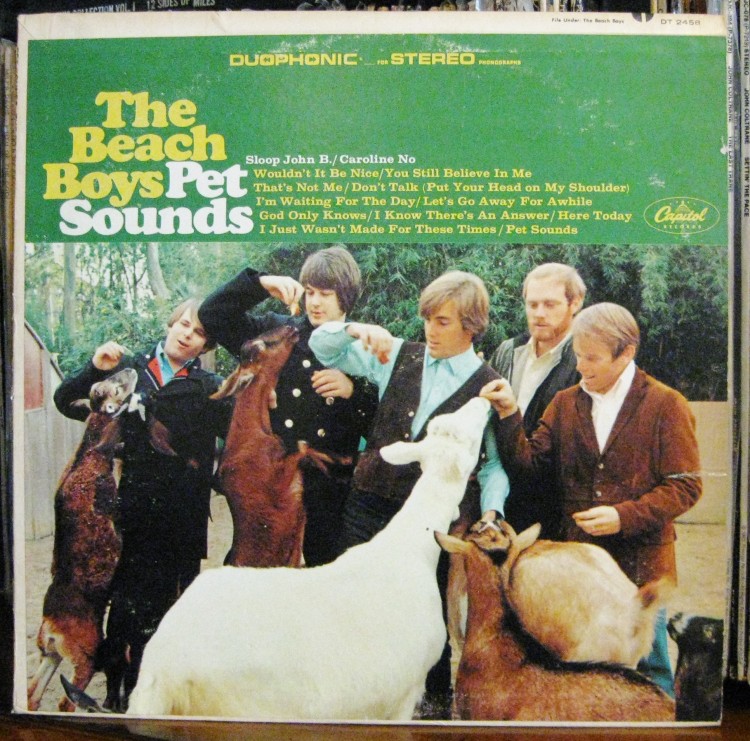 Are You Experienced?: Jimi Hendrix

Jimi Hendrix’s Are You Experienced might be the greatest debut album in rock history, and it is astounding to consider, that some of the music on this session was laid to tape as early as 1966.
Can you think of any other guitarist to come out of no where like this?

Nobody was playing like this in 1967, only Lonnie Mack could even approach this type of overall ability, but even he didn’t have this type of creativity. Are You Experienced is a quintessential proto-prog and heavy metal album.

Piper at the Gates of Dawn: Pink Floyd

Pink Floyd’s Piper at the Gates of Dawn is a classic Proto prog album if there ever was one, still heavily psychedelic, mainly due to singer guitarist Syd Barrett and his strange, from another world personality.
This is Syd’s album, and since he was gone soon after the album, the remaining members forged a different more polished sound, that later became what the band was best known for.

The track “Interstellar Overdrive” from Piper at the Gates of Dawn is an important track in progressive rock history. Considering the year was 1967, and Syd Barrett came up with the unusual descending riff, and probably not coincidentally, mirrors his own bizarre personality.

The tune, if not the entire album, “Piper” sounds like a man losing touch with reality, and that man losing the ability to care about it. Syd never did make it back. Syd Barrett’s legacy is large within proto-prog and Pink Floyd, but unfortunately only a footnote in rock history. It is also apparent to me, that this Barrett riff may have had an effect on King Crimson’s Robert Fripp.

It would be hard to deny the effect of psychedelic rock, you could almost make a case the music just morphed into progressive rock. There does seem to be a line where the psychedelic sound became prog: I mentioned above, I believe at this point was King Crimson, bands like Colosseum, and Traffic were pushing the envelope, but King Crimson combined the mellotron’s ethereal quality and hard rock’s distorted guitars.

When you listen to The Beatles Magical Mystery Tour or Sgt Pepper’s, then listen to Genesis’ Trespass or Yes’ The Yes Album, you can easily see the music’s jump off point.