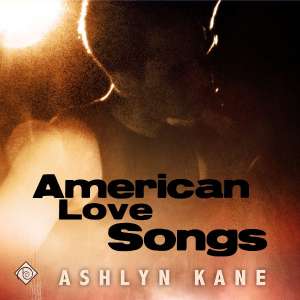 Once again, I found myself intrigued by an original gay romance novel set in the rock and roll world. And once again, I found myself disappointed by a book that failed to draw me into that world in a convincing way—a book that was far less satisfying to me than a lot of band-based fan fiction I’ve read in the past, in archives such as Rockfic and AO3, written by authors who have a real passion for the music and musicians they are writing about.

Ashlyn Kane’s American Love Songs follows the rise to stardom and personal romances of Wayward Sons, a small town rock band which, at the beginning of the story, has just lost their lead guitarist (the only woman in the group.) That leaves bassist Jake, who is gay and has a bit of a crush on their straight lead singer and childhood friend Chris, and Jimmy their drummer—who is pretty much an afterthought of a character in the book. But then out of nowhere a wandering young man named Patrick appears on Jake’s doorstep, guitar in hand and seemingly just what the band needs. He’s shy and quiet about his past, but his playing (and his looks) could help take the band to the next level. He might also be the one to finally capture Jake’s heart…but what secrets are Patrick keeping about his past?

We know from the very beginning of the book that Patrick and Jake end up happily together, via an opening entry from the band’s “blog”. So the story is going to be about their journey of falling in love, I get that. What it failed to deliver, to me, was any real tension or conflict along the way. The two boys meet, Patrick joins the band, the band starts building a following, the band gets a record deal and goes on tour. And so on and so forth. Along the way there are a few bumps in the road—like when Jake gets spotted in a random hookup with a male fan and is outed in the press—but most are all quickly resolved. The main tension is wondering and waiting for Jake and Patrick to get together, and what is it about Patrick’s past that he won’t talk about.

There are spoilers ahead about that, but let me talk about the other things that didn’t quite work for me in this book first…

Primarily I just felt like this was a book about a rock band which had very little connection to music and rock and roll at all. That is, I finished the book without having any real sense of what Wayward Sons’ music actually sounds like. I kept forgetting even that Jake was the bass player and Chris was the singer as so little is really said about music and how music is important to these characters. We only get one small snippet of any of their song lyrics at the very end of the book. Compare Ashlyn Kane’s book and these characters to, for instance, Cecilia Tan’s long-running Daron’s Guitar Chronicles, which is a work which really captures not just the mechanics of the music world but the passion and spirit of rock and roll. That’s what I really found lacking in American Love Songs.

I was going along with it all, however, as Jake and Patrick’s relationship seemed to be building in sexual tension and we seemed right on the verge of them finally getting together. And then we finally get the big reveal of Patrick’s secret: he’s gay too! He is just struggling with acknowledging it because of his strict religious upbringing, and the fact that his family disowned him for his sexual orientation.

At that point American Love Songs turned into what I refer to as an “idiot plot”: that is, all the conflict was just about two characters being idiots in how they deal with each other. Jake is mad Patrick didn’t tell him he was gay earlier. Patrick thinks Jake is incapable of having a serious relationship, the way Patrick would like to, because of the way Jake sleeps around. They sulk and are all morose about it until Jake proposes they be boyfriends without having sex until Jake can “prove himself” or something to Patrick, and Patrick is comfortable with having sex with him. I’m sorry but this is where it all fell apart to me as being very silly and unrealistic—and honestly a silly plot device I’ve read in other m/m romance novels written by women who don’t seem to have a clue about how mens’ brains (and bodies) work. So we get tedious passages of Jake and Patrick lusting for each other, kissing and groping and doing everything short of having intercourse until they finally have a big climatic sex scene—by which point I no longer cared and just skimmed through it all to get to the end.

All in all, American Love Songs was a disappointing read for me. It started out promising and technically the writing was fine. I was fairly hooked and breezed through the first 100 pages or so very quickly. The inclusion of the band’s blog posts wasn’t a bad device, although I found the “footnotes” added to Jake’s narration of the story too cutesy for my tastes. But the payoff just wasn’t there for me as a fan of both music fiction and gay romance. On both fronts, American Love Songs failed to deliver a believable and in the end satisfying story.