A Love Supreme is not smooth jazz 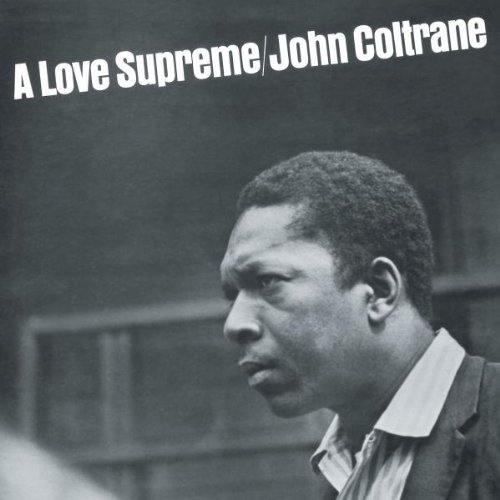 Did you know A Love Supreme from John Coltrane is the second best-selling modern jazz record of all time? Only Kind of Blue from Miles Davis has sold more.

A Love Supreme released in 1965 had actually sold half a million copies by 1970, an astounding amount for a record that is not soft around the edges. This music is visceral and not at all commercial.

Artists like Carlos Santana and Lou Reed have cited it as influential to their musical journeys.

At only 33 minutes, the album is brief, but says more than enough despite its brevity. A Love Supreme easily conveys its deeper meaning within the earnest, fiery saxophone playing from Coltrane over his inside the fox-hole brothers: Elvin Jones, McCoy Tyner, and Jimmy Garrison… passion, and guts, is A Love Supreme greatest trait… no false pretenses here, God should be proud.

Coltrane turns to the all-mighty:

John Coltrane like so many jazz musicians fell victim early on to drug use, Coltrane battled for several years, even losing his spot in the Miles Davis mid 50’s band because of it.

Trane eventually kicked the habit around the time he joined Thelonious Monk. Coltrane knew he had to stop, and decided the only way he could, was to become as close to a saint as he could.

From 1958 on, Coltrane devoted his life to music and God, with A Love Supreme being the pinnacle of both endeavors.

What Makes A Love Supreme so special?

For me, the searching quality, the pursuit of a higher power does come shining through on A Love Supreme. Beyond the obvious,  Coltrane’s technical abilities shine bright, the quartet seems to be on the same page to degree rarely heard with a band.

Coltrane’ is one of the few whose music can produce a mood so palpable, you feel the emotions he feels? Usually you need words to express a mood like that.

Elvin Jones on drums, McCoy Tyner on piano, and Jimmy Garrison on bass offer support on A Love Supreme that push the boundaries of quartet jazz. “Doesn’t this album seem like a larger band is playing”?

Part 1 of the suite starts with a call to arms fanfare, announcing to the spiritual, that God is in our presence.  To the aspiring saxophonist, God is playing the saxophone.

One of my favorite covers of this track is from one of the collaborations between guitarist John McLaughlin and Carlos Santana, the track is on the album Love Devotion and Surrender.

Resolution starts with a Jimmy Garrison intro and then Coltrane burst through in a very thrilling way. Resolution has become my favorite track from the suite, it is difficult not to listen to the suite in one sitting though. I do find my self playing this track a bit outside the full suit.

I like the Coltrane attack here, he really plays beyond what you could expect. I wonder what it must have been like for other musicians of the period hearing this album upon its release? I am sure a very sobering one for other saxophonists.

Elvin Jones begins this track with a tasty drum solo, Coltrane enters with a very probing line, “pursuance” if you will. “Psalm” which is sometimes treated as a separate track, begins with a Jimmy Garrison bass solo, then the suit ends with Coltrane’s praise of the all-mighty. 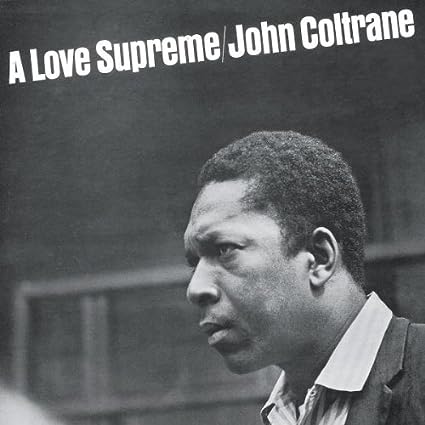 This expanded edition with the new liner notes and 20 bit remastering is fantastic. You get the only live performance of the ENTIRE suite from France.

I believe the last third of this audio was captured on film and is available on the jazz icons series DVD Live From France.

You also get several rehearsal takes, and a startlingly different sound version of Acknowledgement with Archie Shepp and Pharoah Sanders participating.

If you are a fan of the suite, you must have this for the live audio, and the expanded liner notes. I still think you should have a vinyl copy if you can get an early pressing.