Great opportunities for re-selling or just for the collection

When I began hunting vinyl records for my collection, I started seeking out the large LP lots. Buying in bulk was a great way to find unbelievable bargains. 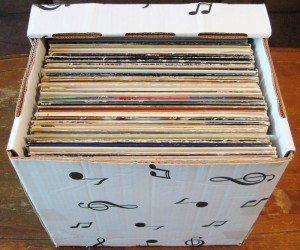 I was very surprised at the quality of what I was receiving too. Of course many times I would already have 1/2 or more of the records being offered, I didn’t really want duplicates. That was when I started my brainstorming: I bet I could resell the extras on eBay?

After a while I began to expand my efforts to thrift stores, record shops, and yard sales, but it all began with those lots. If you get a good enough deal you can re sell for 4 or 5 times what you paid for the entire lot easily, Its like being paid to add records to your collection.

Here below are a couple of really good eBay sellers that I have purchased from with great results. They are trustworthy sellers who specialize in large LP lots like these discussed here:

What to look for when hunting down records?

The obvious one here is to bottom feed from larger dealers who are looking to blow out inventory. For what ever reason it might be, they have so much inventory and not enough help or working hours to get stuff listed, and it’s just easier to sell in large lots to blow the stuff out.

Understand, that most likely this vinyl will not be super rare or highly valuable; but if you can get 70 rock LP’s for instance for 70 dollars,  it might be worth taking a flyer on. I always think about one dollar or less invested per record, unless I know I can flip it for a real profit.

Now a problem you run into is, sometimes the LP lot is a grab bag with no guarantee of what you will get, they do usually divide into genre though, unless I was able to get a lot for .50 cents a record I pretty much wouldn’t bother.

Here are some tips for hunting down cheap vinyl off-line to sell on eBay or at your local flea markets and block yard sales.

Keep your eyes open and be ready for sudden opportunity

You probably should keep some business card on you with ways to get in contact with you, if you run into someone who has a bunch of records just lying around and wants to get rid of them.

I have had this happen many times just waiting in line at the post office, people wonder what I am shipping, as the record mailers have a distinctive and obvious look to them.

Be sure to tell them up front about supply, demand, and condition issues about any records you might buy, and make sure they have a realistic idea about what you will pay.

Normally you’re talking about condition issues or records where the demand is not high, but if purchased cheap enough, still worth putting together genre lots or something.

Typically I will just make a blanket offer of 20 dollars for 100 LP’s sight unseen, many times they will bite on that first offer. If they all of a sudden start talking about eBay or taking them to a record dealer, just politely explain to them that you are dealing in bargain vinyl, and the profit margin is very slim, your offer is final.

Believe me .20 cents a record is much more than they will get at a record shop or second-hand media re-seller. It’s best to make sure the prospected seller realizes up front your realities.

Be prepared though, especially the older generation tends to be very suspicious and skeptical. Best to just move on if you feel distrust. Leave them a business card, or a contact number if they really want to unload some clutter. I always tell them about places like Half Price Books, and Local record shops I know about, just to be nice about it. They will learn quickly though, Half Price Books barely offers anything at all, that’s why they have such cheap prices on used records.

When you hit a big score: That’s why you dig in the crates, offline and online

A few years ago I took a shot at a Blue Note jazz record lot, 25 pre-1967 Blue Notes. They were listed as Very Good Condition. It has been my experience that very good for a Blue Note’s from 1955-1966 seem to play extremely well at that lesser grade. 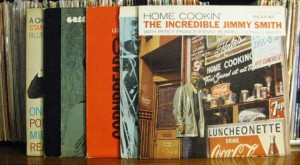 Of course I was worried that the seller may have over graded, there was not much of a history for this particular seller. I didn’t want to ask too many questions if the seller wasn’t an expert and was just unloading some found records. Too much info could have started a bidding war.

I ended up paying $425.00 for the lot, I was willing to pay twice that amount if I needed too, fact is, I would have 14 days to decide if the condition was correct or not.

As it turned out, the seller was very conservative with their grading, and several single records in the lot were worth more than what I paid for the entire lot. You do need to know about vinyl record grading too.

I ended up adding 25 records to my collection that would have cost me between 2 and $3,000 had I purchased through less risky means. In other words, I would have not been able to afford it.

I have since sold half of them to make my money back, so in the end I added 23 records to my collection at no charge. You won’t believe some of the vinyl you can find if you stay persistent. Here’s one such example of a record I found in a Local Dayton Ohio record shop.

*All photos are my own*