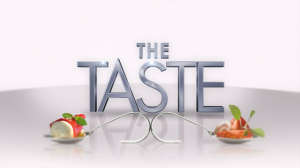 I’ve been catching up on this season of ABC’s cooking-themed reality series The Taste, which began airing at the beginning of January 2014.

I didn’t watch the first season—I guess because I missed when it was airing as I don’t tend to watch much of anything on ABC. But given how much I love many other cooking competitions, and considering there are no versions of my favorite MasterChef airing, I decided to give it a chance.

So far? I’d say there are elements of the show I really like—and more so than compared to MasterChef—but other aspects of the show I’m not crazy about, either.

The Taste: How The Competition Works

The Taste in many ways seems to be a cooking-themed version of NBC’s The Voice. Hopeful chefs and aspiring foodies audition “blind” for the four professional mentors of the show: Anthony Bourdain, Nigella Lawson, Ludo Lefebvre and Marcus Samuelsson.  They can only present one “taste” of their dishes for the judges, who do not know what they are eating nor anything about who prepared it. The mentors then vote yes or no on whether they’d want that cook on their team of four, before ever seeing the cook or talking to them. If more than one mentor wants a cook, they have to do their best to convince that person to be on their team. 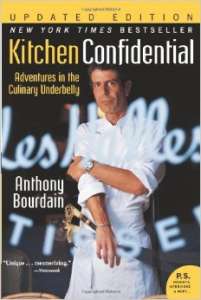 Once the teams are picked the regular battles begin. In the weekly team competition, the mentors give their team a theme or ingredient, which they each must prepare a dish around. The mentors give advice and help out, and then must pick the best dish on their team for tasting by a guest judge. Once again, the tasting is done only by one spoonful. If a team wins a “taste”, they get a mentoring session with the guest judge. The losing team must put up one team member for elimination, although the mentor makes the final decision based on the team mates’ feedback and their own feelings. (Similar to eliminations on Hell’s Kitchen.)

Then, there is an individual challenge where all remaining contestants must compete, preparing a dish around a theme like “Guilty Pleasures” or “My Life on a Plate”. The judges each pick their best and worst “tastes”, again not knowing who cooked what—and those who have a worst dish are also placed up for elimination. The four mentors must make that decision, and there can be a lot of drama as a mentor may try to fight for one of their team members to keep them in the competition. The decision takes into account past performance (including winning challenges), so it’s not entirely based on just the dish up for elimination.

One of the things that struck me about The Taste in comparison to MasterChef is the experience range of the contestants. On The Taste, the contestants are both professional and non-professional chefs: some have run restaurant kitchens, some own food trucks, some are just food bloggers or other amateur cooks who just love food. So while in a way the professionals may seem to have an “unfair” advantage, it’s always interesting when one of the non-professionals ends up ahead or holding their own on the show. That’s different than MasterChef where one of the rules is that you can’t have worked in a professional kitchen, although sometimes some of the contestants seem to skirt very close to those rules (like last season winner Luca, who managed a restaurant in NYC.) 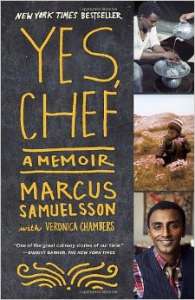 These contestants also come in a wider age range than those on MasterChef—a show where personally, having gone through a few audition rounds myself, I believe there is a very strong bias against casting older contestants (something I’ll be writing about in more detail in a future article). On MasterChef, despite supposedly spotlighting the “best home cooks in America”, all the contestants typically are in their early 20s to mid 30s with maybe one or at most two token 40- or 50-something each year. How is this representing people who have a lot of experience cooking at home? On The Taste, this season, the age range of competitors is 27 – 56, with only 1 in the 20s, 7 in the 30s, 3 in the 40s and 4 in the 50s. I feel this makes for much more interesting competition with people who actually have interesting life stories, and experience with cooking as well.

Another thing I like is that a lot more of the show is focused on the actual cooking, in a kitchen, than silly stunts like making a meal on a beach for a couple hundred surfers. I don’t know if the format changes in later episodes, but here it’s nice to see a lot of hands-on stuff with the mentors actually interacting with the cooks and giving advice in a positive, encouraging way—even if the cooks don’t always take it. I’m also a big fan of both Anthony Bourdain and especially Marcus Samuelsson, who  comes across as such a gentleman and fair-minded judge. I always enjoyed when he was a judge on Chopped, for instance.

Nigella and Anthony on The Taste

What I’m Not Crazy About on The Taste

That said, a few things don’t sit well with me about the show. One of the things that irks me is the mentors’ attitudes toward vegetarianism and veganism‚ pretty much forcing (or bullying?) a so-called vegetarian contestant into tasting and cooking meat dishes, and even using foie gras. Now, I’m pretty far from being a vegetarian myself, but I would still refuse to cook with foie gras because of the inhumane methods by which its produced; even as an omnivore I have my limits! I’d have more respect for the show, and the mentors, if they allowed those contestants to cook vegetarian options instead. I guess they figure that would make it more difficult for the “blind tastings” to be truly blind, but I’d also like to see more of the non-vegetarian chefs realizing that not every dish has to contain meat products to be good.

Of course, I also say “so-called” vegetarian about one of the contestants this year, Cassandra Bodzak, because I can’t figure out what she actually. She auditioned with a vegan dessert dish, talked about being vegan or vegetarian and not wanting to taste a chicken dish,  then was later talking about actually eating and liking fish? I had the same issues with Bri on MasterChef last season, who billed herself as the vegetarian contestant but then actually talked about being pescatarian, how she would eat fish “if she had to”. Just be upfront about who you are and what you cook (and eat), and I’ll have a lot more respect for you no matter what your dietary preferences may be. 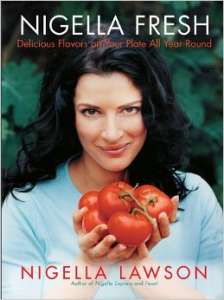 “Nigella Fresh” – one of the many published cookbooks by The Taste’s Nigella Lawson.

I also find the whole one-bite/one-spoon tasting system a bit limiting. I get that it’s part of the concept of being only about “the taste” of a dish. But then it seems like some too much of the challenge each round becomes about balancing and putting together that one spoon (or cut) of food that can’t be eat using utensils.

The show still also gets into too much personal drama and pettiness between the competitors for my, well…taste. I know that’s reality tv editing at work, and I guess thinking that us American viewers can’t be interested a cooking competition unless there’s other drama going on. But for me? It’s just tedious and boring. Can’t we just focus on the food and cooking, like on BBC’s  MasterChef: The Professionals? I don’t need the snark with the professional chefs putting down the food bloggers.

All told, I’ll keep watching despite these criticisms and I do have a couple favorites I hope will make it far—consider me “Team Shehu” and “Team Marina” right now. I might even look into what the casting call situation is for future seasons, if there is one, as it does look like it could be quite a challenge and learning experience! (Hey, I always like to dream…)

The Taste vs MasterChef: Your Thoughts

Which show do you think is the better competition? Feel free to leave your comments below!