Eight Classic 80s Theme Songs as Memorable as the Series Themselves

Theme songs are important in setting the tone and atmosphere of a television series. Here, the author lists her picks for the Top 8 TV theme songs of the 1980s.

This article was originally published on Associated Content/Yahoo! Contributors Network on April 24, 2010. 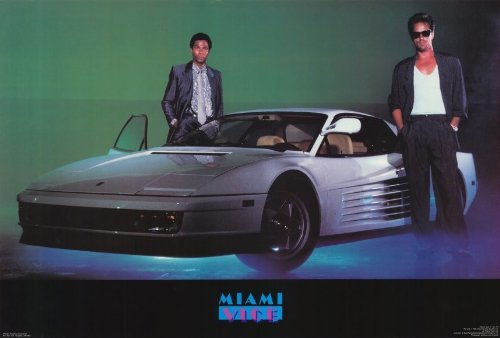 Miami Vice – one of the biggest hits of the 1980s and with one of the decade’s most popular theme songs as well. Poster available at Amazon.

Are you a Child of the 80s? If so, you probably fondly remember the classic television series of the decade. From wonderful ensemble and family sitcoms to over-the-top action/adventure dramas, the 80s were a great decade for television. And a huge part of what made many of those 80s shows memorable were their great theme songs. Perfectly capturing the mood and atmosphere of their respective television series, they are theme songs which can still transport one back to that decade when heard today.

Night Court ran on NBC from 1984 to 1992 and starred a large ensemble cast including John Larroquette, Markie Post, Harry Anderson and Richard Moll. Set in a Manhattan courthouse during the night shift, the series garnered most of its laughs from the odd and ever-changing array of characters who came in and out of Judge Stone’s courtroom. Jack Elliott composed Night Court‘s funky, bass-heavy jazz theme song. This theme song captured the upbeat, quirky feel of the show, as well as the “cool” vibe of late-nights in New York City.

If Night Court made evenings in New York City look like crazy, unpredictable fun, The Equalizer made them look equally dark and dangerous. This action/crime series ran from 1985 to 1989 on CBS and starred Edward Woodward as a vigilante-for-hire with a mysterious past connected to a spy agency. Gritty, violent, and fast-paced, The Equalizer was scored by Stewart Copeland, known to most as the drummer with The Police. With The Equalizer, Copeland honed his soundtrack composition skills, which would end up becoming his primary career for the next two decades. Copeland’s theme song for this series was unsurprisingly rhythmically complex, brooding and urgent. Sounding unlike anything else on television at the time, The Equalizer‘s theme song was one of the 80s best and most memorable.

Knight Rider was one of the most unique and bizarre action series of the 1980s. What else can one say about a show that featured a talking, high-tech car with artificial intelligence? Starring David Hasselhoff, this science fiction/adventure series was described by creator Glen Larson as “Lone Ranger with a car” and ran on NBC from 1982 to 1986. Its electronica-heavy theme song, composed by Stu Phillips, is still instantly recognizable from the opening pulsing keyboard notes. At a time when anything computerized was a novelty ready to capture America’s imagination, Knight Rider was a huge hit, and its theme song a perfect counterpoint to the series’ ideas and atmosphere.

Another Glen Larson production, this time with co-creator Donald Bellisario, Magnum P.I. made Tom Selleck one of the 1980s hottest hunks. This crime drama set in Hawaii ran on CBS from 1980 and 1989 and was one of the series responsible for making the 80s the era of high-testosterone, action/adventure television. Magnum P.I.‘s theme song, composed by Ian Freebairn-Smith and Mike Post, set the series high-paced mood, but also hinted at the show’s lighter side (and Magnum’s romantic exploits). Electric guitars segue into strings and horns, then back again, all over a solid rock beat. It’s a sound that would be echoed through much of Mike Post’s composing work on many action shows of the decade.

Perhaps the most well-known sitcom of the 1980s, Cheers ran for eleven successful seasons on NBC from 1982 to 1993. Following the stories of the regulars and staff of a bar in Boston, the show featured such stars as Ted Danson, Shelley Long, Kristie Alley, Woody Harrelson and Kelsey Grammer – some of whose careers would break out thanks to the series. Creating the mood in the opening credits was Gary Portnoy‘s perfect theme song, “Where Everybody Knows Your Name”. How else would one describe the appeal of the establishment to its regulars – and also to viewers, who became so invested for years in these characters’ stories?

The A-Team is almost synonymous with 1980s television: over-the-top action, vigilante-style justice, pro-American sentiments, and of course, Mr. T. Also starring George Peppard, Dirk Benedict and Dwight Schultz, The A-Team was a mega-hit for NBC and ran from 1983 to 1987, regularly near the top of the ratings. The A-Team‘s unmistakeable theme song opened the show every week with its military-style drum cadence. Written by Mike Post and Pete Carpenter, the theme song then burst into gear itself, promising high action and comedy as only Mike Post could. When the series theme song was “updated” in the show’s final season with a more synthesizer-heavy sound, it just wasn’t the same – and neither was The A-Team.

No series in the 1980s combined music and story-telling to the extent that Miami Vice did. At a time when music videos were at their peak of popularity, the show often felt like a long-form music video itself, heavy on style, atmosphere, and visuals over substance. The heavily rhythmic, synthesizer-laden theme song of Miami Vice, written and performed by Jan Hammer, announced that atmosphere perfectly from the start. Latin-style drum fills tied the song to the show’s Miami setting, while keyboards and guitars made it sound cutting edge to 80s audiences. Starring Don Jonson and Philip Michael Thomas, this hit NBC series ran from 1984 to 1989, drawing to a close just as the decade did itself.

One of the quirkiest shows of the 1980s, Greatest American Hero was an action/science-fiction series created by Stephen J. Cannell. Greatest American Hero starred William Katt as a teacher who turned into an awkward “superhero” after he received a special red suit from a group of aliens. The “Theme from Greatest American Hero (Believe It or Not)” was performed by Joey Scarbury, and written by Mike Post and Stephen Geyer. This theme was so popular that it actually became a hit outside the series, reaching #2 on the Billboard Hot 100 charts in 1981. Lighthearted, catchy and optimistic, not only did the theme song set the mood for Greatest American Hero brilliantly, but it could almost be seen as a theme for the 1980s itself. Greatest American Hero itself would not even last in popularity as long as its theme song, running only for three seasons, from 1981 to 1983, on ABC. 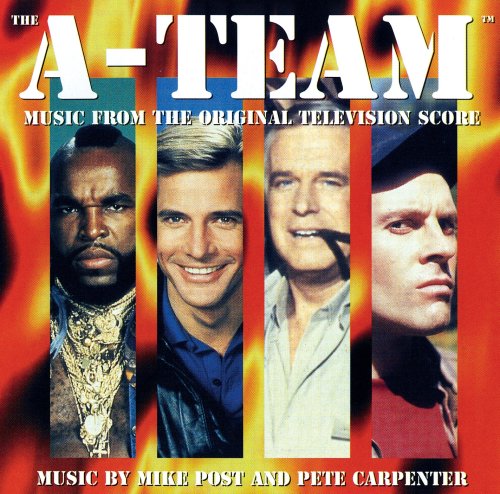 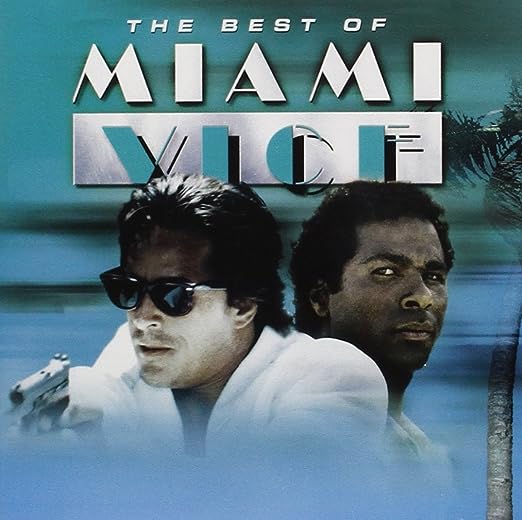