This essay was originally published July 2006 at FanHistory.com. 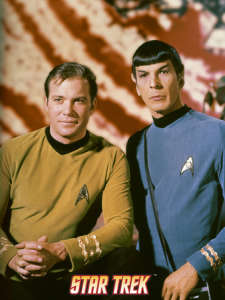 The fan fiction community has always had minors in it. This dates back to the early 1970s. Given this and the issues of adult content, many fanzines started requiring age statements before zines would be put in the post or sold to a person at conventions. Conventions featuring slash or with adult material present began to lock out minors. These attempts to lock out teens were usually successful but there were cases when teens got access to this material anyway. In one case in the Star Trek fandom, a teenager, with consent of her mother, lied in filling out an age statement and was sent Kirk/Spock material. When this was learned, the teenager was generally shunned.

The procedure, in the United States, around 1981, if you wanted to get an adult content fanzine generally involved sending the fanzine publisher a copy of your drivers license. According to accioslash, “A signed statement reading, ‘Honest guys, I’m really 18’ didn’t cut it as an age statement.”

Monitoring the ages of people became a bit more difficult during the 1990s as fandom moved on-line. The consequences of providing minors adult material were also a bit more worrisome because, in 1995, the Communications Decency Act was passed in the United States. There were serious fears so many lists and on web based archives. Teens became even more locked out of fandom.

By 1997, teen members were becoming a more visible and active force in the fan fiction community. Unfortunately for them, there was a lot of legislation out there which made adults uncomfortable with having this age group as full participants in their on-line activities. Some of this legislation included acts like the Communications Decency Act. At the same time, there had been historical borders keeping out teen members from age statements to a general inability of teens to be full members because they lacked the money to buy zines and attend conventions. In response to these issues, teens created their own communities. Some of the communities they created included the DD Teens (a mailing list created by teen fans of David Duchovny), the p/t teens1 and the b5teens (a Babylon 5 mailing list).

By 1997, the fan fiction community was aware that there were younger readers out there. They had special needs in terms of content acceptable material. In reaction to this issue, and the feelings of polarization of some members of the adult community feeling overwhelmed by the sheer amount of smut out there, a number of fan fiction archives and communities had sprung into existence to address these needs. Two such archives and communities was the Usenet group alt.startrek.creative.all-ages run by Stephen Ratcliff in the Star Trek community and the G-Files, an X-Files fan fiction community hosting only stories that were rated G. 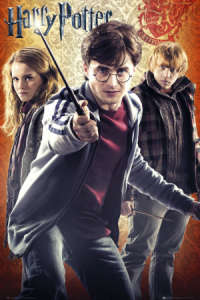 By 2001, teen mailing lists declined in importance and began to die.

Adult content control access became an issue again in 2002 with two important events happening. On the anime side of the broader fan fiction community, Aestheticism shut down their adult protected fan fiction archive hosting on Virtual City. The Harry Potter fan fiction community had an opposite reaction. There were efforts to restrict access to adult materials so minors could not access them as readily after a Harry Potter site, the Restricted Section, was targeted with a cease and desist notice for their adult content. This event happened shortly after an article by The Scotsman newspaper which focused on this content.

Teen representation in fandom hit all time highs by the mid 2000s. This can be seen on FanFiction.Net where users under the age of 18 accounted for 42% of all the site’s traffic. It looks likely that this dominance in fandom will continue.

1 p/t teens was a mailing list created by Niamh Crilly and Janis. It was dedicated to the Paris/Torres pairing on Star Trek: Voyager and was for teens. It was intended to be an alternative to PTFever as that list only allowed members aged 18 or over. The mailing list probably had 40 members and saw its peak membership in 1998. Its members also included Mariah Osmundson and Jefflver47. It also established a website on Geocities, which was abruptly deleted by Geocities, and hastily restablished on ptdreams.com. When the latter website closed down, it was moved again.