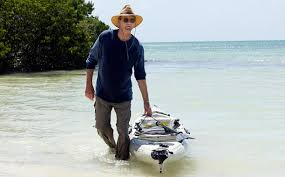 Episode two brings the family together to rally around their father Robert who is in the hospital after suffering a stroke. As the last person to see their father before the stroke, Danny finds himself at the center of his siblings inability to trust.

Danny tries to come to terms with his father and the anger between them. As memories surface and are shared with us, we see that the secret that is between them is less about each man and more about something darker.

But even in his anger, Danny cannot walk away from the damaged strings that tie him to his family. He needs answers, he needs understanding and he needs his family to admit they were wrong when they decided to cover up whatever it is that we do no know about. Yet.

Flashes of memories are flickered across the screen. As Sally sit in the hospital waiting room, while waiting for word of her husbands condition, she sees an image of her oldest son as a teenager in a mirror. The look shared between mother and son tells of trouble, anger and pain.

Meanwhile John, played by Kyle Chandler, continues to struggle with his own memories of the moment when his life and the lives of his family were changed forever. We see another memory uncovered during a fight between Danny and Kevin that John stops when Kevin confronts Danny about the moments before their fathers stroke. We know these brothers were close and their separation saddens us.

John is also digging deeper into the mystery surround the bodies that have washed ashore. While he tries to find clues and answers, he has no idea the tangled web he’s walking into.

Danny continues to find his own way. Understanding that his siblings and his father don’t want him around, he plays to his mothers sympathies. She grants him permission to stay and puts him to work in the family business. But Danny has bigger plans for himself and the family.

We see Danny as a shady character, the outsider. We know he’s done something that must be awful, the way his siblings decide his fate based on their fear of him and his past ways. His drug use connects him to people beneath the Rayburn name and opportunities that will drag him further into a world where he feels he can finally right the wrongs he feels he’s been subjected to.

Robert Rayburn continues to recover from the effects of the stroke and the mini-strokes that keep him in the hospital. As his children discuss what to do with their sibling, we discover Meg, the youngest daughter and attorney of the Rayburn family has not updated her fathers will according to his instructions. She put it off, like so many of us do, and now finds herself in a tight spot. Her father wanted Danny out of the will, but without an updated version, Danny is still a part of the family and the business.

We also learn that Meg has her own secrets, something Danny picks up on. He’s got to find what ever he can on every one of his siblings to get them to let him be a part of the family and the business. And Meg, as the family lawyer has a lot of power to make the changes Danny wants made to the will. The small conversations that take place between these two give Danny the opportunity to plant seeds of doubt into her mind and guilt her into facing her own conscience.