Yes, it is true, Miles Davis did indeed have a love affair with Paris France. Miles Said: ” It changed the way I looked at things forever, Paris was where I noticed, that not all white people were prejudice”. 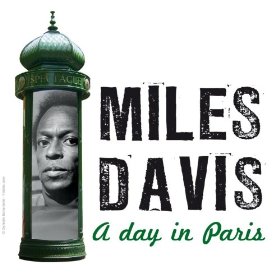 This would have been a powerful paradigm shift in Miles’ Life. Miles Made his first trip to Paris at the age of 22 in 1949, by this time though, Miles had already struck up a friendship with white Canadian arranger Gil Evans.

It’s pure speculation on my part of course, but I think that Gil Evans had to have had a positive effect on Miles regarding the thoughts he had about all white people being racist, they did remain friends and some time collaborators for the rest of Gil’s Life.

The culture shock must have astounded Miles: In America, jazz was marginalized, as were African-American people through Jim Crow laws. While in Paris, Jazz Musicians including Miles, were treated like royalty.

By 1981, the old racist traditions were finally tempered here in America. Miles in the U.S. finally received the respect he deserved from pop culture, and he received the royal treatment within the jazz establishment during that time period, with a few notable neo conservative exceptions.

Only the jazz protectors seemed to belittle what he was currently doing, melding funk and world music styles with jazz. Ironically, they were criticizing Miles for exercising the freedom to play the style of music his heart desired, why must the music be labeled at all?

Why did Miles retreat to Paris?

After Miles and his first great quintet fulfilled the prestige contract in 1956 just after Miles signed with Columbia, drug problems with members of the band, Coltrane presumably, lead Miles to seek refuge in Paris once again in 1957.

As it turned out this worked out for everyone involved, Coltrane went on to play with Thelonius Monk and kick the heroin habit once and for all. Miles went to Paris and did the Film Score for Louis Malle’s Ascenseur Pour L’ Echafaud, and had a love affair with the films lead actress Jeanne Moreau.

Miles came back refreshed, and was ready to conquer the jazz world with the Columbia Records masterpieces like Milestones, Kind of Blue, and Porgy & Bess.

In this case, Paris came to Miles, as Michel Legrand (1932) came to New York to assemble as many great jazz musicians as he could find. If you can get an original vinyl copy of Legrand Jazz, do so, I feel it is the best way to hear this underrated jazz classic. 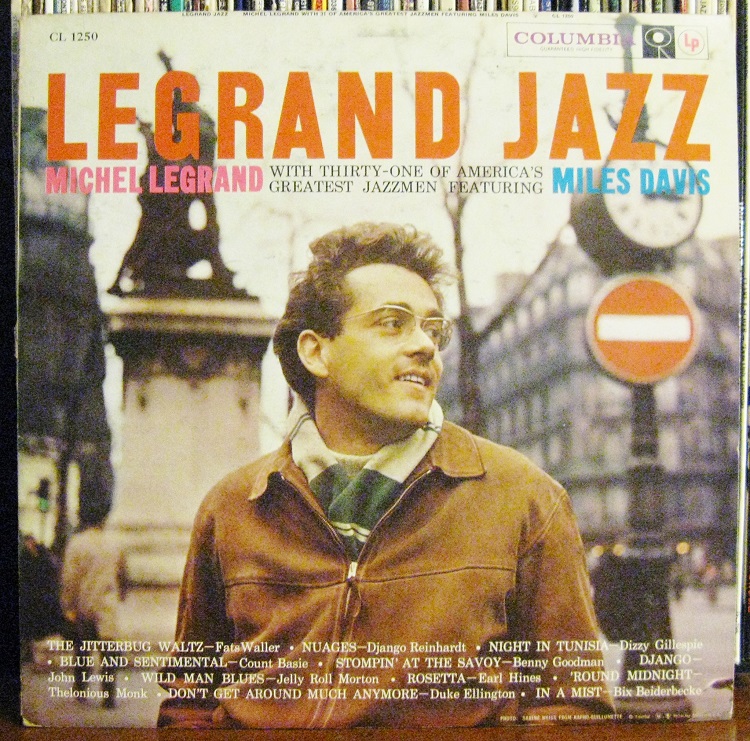 Miles only appears on 4 of the tracks on Legrand Jazz, “Wild Man Blues”, “Jitterbug Waltz” “Django” and “Round Midnight”.

All tracks are extremely inventive, and in some cases give the originals a run for their money.

Michel Legrand was primarily known for his film scores, and rarely did jazz arrangements.

Legrand Jazz works well, and shows Legrand had the ability to be a great jazz arranger. Michel Legrand is a 3 time Oscar Winner and a 5 time Grammy winner.

Ascenseur pour l’echafaud was a Grammy nominated French Movie soundtrack for the Louie Malle film of the same name. The film score was important because Milestones and Kind of blue were direct descendants from this music, not only some modal sketches, but the mood of Kind of blue is all over this music. I think the Birth of the cool from the 1948-1950 period also has a similar vibe to “Lift to the Scaffold”.

Miles,  already well-known for his romantic and vulnerable trumpet tone. The site of the delightful Jeanne Moreau’s lonely walk, looking for her husband, while quite possibly the most lonely and heart wrenching trumpet playing Miles ever recorded, the combination is irresistible .

This example below is the embodiment of what Miles Davis was as a trumpet player during his rise to popularity during the mid to late 50’s. It’s easy to see why those who fell in love with this particular sound felt alienated when the rock and funk rhythms were introduced.

Lift to the Scaffold

It is fascinating to me that The soundtrack for Asecenseur pour L’ echafaud is such a well-kept secret in the Miles Davis discography.

I think it is due in part, because much of the music has many film ques and other monotonous drum effects that people lose patience with. This music as a whole does foreshadow the modal jazz that was to come for Miles.

I always thought the Gorgeous Blues “Generique” could have been on Kind of Blue or Round About Midnight, the latter probably being a better fit.

Miles went to Paris, and was scheduled to perform in November of 1957, Louis Malle approached Miles about doing the film score, After a private screening Miles Agreed to do it.

Miles only gave his musicians rough sketches of the things to play, and the film was being played in front of them while improvising the music off the cuff.

Any serious Miles Fan should own this soundtrack, just be mindful that it is a film score and some parts don’t work as well as others apart from the film.

This performance from the Paris Festival International is an archival recording, “and it sounds like it too”, you really have to have a high tolerance for surface noise and tape hiss.

They have done their best to clean these up and it a worthy listen. but do not expect a miracle here sonically. Tadd Dameron (1917-1965) was the leading arranger of the bop era, he composed several standards from the movement, “Good Bait” “Hot House” “Our Delight” and “Lady Bird” .

He was without a doubt one of the most important composer/arrangers of the era, unfortunately like many of his contemporaries, he succumbed to drug addiction and eventually had several heart attacks, Tadd died from cancer in 1965.

Just looking at Miles’ career nearly 25 plus years since his death, it is obvious how important Paris was to Miles. Equally as important were the people of the city who welcomed Miles with open arms.

Not that they needed a pat on the back for being smart enough to know good music, but rather for the ability to be color blind,  a trait that came as easy to them as it was for Miles to make a hit record.

Photos my own or used with permission via Amazon.com.