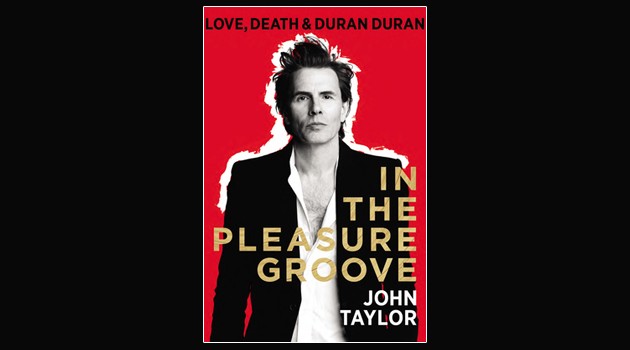 In the Pleasure Groove by John Taylor. Available at Amazon.com.

Like many teenage girls in the 1980s, I was a huge “Duranie” and went through a phase of being madly in love with John Taylor, the gorgeous bassist of my favorite band at the time: Duran Duran. While that teenage crush might have faded through the years (or shall we say matured?), I remain a major fan of Duran Duran today for their music, incredible live shows, continued creativity and perseverance. I am fascinated by the story of the band and how they’ve managed to keep going through the decades when so many other bands and artists of their era and scene have faded away into obscurity.

John Taylor’s autobiography promised to tell his fascinating story of unlikely success and stardom, from his shy youthful days to the glitz and glamor of Duran Duran’s 80s heyday. “In The Pleasure Groove” also promised to reveal much about John’s personal life, struggles, and also his addictions that at one point lead him to leave Duran Duran entirely and enter rehab. Did it deliver on those promises? To an extent, most definitely. An easy-to-read autobiography, John’s story may not reveal a lot that serious Duranies don’t already know. But for a more casual fan it’s a great introduction to their story and many highs and lows.

Born in June of 1960, shy only-child Nigel John Taylor did not immediately seem to have “rock superstardom” in his future. Yet in 1978 he formed Duran Duran with school mate Nick Rhodes and the rest, as they say, is history. Read John’s autobiography to learn more about his path to super-stardom with all of the pitfalls as well as peaks that such a journey can entail.

“Taylor turns out to be just as appealing on the page as his younger self was in those silver leather pants,” says New York Time book reviewer Caroline Weber. “The real pleasure of the memoir, though, is Taylor’s voice – a disarming blend of candor, warmth and self-deprecating humor. “

As a Duran Duran fan, I found this book a very easy and engaging read, even right from the start as John talked about his childhood and teenage years. I enjoyed reading about how he found his interest in music and inspiration from glam rock, and how Duran Duran came together and worked their way toward success.

Some have criticized John for not really telling people who are longtime, dedicated fans of the band “anything new” and leaving out some darker, uglier incidents compared to what Andy Taylor talked about in his book, “Wild Boys”.  While that might be true, I wasn’t looking to read this book for a nasty “tell all”. It’s clear to me that John’s focus and intent in the story is to talk about his music, his family, and his battles with addiction on his own terms. He gets that message across sure enough to this reader, and the ways that the band’s massive success got to him and why, for a time, he had to leave the band entirely.

All told I would definitely recommend this book to anyone who is a fan of Duran Duran and perhaps want to take a “flashback” trip to the New Wave/New Romantic music scene of the late 70s/early 80s. Or if you were a fan of the band at the time and didn’t know the story of how they’ve kept going since then, against all odds. It’s a story that’s inspiring and uplifting, and certainly made me more of a John Taylor fan than ever before.

CHECK PRICEWild Boy: My Life in Duran Duran by Andy Taylor
John is the second member of Duran Duran to publish an autobiography, the first being former guitarist for the band, Andy Taylor (not related to John!) Published in 2008 after Andy had rejoined the band for a period (for their successful 2004 album “Astronaut” and associated tour), the book tells Andy’s story in an easy-to-read, conversational manner. It’s certainly worth checking out for a different view on the ups and downs of being a member of Duran Duran, as well as to give a view on how Andy got his own life together after the wild times and excesses of the band.