The New Concept Album from These Popular Alt-rockers is a Challenging, Compelling Release 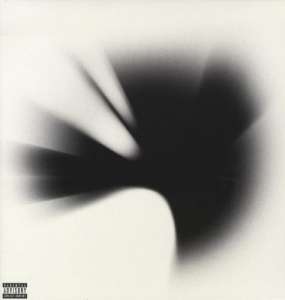 A Thousand Suns by Linkin Park. Available at Amazon.com.

The highly popular alternative rock “nu metal” rock band Linkin Park has divided fans and critics alike with their most recent release, A Thousand Suns. This record, in the works since 2008 and finally released in September 2010, takes the band in new directions with its daring “concept album” approach, focusing on heavy issues of nuclear armageddon, warfare, technology and humanity. While the album’s concept approach occasionally loses focus, sonically it works tremendously as a whole, and may be Linkin Park’s strongest release to date.

Linkin Park established their unique sound with the tremendously successful Hybrid Theory, featuring such blockbuster hits as “Crawling” and “One Step Closer.” Their trademark mixture of metal guitars, eletronica, hip-hop rhythms, Mike Shinoda‘s rapping and Chester Bennington‘s screeching vocals were responsible for their popularity, but on succeeding releases they have worked to break out beyond expectations into new sounds. This push to create something different is highly evident on A Thousand Suns, which consists of fifteen tracks in all of 47 minutes. Some of those tracks are little more than musical segues, samples and audio snippets, bridging the album’s main nine tracks into a more cohesive work.

In the opening two pieces, “The Requiem” and “The Radiance,” the mood is set with these dark, atmospheric tracks. The first features an angelic-sounding young choir warning “God save us every one, Will we burn inside the fires of a thousand suns,” a message that will be repeated later in the album. “The Radiance” features on a famous sample from J. Robert Oppenheimer, known as the “father of the atomic bomb,” where he quoted Hindu scripture to state: “Now I am become Death, the destroyer of worlds.”

From here the album launches into its first full-length track, “Burning In The Skies,” which features a more classic Linkin Park sound of driving rhythms, keyboard and guitar. The lyrics describe a bleak, post-apocalyptic scene of burning bridges, smoke, and “the blood of innocence burning in the skies.” It’s a dark scene with Chester, as our narrator, taking seeming responsibility for all the death and destruction he is observing. “I’m losing what I don’t deserve,” he sings, though the implication could be that humanity itself is losing the earth because of mankind as a whole’s violent, warring ways.

“Empty Spaces” is a brief sound-byte of military noise before the tribal-beat opening of “When They Come For Me.” One of the album’s most powerful tracks, it largely features Mike Shinoda skillfully rapping over the heavy rhythm, not-so subtly taking on critics and warning them “I am not the fortune and the fame/Or the same person telling you to forfeit the game.” The entire track has a compelling Middle Eastern feel that combines in unsettling ways with the military shouts and chants in the background. The only problem with “When They Come For Me” is that while musically it blends in well with the rest of A Thousand Suns, it’s more of a classic rap challenge/braggadocio song than one that lyrically fits in with the rest of the album.

“Robot Boy” follows, one of the album’s more curious numbers. Here, multilayered vocals create an unusually soothing and melodic sound for Linkin Park, almost reminiscent of a 90s boy-band crossed with David Gilmour of Pink Floyd. The song focuses on apathy, those who say “you’re not going to fight/Because no one will fight for you.” The short “Jornada del Muerto” follows, a wall of electronic synths and sound which repeats the album’s main melody in Spanish.

“Waiting For The End” is the most radio-friendly, instantly catchy number on A Thousand Suns. Featuring a classic combination of Shinoda’s rapping with Bennington’s singing, the song has a tremendously hooky, Eastern melody and feel to it. Lyrically it is powerful as well, about the difficulty of letting go and moving on, of seeking something better. What seem like simple messages on the surface go deeper, as the listener focuses on the final verse:

“We say: ‘yeah’ with fists flying up in the air

Until we dead it, forget it, let it all disappear.”

For those who miss Chester’s classic scream-singing, “Blackout” should be quite satisfying. The hardest-rocking song on A Thousand Suns, it’s a burst of uncontrolled anger, rage and release over a synthesizer-laden beat. “Wretches and Kings” continues the heavier assault, opening with a sample of activist Mario Savio’s famous “Bodies upon the gears” speech. The song is a call to action over an industrial drum and bass rhythm, the vocals having a lightly reggae inflection and feel to them as well.

“Wisdom, Justice and Love” is another short bridge track, featuring an eerie, digitally manipulated sample of Martin Luther King Jr. This leads into “Iridescent,” which seems to be a more optimistic turning point in the album’s “storyline.” The duet-style vocals by Shinoda and Bennington work beautifully in this near power-ballad, telling the listener to “Remember all the sadness and frustration/And let it go.”

“Fallout,” another short bridge, repeats with a computerized vocal track some of the lyrics from “Burning in the Skies” before launching into “The Catalyst.” Clearly the album’s climactic track, the insistent beat keeps the tension building as it recalls “The Requiem” but turns that song’s warning into a challenge. Are we destined to “burn inside the fires of a thousand suns,” or will humanity learn and change before it’s too late?

The conclusion is uncertain, although the album’s final track, “The Messenger,” seems to offer some hope to mankind if love can be embraced instead of hatred and fear. It’s a curious end to the album, a soft acoustic number after all the complexity and power which had preceded it. In some ways it is reminiscent of Pink Floyd’s concept albums Animals and The Wall, both of which ended on a similar note pleading for love and understanding as a way to combat the horrors of the world we live in.

Overall, Linkin Park’s A Thousand Suns is a compelling, thoughtful rock album, one that stands out to me as one of the best of 2010. Those who do not care for their sound may not be swayed, and some fans of their older releases may be put off by their new, more complex direction. But for those who enjoy thoughtful rock music that can move the listener’s feet as well as one’s emotions, A Thousand Suns is worth checking out.