Tips and Tricks for Securing Premium Tickets Legally and Legitimately 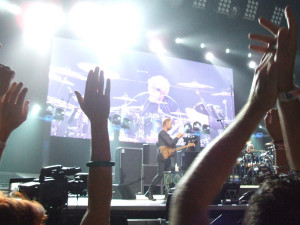 Second row for The Police in Philadelphia, July 2008. All photos on this page are by the author, sockii.

Concert tickets are getting more expensive than ever. It’s also becoming increasingly hard to get the top seats in the house. Ever wonder how people are getting those elusive best concert tickets to popular acts like Taylor Swift, Madonna or Paul McCartney? Think that the only way to get good tickets to a concert is through paying a fortune to a ticket broker or risking a deal with a scalper?

Well, think again. As a seasoned concert goer, I can tell you that while some people may spend a fortune to get the best concert tickets, you don’t have to. There are many secrets, tricks and tips to keep in mind when trying to secure premium concert tickets. I’ve secured excellent tickets at the last minute – at half-price – to see performers like Rush, Bon Jovi and Van Halen. I’ve paid no more than face value for great tickets (first 5 rows on the floor) to The Who and The Police when those seated around me had paid three to four times as much. There are as many different ways to get great concert tickets as there are people in those prime seats, whether at small concert theaters or large stadiums. This article will describe some of the ways you can get the best concert tickets without spending a fortune.

Ticket “pre-sales” are one of the biggest gimmicks in the concert ticketing industry today. Many people are lured in by the promise of getting “advance access” to “premium tickets,” either through corporate sponsorship tie-ins, venue pre-sales, or artist fanclubs. Some fanclubs will even lure fans into paying for a high-priced club membership on the promise of access to special pre-sales.

In my experience, pre-sales rarely offer what I would consider “premium tickets.” What you generally aren’t told is that only a certain allotment of seats are made available for a given ticket pre-sale, and they are not often in the best locations in an arena or stadium. They may be at least 15-20 rows back on the floor, or way in the back of the first or second level of raised seating. While a fanclub might get a certain allotment of pre-sale tickets, corporate sponsors will get another, and it can be hard to tell who gets the better seats until the sale actually begins. While a few people may obtain good seats if they jump on a pre-sale as soon as it begins, in my experience you are often better off waiting and trying your luck in the general sale. If you don’t have to pay anything in order to get access to a pre-sale, you can give it a shot, but I would never recommend paying for a club membership on the sole promise of pre-sale tickets. And if nothing acceptable is coming up in the pre-sale, take a pass on it. You will have plenty of other chances to get good seats. 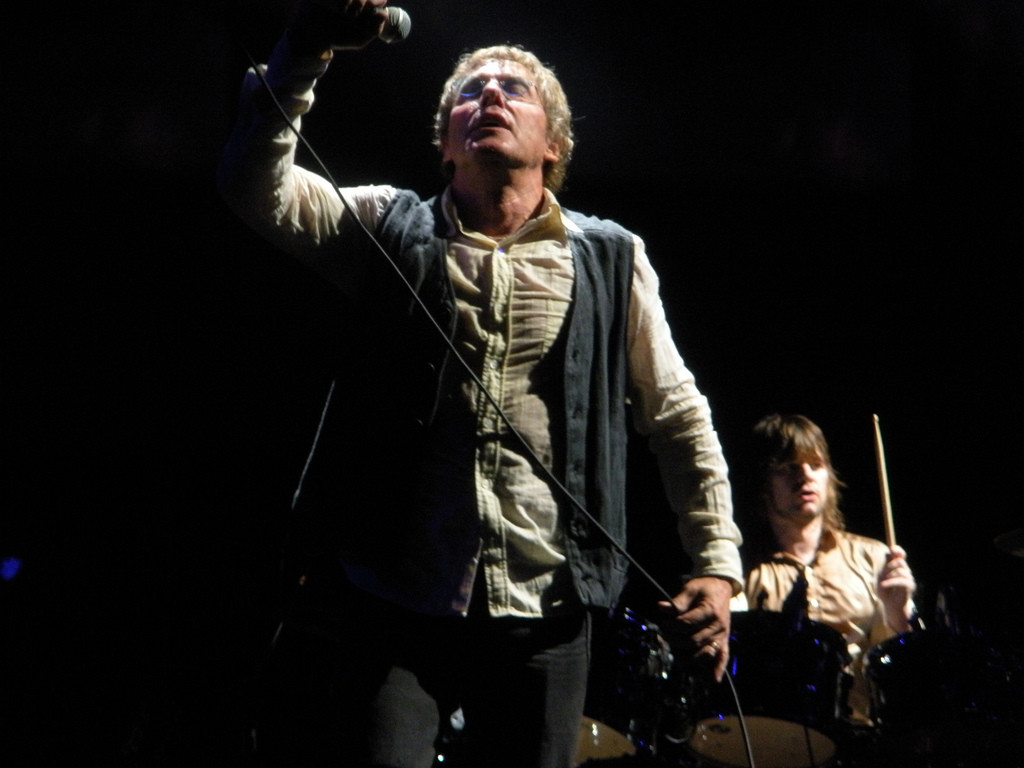 5th row for The Who, October 2008. Tickets purchased at face value a week before the concert.

Don’t believe a show is ever sold out

So you’re frantically trying to get through on the TicketMaster or LiveNation website the minute a show goes on sale – only to be told after ten or twenty minutes of waiting that the show is already sold out.

Don’t believe that for one second.

First, try again in an hour or two. Often there is such a rush of people trying to secure tickets, and throwing seats back into the pool that they aren’t happy with, that many tickets get held up in the system for a few hours. Also, credit card orders get rejected, and it takes a while to re-release those seats that were being held.

There is also the matter of corporate tickets, “friends-and-family” tickets (held for the artist and their crew), and other ticket blocks which get kept back from the general public initially. For instance, if Comcast owns a particular arena, you can be sure that they have secured a large, prime block of seats for their employees, guests and executives, typically within the first fifteen rows on the floor or just to the side of the stage. When these seats aren’t fully claimed, they get released to the general public.

Sometimes a venue doesn’t know what a stage configuration will be precisely until a week or two before a show, especially if the stage is quite elaborate or features catwalks into the floor audience. That means some of the best seats in the house, the ones closest to the stage, may not be released for sale until right before a show. So if you got shut out of the initial ticket sales, be patient, and start checking back on Ticketmaster or whoever is officially selling the tickets beginning two weeks before the show. Check daily, and don’t give up. I’ve gotten 9th row to Phil Collins, 5th row to The Who, right next to the catwalk on the floor for Van Halen, and great sidestage seats for Yes, Foo Fighters, and other bands in such a fashion. 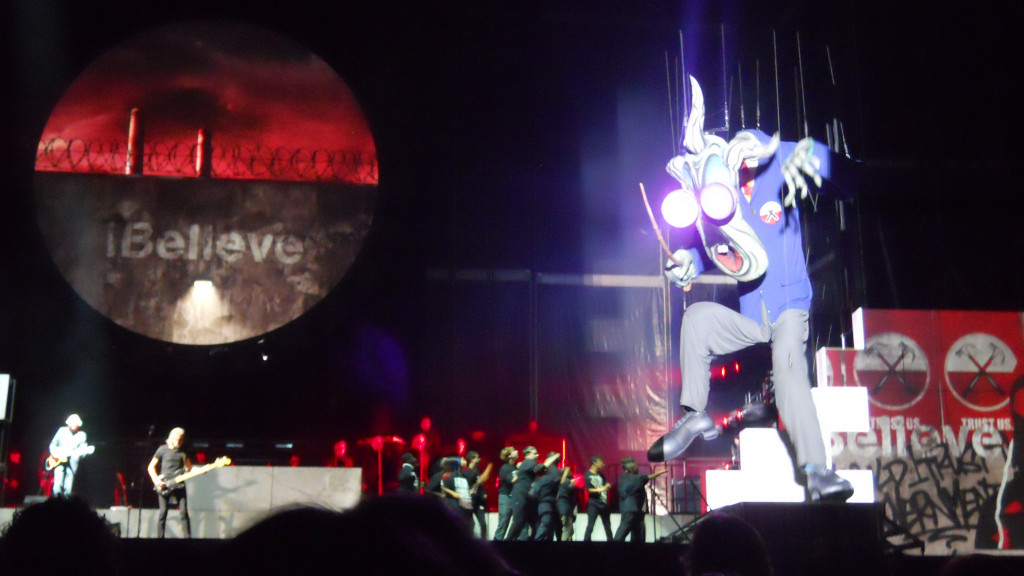 Join on-line communities for the artists you want to see

Fan-to-fan is often the best way to secure resale tickets to a concert at a fair price, and with a sense of security. Fan messageboards will often have a section devoted to ticket trading and reselling, but with strict rules to keep scalpers out and prices fair. Generally, on fanboards sellers will not be allowed to list their tickets for more than face value, and may be more willing to resell their tickets for less if they know the tickets are going to other devoted fans. I have personally used the Foo Fighters official messageboard in the past to get last-minute tickets to their shows, and bought and sold many extra tickets through Stewart Copeland’s messageboard as well.

Try to only buy tickets from a messageboard member who has a “good reputation” on a site and has been a member there for a long time. That way you can be reasonably assured they are being honest with the tickets they are offering, because they would not want to damage their reputation on the forum. 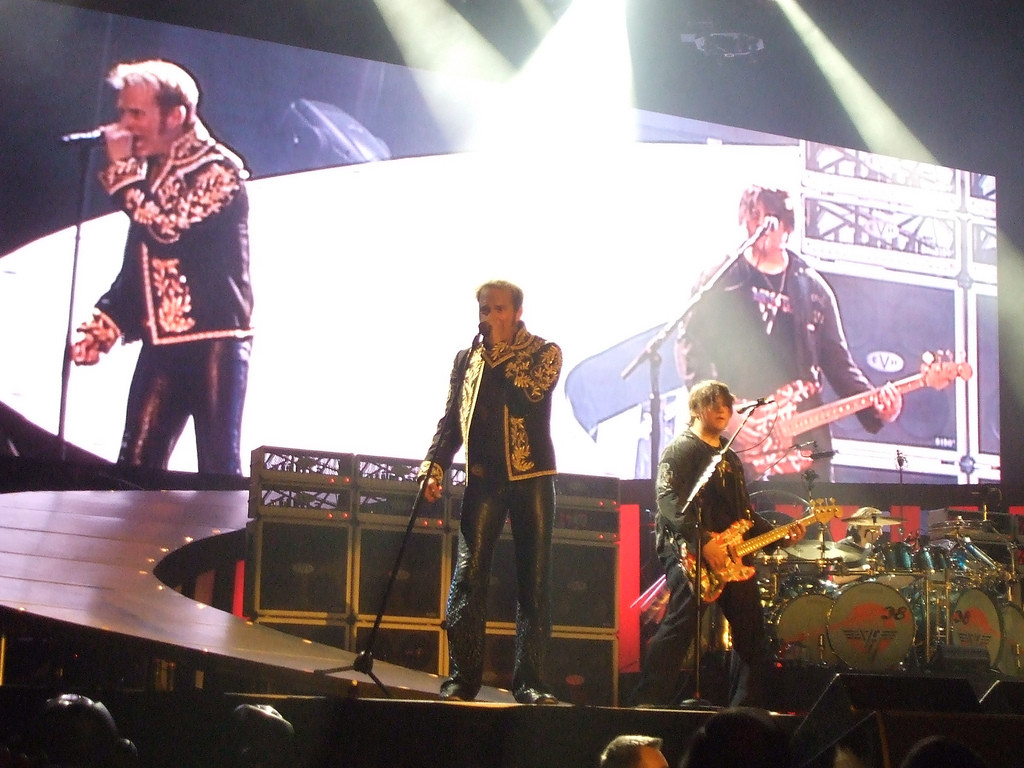 One can’t always get a “bargain” on StubHub, but it generally is a sure way to get verifiable tickets for nearly any concert event. While prices will likely start out high, keep watch on the site as the date of an event draws near. Many StubHub users list their tickets with “declining prices,” so the price goes down daily as an event approaches. Others will drop prices manually if they don’t move tickets fast enough, and if inventory exceeds demand. I’ve gotten $60 tickets to “sold out” Them Crooked Vultures shows for $15 on StubHub, just days before a performance. I’ve seen Rush for half-price in Atlantic City, and been to see Van Halen for face value from the third row. The good thing with StubHub is that if your order never arrives, or the tickets end up being fake, StubHub will refund your money and/or attempt to get you comparable tickets before the show. 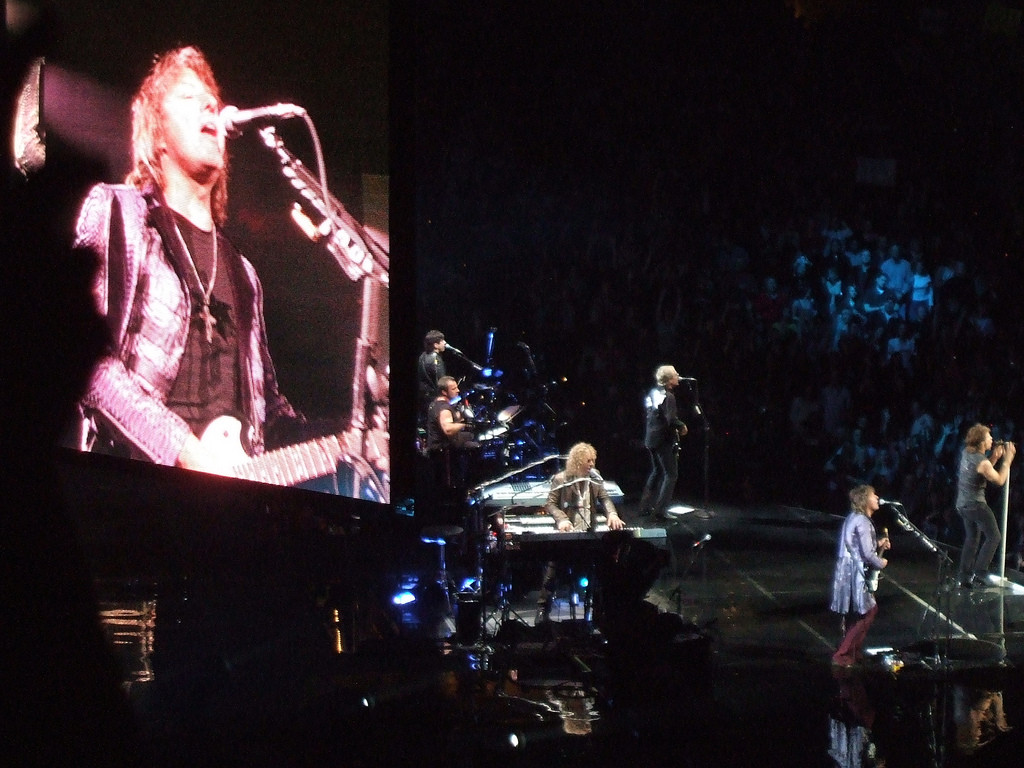 Half-price Bon Jovi side stage tickets – picked up the day of show off a Craigslist ad.

At the very last minute, try Craigslist and other local forums

Many people buy their concert tickets months in advance, and plans change. A sudden illness, a friend backing out on going to a show, a conflict on the job – these situations can all leave someone desperate at the last minute to unload their tickets. I recommend checking Craigslist starting the day before a concert to see what kind of tickets are available. Avoid the brokers trying to still sell their extra tickets at inflated prices, but look for individuals with spare tickets to resell. Even if they are asking full price, offer less. See who is willing to recoup just part of their ticket cost versus losing it all. I have scored excellent tickets to shows like Bon Jovi at 25-50% discounts off face value in this fashion.

There may be local forums, messageboards, or even Facebook communities active within your area where tickets are listed for sale. In Philadelphia, I have frequently seen tickets listed or requested on such sites as the Philadelphia LiveJournal community and PhiladelphiaSpeaks.

If the amount of money being exchanged via a Craigslist or other local ticket sale is higher than you’re willing to risk, be extremely cautious. Meet the person you are buying the tickets from in a public place for your safety. Inspect “hard tickets” carefully to make sure they appear legitimate. If they are “Print-at-Home” tickets, be sure to arrive at the venue as soon as the gates open, as only the first scan of a ticket barcode will allow entry. You never can know if the person has sold or will try to sell multiple copies of the same tickets. Get contact information on the person you are buying the tickets from, in case there is any scam involved (Full name, address, phone number. Verify against a driver’s license if possible.) If a seller isn’t willing to give you such information, be caution about proceeding with the transaction.

Using the tips and tricks outlined in this article, you can successfully secure some of the best tickets to high demand concerts and performances without spending a fortune. All it takes is some patience and hard work, investigating the options available while avoiding the scalpers and scam artists.