A new world of music to discover in those record bins

Can you find anything in the thrift store record bins? The easy answer is yes, you really can find some killer vinyl sifting through the donated records at your local second-hand store. Without my thrift store digging, it is likely I would never have discovered artists like Tom Jones and Herb Alpert. 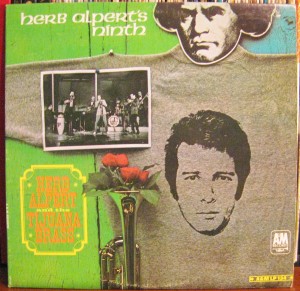 Part of the fun for me is the hunt, I may be more compelled to scrounge than the typical collector, because I am also looking for quality dirt cheap vinyl to sell through my eBay store.

It’s common for me to make a day of it, and actually write out an action plan. I will typically go to 5 or 6 thrift stores, and a few record shops in one day, then hit the odd yard sale or flea market on a summer day.

Plenty of Alpert records in the thrift store bins

I bet if you went to a thrift store right this minute, there would be a playable copy of Whipped Cream and Other Delights waiting for you. Probably other titles like Going Places, and Herb Alpert’s ninth as well.

You can usually find these at dirt cheap prices on eBay, sometimes large multi record lots of the same artist like Alpert for the price of a new CD.

I know I see Herb Alpert records more than anything else it seems. I would lay odds that in one day you could find half of Alpert’s recorded output on vinyl if you set your mind to it.

I know I can list Whipped Cream or Going Places on eBay all the time and get $5.00 out of them, as long as the vinyl and cover are VG+ or better, and I highlight the fact that Whipped Cream has “Taste of Honey” and perhaps keywords such as sexy cover.

Going Places has 2 classic on it like “Spanish Flea” and Tijuana Taxi, with the former being used on the TV game show The Dating Game, and the latter was a massive pop hit from 1966.

A Taste of Honey

I do find most of the vinyl I sell at thrift stores and in the record shop discount crates. I find classic rock and country vinyl all the time, many times in all most never played condition believe it or not.

Yeah a lot of junk has to be sifted through at the thrift stores especially, water damaged and scratched up records find their way into the bins, but it is rare I don’t come back with at least 20 records to resell.

“This Guy’s in Love With You”

Herb Alpert is definitely one of those guilty pleasures that had I not been a record collector, likely I never would have discovered. Did you know that the only artist to score a vocal and instrumental #1 U.S. hit is Herb Alpert? He did it with the above Burt Bacharach penned hit “This Guy’s in Love With You” and an instrumental called “Rise” in 1980. Only The Beatles, Elvis Presley, and Frank Sinatra sold more records in the 1960’s than Herb Alpert did.

Here are a few stunning finds I have had in thrift stores: Sealed vintage copies of Pink Floyd’s Wish You Were Here and Dark Side of The Moon, several early Ringo Starr sealed album, Meet the Beatles and Abbey Road sealed, many rare jazz records as well.

One thing you want to keep in mind: You will spend time on you knees, as most of the thrift stores put these records in consumer unfriendly locations.

Vinyl is usually placed at ground level and even once in a while just stacked in a pile, this may seem bad on the surface, but remember those people who stack improperly like that won’t know of their values either, so you won’t get your treasure taken out from under you, you just have to beat me to the new stuff.

Also as a jazz collector in particular, I have even found a few Blue Note originals. I have also learned that the older vintage vinyl, pre-1962 seems to be a higher quality and holds up better to lesser visual grades.

A Blue Note from the late 50’s typically will still play well and sound good even with a few marks you can feel, and moderate scuffing is barely noticed some times.

Lastly, if you want to be a serious crate digger, you should invest in some good quality record cleaning tools. Anti static dry cleaning brushes, and some sort of wet cleaning option is a must.