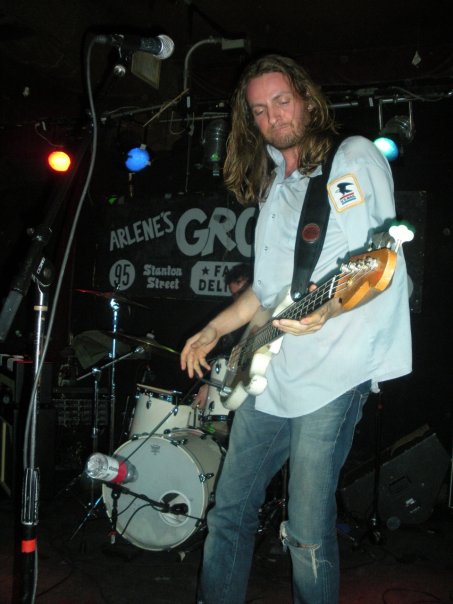 Fiction Plane may be one of the best modern rock bands you likely have never heard of. (But if you have heard of them before, good for you!)

If their lead singer and bass player looks – and sounds – a bit familiar, that’s because Joe Sumner is none other than the son of music superstar Sting. But Joe is not just the child of rock royalty riding on his father’s coattails; his band Fiction Plane has a unique, intelligent, and intense sound all of their own.

Read on to learn more about the band and check out some of their music. If you like what you hear, then you can check out their discography as well as explore related links and fan resources. With a new album (hopefully) on its way in 2014, now is a great time to get into in the band!

A Sample of Fiction Plane’s Music

For a taste of Fiction Plane and their music, check out these videos on YouTube. They cover much of Fiction Plane’s musical career to date, from their first album Everything Will Never Be OK to their most recent release, Sparks. These are all some of my favorite songs that they’ve recorded and you can experience them here in live recordings and official music videos.

An introduction to the band

Fiction Plane originally formed in London, England under the name “Santa’s Boyfriend”. At the time the band consisted of Joe Sumner (vocals and guitar, son of Sting and actress Frances Tomelty), Dan Brown (bass), Seton Daunt (guitar) and Olly Taylor (drums). As Santa’s Boyfriend they recorded two self-produced CDs, the first self-titled and the second under the title Swings and Roundabouts.

Drummer Taylor then left the band, which changed its name to Fiction Plane and released their first major label album in 2003, Everything Will Never Be OK with a new drummer on board, American Pete Wilhoit. The band released an EP in 2005 after moving to Geffen Records when their first label, MCA, folded. Changes and challenges would continue to face the band as they briefly moved to Interscope Records and then parted ways with Dan Brown – after which time Joe switched from playing guitar to bass.

They released their second full-length album in 2007, Left Side of the Brain, and received widespread attention as the opening band for The Police that year on their highly publicized reunion tour. They played on 87 dates of the tour across America, Europe, Australia, New Zealand and in Asia, which helped introduce them to a large number of new fans around the world. In 2008, they toured the US in support of and in joint tours with The Bravery, Your Vegas, 311 and Snoop Dogg. However it has been in Europe that the band has found their greatest fan base, performing in a largely sold-out run of dates culminating in an Amsterdam show which was recorded for DVD release.

In 2010, they released their next studio album, Sparks, although it was only available as an import release outside of Europe. The band took a break following this release which lead some to speculate about their future; Joe Sumner became involved in developing the Vyclone smartphone app and other solo projects. However, in September 2012 it was announced that Fiction Plane had signed a new record deal and would be writing new material for another album…so the future seems bright yet for Fiction Plane fans out there hoping for a new record in the future!

“Fiction Plane” is, amusingly enough, an anagram of “Infant Police”.

Where to find more about them on the web

Fiction Plane Facebook Page: Get updates from the band on their recording progress with the new album, tour dates, and talk with other fans

Everything Will Never Be OK
Fiction Plane’s first album, released in 2003, is full of great songs and an absolute must to check out if you’re looking for some great, original rock music. Stand out tracks include “Listen To My Baby”, “Everybody Lies”, “I Wish I Would Die” and “Hate”. Of course the comparisons to The Police are inevitable and there are moments when one really hears it, particularly in Joe’s vocals, but the band clearly has an original sound all of their own. My only real criticism is that some songs like “Cigarette” sound much better when performed live than they are captured here on this album.

Bitter Forces and Lame Back Horses
This four-track EP is difficult to track down, but for Fiction Plane fans it’s well worth seeking out this 2005 release. One can hear their sound evolving in these tracks, deeper and richer than on their debut album and with a great promise for the future. There’s a bit of a Coldplay feel to the songs here with the effective use of piano in the rock instrumentation mix, and it works very well with the band’s sound.

The Left Side of the Brain
This was the first album that introduced me to Fiction Plane and the one I have the strongest fondness for still, perhaps because I saw them perform these tracks so many times live while they were opening for The Police in 2007! No matter what, it is a strong collection of catchy rock songs with intelligent lyrics and solid musicality. While you might hear touches of Coldplay, U2, and yes The Police in the music, it’s clear here that Fiction Plane have their own sound as well. Top tracks are difficult for me to pick out as I tend to have changing favorites, but I highly recommend giving “It’s a Lie”, “Death Machine”, “Presuppose” and “Drink” a listen if you have the chance.

Paradiso
This live DVD/CD (available only as an import for U.S. customers, so be sure you have a region-free DVD player) is a real must-have for fans. Fiction Plane has always struck me as a “live band”, one you have to see in performance to truly appreciate, so it’s great to have a professionally filmed and recorded live performance from them at last. It was recorded December 7, 2008 in Amsterdam, and the DVD features several extras including the “unedited” version of the band’s video for “It’s A Lie”, directed by Joe’s brother Jake Sumner.

Sparks
Fiction Plane’s 2010 release was the much-anticipated (by this fan, at least) follow up to Left Side of the Brain. And while it does have some very strong tracks – most notably “Out of My Face”, “Humanoid”, “Denied” and “Zero” – some of it unfortunately comes across to me as too derivative of their earlier work. It is not the album I would recommend to a new fan to check out, and I do hope that after their break away from touring and recording that their next album will be a real step forward after this disappointing release. You can read my full review of the album for more details.