Cheech & Chong go “Up in Smoke” at the Keswick 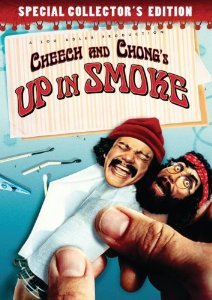 Cheech and Chong’s Up in Smoke – Buy now at Amazon.

Legendary comedy duo Cheech & Chong took to the stage Sunday night at the Keswick Theatre in Glenside, Pennsylvania for a nearly two hour set as part of their current U.S. tour. The show was certainly a delightful blast from the past for many fans in attendance (although the 1,300 seat theater was perhaps 2/3rds full at best), presenting a mixture of classic routines, songs and also reminisces between the two comedians. I’m not sure the performance was worth the rather hefty ticket price ($67.50 + $15 in “fees”), but it was still fun to finally see these two perform on stage after so many years.

I’m perhaps not your typical Cheech & Chong fan — make of that what you will, but let’s just say they have a reputation and history for appealing to enthusiasts of certain illegal substances and that’s never been my thing. For me it all started about thirty years ago, when I was just a preteen and discovered an abandoned copy of their then just-released Let’s Make a New Dope Deal along the roadside near our house. It was Christmas time and I’ll never forget putting that cassette in my old boombox while my grandfather and I were decorating the tree. At first we were both horrified by what we were hearing, but within a few minutes we were laughing so hard we could barely breathe (thankfully my grandfather had a thing for crude humor and dirty jokes). After that we collected most of their comedy albums to snicker at together.

But it’s been years — perhaps decades — since I listened to any of those old albums or watched a Cheech & Chong movie. From that perspective it was tremendous fun to hear some of their most famous skits performed live, with a few modern changes and twists to keep them updated. Classic routines like “Dave” and “Santa Claus and His Old Lady”, along with Up in Smoke‘s famous car scene, were the focus of the first half of show along with a Q&A session featuring (allegedly, although the answers seemed rather planned) questions gathered from the audience before the show. 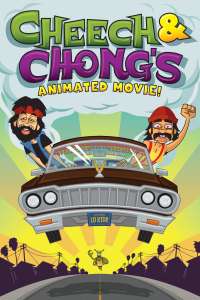 The second half of the show was focused more on music and music-related skits, which were funny if not quite as side-splitting as the first half of the show. “Blind Melon Chitlin'” came out for some blues, Alice Bowie made an appearance to mime “Earache My Eye”, and the audience sang along to “Basketball Jones” and “Born in East L.A.”, along with other Cheech and Chong “hits”. The show finished off with a new song about legalizing pot, which was a running theme throughout the night.

Indeed, while I get that this is a subject that the two comedians feel strongly about, it did sometimes feel as though we were attending a political rally more than a comedy show, as the two (and Tommy’s wife Shelby, who emceed the evening) went on about the many “benefits” of pot. I’m for legalization myself, even as a non-smoker, but it did sometimes get a bit tedious.

All in all, it was a mostly enjoyable evening for the nostalgia — although at 40+ I have to say that  low-brow sexual and bodily function humor isn’t quite as entertaining as it was to my teenage self. I would have enjoyed going to the meet-and-greet afterward but for the $115 additional price tag, I decided quickly to pass.