Has Top Chef Jumped the Shark? 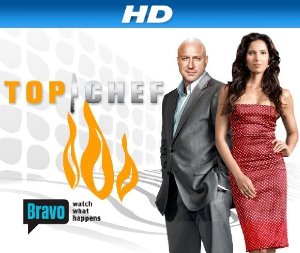 I’ve been an on-again/off-again viewer of Bravo TV’s Top Chef since the beginning of the “reality” series, now some eleven seasons ago (not counting spin-offs and special versions including Top Chef Masters). For some reason the show has never grabbed me as much as other cooking competitions on TV, perhaps because the format/style is far too much like other Bravo series I don’t particularly enjoy: mostly about worshiping celebrities and the rich & famous, very little about actual food and cooking.

That said, Top Chef has sometimes been an entertaining diversion, but even that small bit of enjoyment seems to be dwindling year by year. I had been looking forward to the current season in New Orleans—a beautiful city rich with food culture and history—but have mostly found it a drag to watch. Beyond not being an especially exciting group of contestants to cheer (or jeer) for, I think there are deeper problems with the show given its age and number of iterations by this point.

The following 5 suggestions are what I’d do to “fix” the show—or at least make it more entertaining to watch again.

It’s time for some new judging voices on the panel

They may have been with the show since the beginning (or season 2 in Padma’s case), but that means it really is time for a shake up and for some new “primary” judges on the show. Padma just never seems excited about anything (unless she’s had too many libations), her monotone speaking voice is enough to put anyone to sleep, and her sometimes outrageous outfits are more distraction than seemingly suited to a (semi-)serious show about restaurant chefs and cooking. I’m not the only one who isn’t a big fan of Padma, clearly, and while I don’t doubt her interest in and knowledge about food, I just don’t find her an entertaining host who truly adds to the show. I’ve sometimes felt she far too clearly had favorite and least-favorite contestants as well and sometimes let those personal biases influence her decisions. But that’s just my feelings—or maybe not.

And Tom Colicchio may be a serious chef with the accolades and successful restaurants to prove it, but his ultra-dour and know-it-all attitude has, in my humble opinion, become tiresome as well by this point. I really got fed up with Tom after he gave Travis so much grief this season over his Vietnamese Shrimp with Tomato Sauce, proclaiming that no such dish could actually be authentically found in Vietnam. Um, Tom, may I introduce you to Tom Sot Ca Chua?  Thank you. I’ll trust you to know authentic Italian food but if you aren’t an expert on another cuisine, don’t go ragging on another person who actually does have better knowledge of the subject than you.

If shows like American Idol find it necessary to change up their main judging panel regularly to keep things from falling into a rut, than I feel Top Chef should do the same.

2. Start with fewer contestants every season

Less would be so much more

“Too many cooks spoil the broth”, and too many cooks at the beginning of every season of Top Chef makes it hard to keep track of who is who, and for the viewer to become engaged in their personalities early on. The first season of Top Chef only had 12 chefs to start; season 11 featured 19. Two seasons ago, in Texas, they actually started with 29! That was way too many, even if the first episode featured multiple eliminations.  Start with fewer chefs so we can more quickly engage in their stories and start speculating on who has the potential to go far or not. Otherwise the first few episodes every season feel too much like just getting rid of “dead weight”, and the competition doesn’t really start becoming serious and interesting until close to the end of the season.

How can we take these contestants (and judges) seriously if they’re shilling for Reynolds Wrap and Philadelphia Cream Cheese?

I know that the corporate sponsors pay a lot of the big bills on shows like Top Chef, especially the cash prizes for particular challenges. But enough is enough…or could we at least get some better quality product sponsors than Dunkin’ Donuts? Watching the chefs have to come up with supposedly gourmet, restaurant-quality meals highlighting cream cheese and other common consumer products just isn’t that exciting—and isn’t going to make me go rush to buy the products (nor shop at Whole Paycheck-er, I mean Whole Foods…)

4. Enough with the ridiculous challenges

Make it more about real cooking, not stunt cooking.

The worst this season, in my opinion, was forcing teams of chefs to cook whatever Padma’s and Gail Simmons’ mothers grabbed while the ingredients were wrapped in aluminum foil (provided by you-know-who).  It was like some nightmarish version of Chopped and not even a way to actually showcase the product they were shilling for in a way to encourage its use (believe me, I’ve had enough “mystery foil packages” lurking in my fridge before that I was afraid to open after weeks…not a good association with “top” cooking in my mind.)

Stunt cooking challenges have turned many off previous seasons of the show—see this blog post from 2012 about forcing contestants to ride around on children’s bicycles and beg for food—so I’m certainly not alone in this complaint. Let’s keep the cooking in actual kitchens with real challenges to face, not silly farces that in no way reflect a chef’s ability to function in a restaurant kitchen.

Take Top Chef out of the United States for a season

Yes, the USA has lots of great food destinations, but I’d like to see these cheftestants have to adapt to cooking in a different international city with different food cultures, trends and expectations.  How about Rome, Paris, London, Hong Kong, or Tokyo for a season? Or a Caribbean island like St. Kitts or Jamaica? That could really shake up the format and provide new challenges, as well as an interesting new locale for the viewers to enjoy.

In any event, those are my thoughts on what would make Top Chef a more interesting show, eleven seasons on. I don’t really expect Bravo to follow any of these suggestions, but they would certainly increase my likelihood of continuing to invest time in future seasons.

These cookbook titles may help you on your way…

Or just make for a great gift for a fan of the series!