Review of the Solo Debut from the Killers’ Frontman

Flamingo is a mixed bag of songs and genres which sometimes succeeds, but often seems to just fall short of greatness.

This review was originally published at the Yahoo! Contributors Network on October 6, 2010. 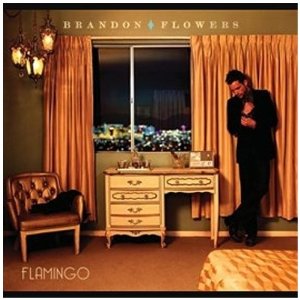 Brandon Flowers Flamingo, released in 2010. Buy it now at Amazon.

Brandon Flowers, lead singer of the highly successful rock band The Killers, breaks the mold of the typical debut solo album with his first solo record, Flamingo. Unlike other singers who release an album of material that wouldn’t fit the sound or structure of their bands’ work, or otherwise make a conscious decision to break away from their band, Flowers’ Flamingo was in fact meant to be the next Killers album. The rest of the band wanted to take a hiatus after several years of intense recording and touring, and so Flowers took the material he had written for their follow-up to Day and Age and recorded it on his own. The resulting album does much to showcase how much Brandon Flowers contributes to the overall sound of The Killers, but also how much the other members of the group add to making his material successful. Flamingo has numerous good songs but often lacks sonic punch. The album succeeds best, in fact, when Flowers strays farthest from the classic Killers sound into country and other diverse musical territories.

The album opens with one of the weakest tracks in the collection, “Welcome to Fabulous Las Vegas.” The song seems to be trying for anthemic greatness but never reaches any sort of driving climax. Instead it just drifts along almost aimlessly, a poor man’s version of “Sam’s Town.” The lyrics, too, disappoint with tired cliches like “Didn’t nobody tell you the house will always win?” The second track, “Only The Young,” is an improvement, although it still feels a bit like an unfinished demo track that would have made a much better Killers song with more interesting instrumentation. The chorus is catchy, however, featuring lovely multi-tracked vocals by Flowers.

“Hard Enough” continues the fairly mellow grove established so far, with synths and vocals calling far back to Flowers love for 80s synth-pop. Jenny Lewis provides some nicely complementary supporting vocals to the choruses. The pace finally kicks up a notch with “Jilted Lovers and Broken Hearts” and its strumming guitars and driving rock beat. This song is one of the most Killers-like in sound on Flamingo, although the gambling/Vegas metaphors and allusions in the lyrics become a bit too much by the end of the track (“Why did you roll your dice? And show your cards?”) Flowers may love his native city, but after too many references through too many albums, the message may be starting to get overplayed and tired.

“Playing With Fire” features Killers drummer Ronnie Vannucci and is a slow, pensive song that features some of the best lyrics on the album, seemingly heavily personal to Flowers. Religious themes are deep throughout the words, as Flowers proclaims “The church of mine may not be recognized by steeple/That doesn’t mean that I will walk without a God.” After such a dark mood, the breezy and catchy fun of “Was It Something I Said?” comes as a welcome relief. It’s a classic character study by Flowers, storytelling in his Springsteen-inspired mode but with a background of Las Vegas instead of New Jersey.

“Magdelina” tries for a little Latin flair, but it’s one of the more forgettable tracks on the album, substituting overblown images and melodrama for real heart and emotion. “Crossfire” was released as the album’s first single, for fairly obvious reasons as it again feels very close to The Killers in sound and is an inoffensive slow-rock ballad.

“On The Floor” goes for an almost gospel feel, Flowers’ vocals recalling Lou Reed quite strongly over the soaring music and choral backing vocals. “Swallow It” is the last track on the regular release of the album, another good track which still feels like little more than a demo that could have been greatly improved by being recorded by The Killers, not Flowers alone.

The deluxe version of the Flamingo CD features several additional tracks. The first, “The Clock Was Tickin’,” abruptly changes the mode to strictly country. Another story-song, the twangy music belies a powerful lyrical message about the passage of time and lost dreams (“The weeks fly by and the years roll on/They say patience is a virtue but the doctor says she don’t have long.”) “Jacksonville” changes the mood yet again, heading into techno-dance territory. It recalls The Killers own “Where The White Boys Dance” in sound and atmosphere but still lacks that song’s rocking edge. “I Came Here to Get Over You” has a blatantly 80s-pop feel to it but is another forgettable song lacking in good hooks and melody. “Right Behind You” closes out the album and utilizes an 80s synth-pop feel more successfully with pulsing synthesizers and modulated vocal effects.

Overall, Flamingo is a mixed bag for fans of The Killers and Brandon Flowers. There are a number of good tracks, but few that are truly noteworthy and likely to stand up anywhere near Killers’ classics such as “Somebody Told Me,” “Mr. Brightside,” or “Human.” Too many songs seem to be crying out for the band’s touch to reshape and re-arrange, and perhaps to nip some of Flowers more self-indulgent tendencies and lyrics in the bud. That said, Flamingo will have to suffice for fans until the band returns to record together again.