ActorFic is traditional media fan fic, bandfic is not fan fiction and there is no such thing as Real Person Fic

This essay was originally published May 2006 on FanHistory.com

The fan fiction community is big, vast and extremely diverse. It exists off-line and on-line. It gets studied and analyzed both in terms of the content of the literature and the formation of the communities. One of the dangers seems to be in lumping disparate fan fiction communities together and treating them as if they all had the same history, same membership, same terminology, same general content. 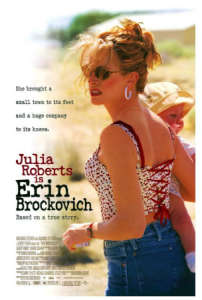 Now, back to the division of RPF and FPF. This division is totally arbitrary. It based on content value that is not always true as it fails to address certain issues, nor requantify material that is based on material that is non-fiction in orientation. Or a piece of fan fiction based on the movie Erin Brockovich would be quantified as FPF even though the movie is based on a real person. Fictionalized accounts of historical figures are lumped into FPF except when they are based on research done by the fan fiction writer. Reality television show fan fiction fits into neither category comfortably. Fan fiction based on the WWE also has similar problems in being grouped. These divisions do not stand up to scrutiny when examined as many works present in popular culture frequently borrow or include references to real people. Think “The Simpsons” and “Saturday Night Live.”

ActorFic tends to clearly fit what could easily be considered that Real Person Fic mold. It does not have the arbitrary problems of what is real and what is not. It is clearly based on real people. But ActorFic shares very little in common with bandfic, the biggest chunk of the “Real Person Fic” pie. It does not share a history, terminology, culture, nor content type with bandfic. ActorFic does, on the other hand, share a history, a culture, terminology and content similarities with “Fictional Person Fic,” or what I like to call “traditional media based fan fiction.” ActorFic, contrary to what Henry Jenkins asserts in his interview with Wired Magazine, came out of traditional media based fan fiction communities. It wasn’t always liked by that community, but then again, slash and Mary Sues aren’t always liked by those communities either and no one denies those things as being part of the culture of fan fiction. The players for ActorFic are generally the same ones who are involved in traditional media based fan fiction communities. The players for ActorFic are not the same ones as bandfic.