An Interview With Knitter Emily Davies 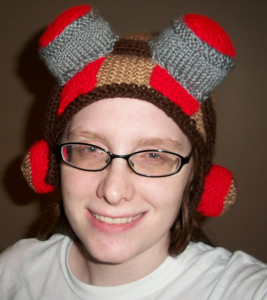 Emily Davies modeling “Raz’s Hat” from Psychonauts. All images on this page are used with the artist’s permission.

This interview was originally published at Zujava.com on September 10, 2012.

Knitter Emily Davies has turned a love for video games – and for knitting – into a growing craft business. Emily knits cool plushie toys and colorful hats inspired by the characters and critters from games including The Legend of Zelda, Psychonauts, Katamari Damacy, Metroid and many more.

I’ve known Emily for several years on-line and recently asked her to talk about her work, what inspires her, and what she would recommend to others interested in turning knitting into more than just a hobby. Read on to learn more about Emily and her “Mercurial Knits“!

About Emily and “Mercurial Knits” 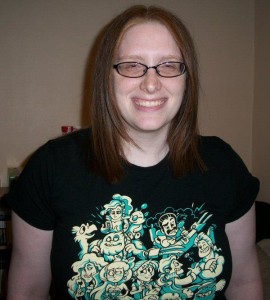 Emily, now 25, has been knitting since she was 18 years old. “An old boyfriend’s mother initially taught me how to knit on two straight needles,” she explains, “and I learned more advanced techniques on my own through books and YouTube videos after that.” She loved to knit items for family and friends, and so when the video game community Speed Demos Archive held a marathon for charity in January 2011 she offered knitted objects as prizes for donors. The response was so overwhelming that she received requests for commissions of her work. She says, “that was the first time I thought, ‘Wow, I could really do this for a living!'”

Besides being an avid knitter and video game enthusiast, Emily is an aspiring speedrunner. A native of upstate New York, she now lives in South Yorkshire in the United Kingdom, where she moved in October 2011 to be with her husband, Paul Davies. She would love for her knitting to some day be a full-time career for her. 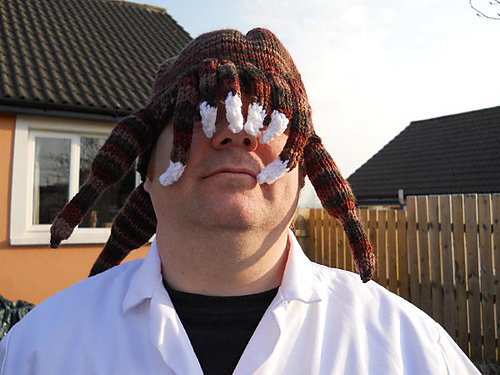 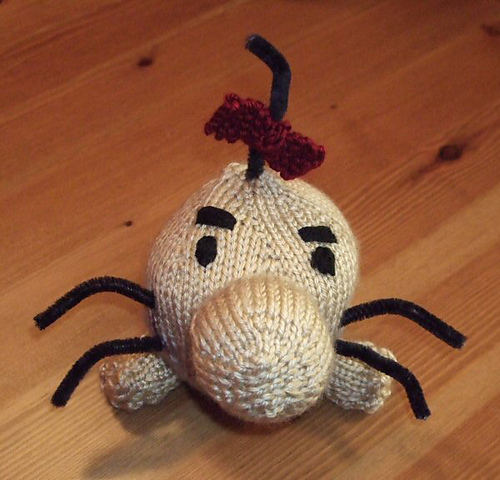 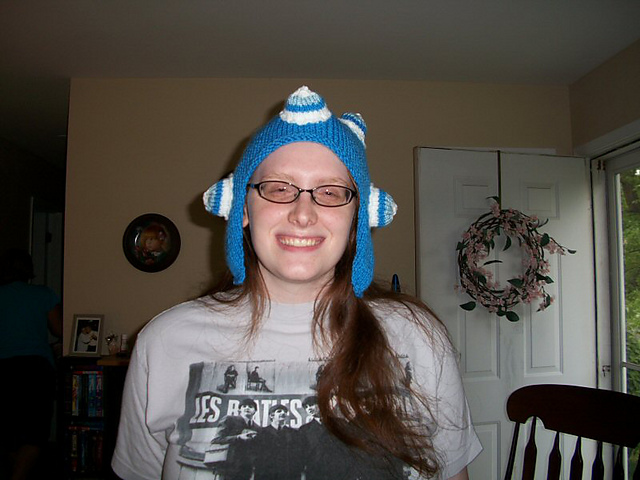 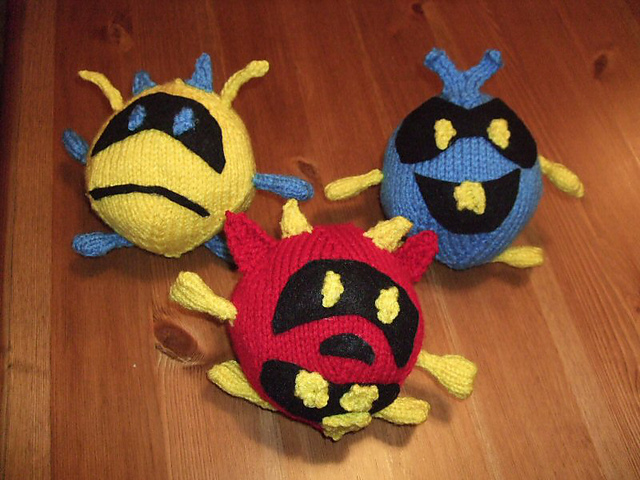 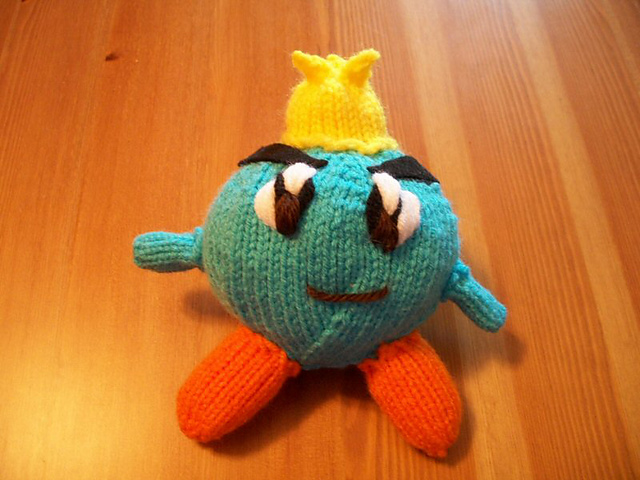 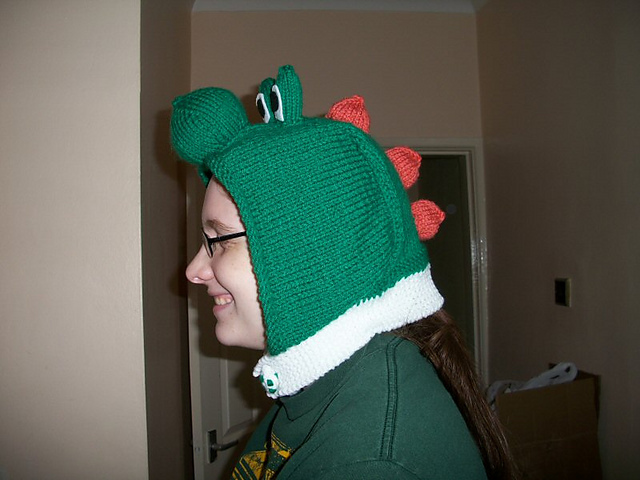 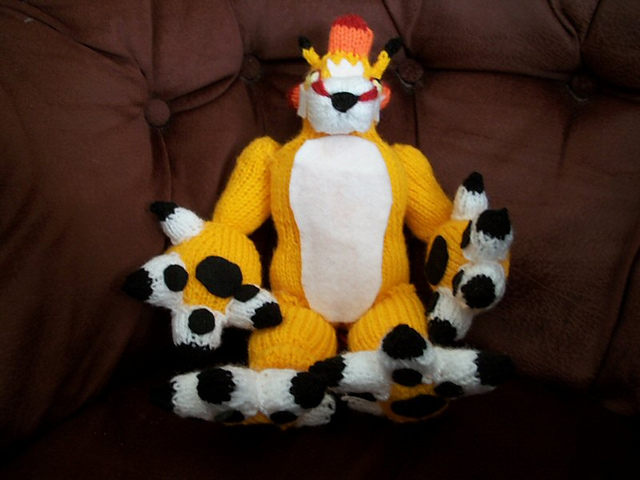 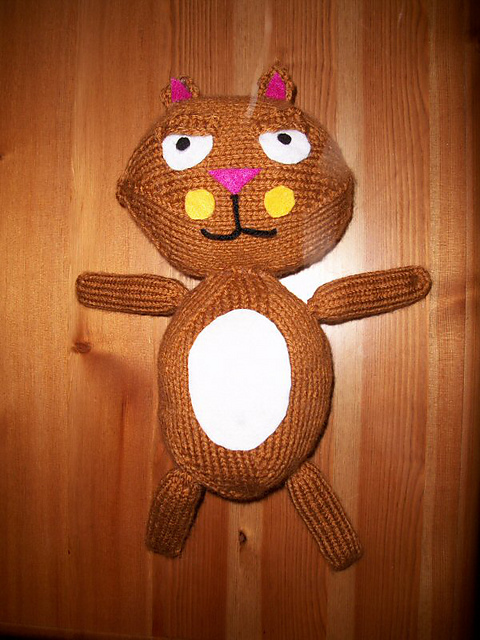 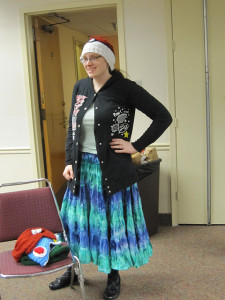 Is there any particular piece of your knitting that you’re especially proud of the way it turned out? Or perhaps simply fond of for sentimental/unique reasons?

Emily: I’m very proud of my Vivi plushie, which I made as a gift for my mother-in-law. She loves the game Final Fantasy IX, and Vivi is her favorite character from it, so I thought a plushie would be a good Mother’s Day gift for her. 🙂 I felt like I really captured the character well, and I also managed to complete the entire project with its many details (striped pants, long coat, floppy hat) in only five days!
Any knitting books in particular you’d especially recommend to others looking to get started in knitting?

Knitting: The Easy Way really helped me get a better grasp on the basics. I still go back to it from time to time when I want a simple project to take a break from my more difficult ones. The diagrams they use to illustrate the techniques are very clear, and match up well with the written directions. Also, knittinghelp.com taught me even more new things, and they have wonderfully clear videos to help more visual learners.
Do you prefer to work from your own inspiration, or on commission by others?

Honestly, I like the challenge that commissions offer me. When I start projects on my own, I often let them flounder and forget about them. I am more likely to see a project to completion if it’s for someone else (commission or gift); I don’t keep most of the things I knit.
It must have been a big transition moving from New York to the UK. Is there anything in particular you miss about living in the US, and/or what’s the best thing about living in the UK now?

It was quite difficult moving across the ocean. I got very behind in my commission work because I had to pack up my yarn & needles, plan and have a wedding, then move and try to unpack everything in our apartment. I still haven’t unpacked everything and I’ve been here almost a year now! I do miss having more access to the yarns I like to use–I lived near three different, large craft stores when I was in NY, so it was easy to get any shade of acrylic yarn I desired. Now I live near one smaller yarn shop which is wonderful for buying any animal fiber yarn I could ask for, but doesn’t carry as much in the way of acrylics. I have one large craft store not horribly far away, but it is tougher to get to.

Where To Find Emily On-Line