This record is sure to please Duran Duran’s faithful fans and is a marked improvement over 2007’s “RedCarpet Massacre.”

This review originally was published on Associated Content on February 2, 2011. 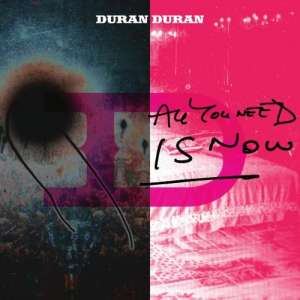 All You Need Is Now by Duran Duran. Available at Amazon

You have to give a certain amount of credit to Duran Duran, the 80s new wave band which recently released their 13th studio album, “All You Need Is Now.” While most other bands of their era have long since disbanded or turned into strict-nostalgia acts, Duran Duran has continually produced new music and worked to keep up with the times, albeit with often mixed results since their glory years. “All You Need Is Now” brings back much of the fun of 2004’s “Astronaut,” the band’s first recording since the 1980s to feature their full original line-up. Andy Taylor departed Duran Duran again soon after, and the band’s next recording, 2007’s “Red Carpet Massacre,” was a disappointing attempt at a techno-dance sound that lost much of the band’s soul and instrumentation to over-production. “All You Need Is Now” is a solid return to form for the group, one that should leave longtime fans pleased with its skillful blend of today’s and yesterday’s sounds.

Producer Mark Ronson, known for his work with such artists as Amy Winehouse and Lily Allen, made a bold proclamation that “All You Need Is Now” would be the follow-up to 1982’s “Rio” that never was. That’s a strong statement to make, particularly for a band which has almost thirty years of history and music under its belt since that classic album. The opening title track, in fact, seems to recall more of Duran’s uneven 90s work with its aggressive, rock sound on the opening verse. But the catchy chorus does bring back memories of such classic Duran Duran numbers as “New Moon on Monday” and “The Reflex,” with Simon Le Bon‘s vocals as strong as ever.

“Blame the Machines” is incredibly catchy, more successfully blending the feeling of new and old Duran Duran with Nick Rhodes‘ layers of spacey and rhythmic keyboards. This electro-dance number will definitely get your feet moving and the lyrics offer a fun comparison of a race down the Autobahn (complete with GPS navigation) to a relationship going out of control. Out of all songs on “All You Need Is Now,” “Being Followed” perhaps most closely recalls the feeling and sound of early 1980s Duran Duran, particularly their debut album with Roger Taylor’s driving 16th-note cymbals, John Taylor’s prominent bass guitar and Rhodes’ trademark keyboards. Yet despite being so familiar and vaguely nostalgic, it still feels fresh and current.

“Leave a Light On” strongly reminds me of the mellow, keyboard heavy “casio-rock” of current Britpop acts such as Athlete and Keane. It’s an ironic comparison given how much those groups can count Duran Duran and other 80s new wave acts as their own influences. It’s a pleasant, inoffensive ballad, but lacks that special something that made early Duran Duran ballads such as “Save a Prayer” such classics. “Safe (In the Heat of the Moment)” fails to heat up as promised, with its forgettable lyrics and Blondie-like new wave-via-disco sound. Ana Matronic of the Scissor Sisters tries to funk-up the proceedings but there’s no “Rapture” to be found here, as Ana is no Debbie Harry.

The classic Duran Duran vibe returns with “Girl Panic!” which blatantly recalls older hits such as “Girls on Film” and “My Own Way.” The Taylors’ rhythm section again shines here and the syncopated percussion, guitar and keyboards add to the dance-friendly fun. “The Man Who Stole A Leopard” is a curious track, which could have been at home on the Duran Duran side-project Arcadia’s sole album, “So Red The Rose.” Lushly romantic and seductive, it’s a song that works best, however, if one ignores the bizarre lyrics about a man who becomes obsessed with a wild leopard, captures her and takes her home to his Jersey Shore apartment. As an allegory about sexual obsession, the song could have worked, but the fake news report tacked on awkwardly at the end ruins the mood. “Runaway Runaway” again recalls the fast beats and classic synth-pop sound of “Rio”-era Duran Duran, but only to the level of forgettable filler tracks such as “Last Chance on the Stairway” and “Lonely in Your Nightmare.”

The album’s last track is one of its finest. “Before the Rain” samples their classic, Gothic ballad “The Chauffeur,” a long-time fan favorite. While being so referential, the song still succeeds with powerful vocals by Le Bon and haunting atmospheres. “And so we travel/and we unravel/towards the place where all loose ends go,” Le Bon sings, words which could be taken in a sense as a statement about Duran Duran itself. The band has persevered through decades of changing musical styles and tastes, personnel departures and returns, and today continues on with determination yet a difficult-to-define place in the musical world. It seems unlikely that any of the songs on “All You Need Is Now” will become mainstream hits, nor receive significant airplay from today’s pop music radio stations. Duran Duran’s fans from thirty years ago are likely still the same ones buying their albums now, as it is hard to imagine today’s youth embracing an act that their parents adored but which doesn’t have the same critical standing as other groups from that time period such as U2 or R.E.M.

Even so, “All You Need Is Now” is a fine addition to Duran Duran’s catalog of music, worthy of inclusion in any fan’s collection. Many of these songs should shine in live performance alongside their classic hits when Duran Duran tours later this year. Clocking in at just under 40 minutes in length, “All You Need Is Now” does not overstay its welcome, either, providing just enough new music to keep you dancing and eager for what Duran Duran may come up with next.