August 15, 2013 at the Keswick Theatre in Glenside, Pennsylvania 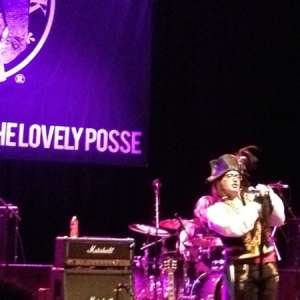 Adam Ant in concert at the Keswick Theatre. Photograph by the author, sockii.

Perhaps one of the most surprising musical comebacks in recent years has been that of Adam Ant, the English rocker who exploded on the post-punk/new wave scene in the late 1970s with Adam and the Ants and later as a solo artist.  Personal struggles kept him mostly out of the public eye for much of the first decade of this century, but he’s been back out touring once again in support for new new album Adam Ant Is The Blueblack Hussar in Marrying The Gunner’s Daughter.

Last October I was so desperate (and serious) about seeing Adam Ant on tour that I drove five hours from South Jersey to Virginia to see him perform at the NorVa Theatre in Norfolk. It was an incredible, intense show that was perhaps one of my best concert experiences of the past five years. (See my full review.) So when I heard he was coming back around the States this summer, I knew I had to catch him live at least one more time. Thus I got tickets for his show at the Keswick Theatre in Glenside, Pennsylvania on August 15.

The Keswick is charming, old-fashioned theater just outside of Philadelphia where I’ve seen lots of artists perform before, albeit usually more mellow musicians than Adam Ant. All in all it was another great show, in some ways better than the one I saw in October but in other ways, not quite so memorable.

The August 15th show at the Keswick featured a nicely mixed-up set as compared to the show last October. Here, Adam played quite a few songs from his new album which indeed sounded great live (in my opinion much better than as originally recorded!) “Shrink” was certainly one of the highlights from the new material, along with “Hardmentoughblokes” which had a lot of the audience singing and chanting along. The mixture of radio-friendly, popular hits like “Room at the Top” and “Strip” kept the casual fans engaged, even if they weren’t as familiar with his earlier songs like “Cleopatra”, “Kick!” and “Never Trust a Man (With Egg on His Face)”.

Adam Ant at the Keswick: Video from the show

Here is a great audience-shot video from the concert showcasing one of the highlight moments of the set. After a spot-on version of “Kings of the Wild Frontier”, Adam introduces “Wonderful”  and launches into a brilliant (and somewhat snarky) rendition of the song, his last big hit from 1995. There are plenty more videos of this show from this individual, on YouTube.

A great performance by Adam, marred somewhat by the venue and the crowd

It was interesting to compare this show to the one I had seen just about 10 months before in Virginia. Adam seemed much more comfortable on stage at this point, clearly finding his form and presence once again after so much time away from regular performing. His voice was stronger, songs felt tighter, he was much more engaging with the audience and chatty, sharing stories and introductions whereas previously he had mostly just played straight through the songs with little interaction beyond that.

The band, too, was in top form. It was the same line-up as last time, minus Georgie Girl on supporting vocals – and honestly I did not miss her. Last show I had found her more distracting than really adding anything to the show and music, and there’s plenty of serious “Girl Power” in  The Good, The Mad And The Lovely Posse with the amazing Jola as one of Adam’s two drummers. There are still a few songs I find lacking as performed by this line-up, notably “Desperate But Not Serious”, which somehow sounds flat without the brass instruments of the original, and “Strip” which, well, maybe I’m just tired of the song and it’s never been one of my favorites of his.

What seriously felt a little off was the venue and the crowd at the Keswick, compared to when I saw Adam Ant at the Norva. The Norva is a wonderful, intimate venue with a GA pit; at that show I was surrounded by dedicated, hardcore Adam Ant fans who were intense about the music as he seemed to be. It was a raw, passionate, almost transformative experience at the time. It felt like it was not just about Adam championing his return, but about all of us in the audience reaffirming our own power, uniqueness, and survival against the odds. When he performed “Prince Charming” at that show, the entire audience seemed to be chanting and dancing along to “Ridicule is nothing to be scared of “ and the refrain “Don’t you ever, don’t you ever/Stop being dandy, showing me you’re handsome”. Not only were they singing it, they believed it and clearly lived by that sentiment.

At the Keswick, yes, there were plenty of people in “Antmusic” t-shirts and wearing some suitably dandy attire. But the venue itself was distancing. Being a seated theater, it was difficult to dance about in our cramped rows. There was also the obnoxious issue of many people just constantly crowding and lingering in the aisles to “get a better look” if they had seats in the back of the theater, and no ushers or security were stopping them or checking their tickets. This really aggravated me, as someone who had actually paid for premium, front of the house seats and at least expected to enjoy the view I’d paid for. To make it worse, most of those people in the aisles were going up close to take photos and video on their smart phones, holding them up high and blocking the view of the stage even more for the rest of the show. It was infuriating me enough that I ended up writing a separate, lengthy rant about it elsewhere.

To me it just felt like most of the people at this show were there so they could say to their friends on Facebook and Twitter, “Hey, look, I’m at an Adam Ant show!” They weren’t there because of the music, they were there to have a nostalgia night. What a shame, because in paying more attention to their phones than the show, they missed out on a really great performance and interfered with the rest of us fully experiencing it as well.

As a side note, the opening band for this 2013 tour, Prima Donna, was pleasantly rocking and enjoyable. Their sound was very retro glam rock and catchy, a good warm up to Adam Ant and worth arriving early to see and hear.

Get the new album from Adam Ant 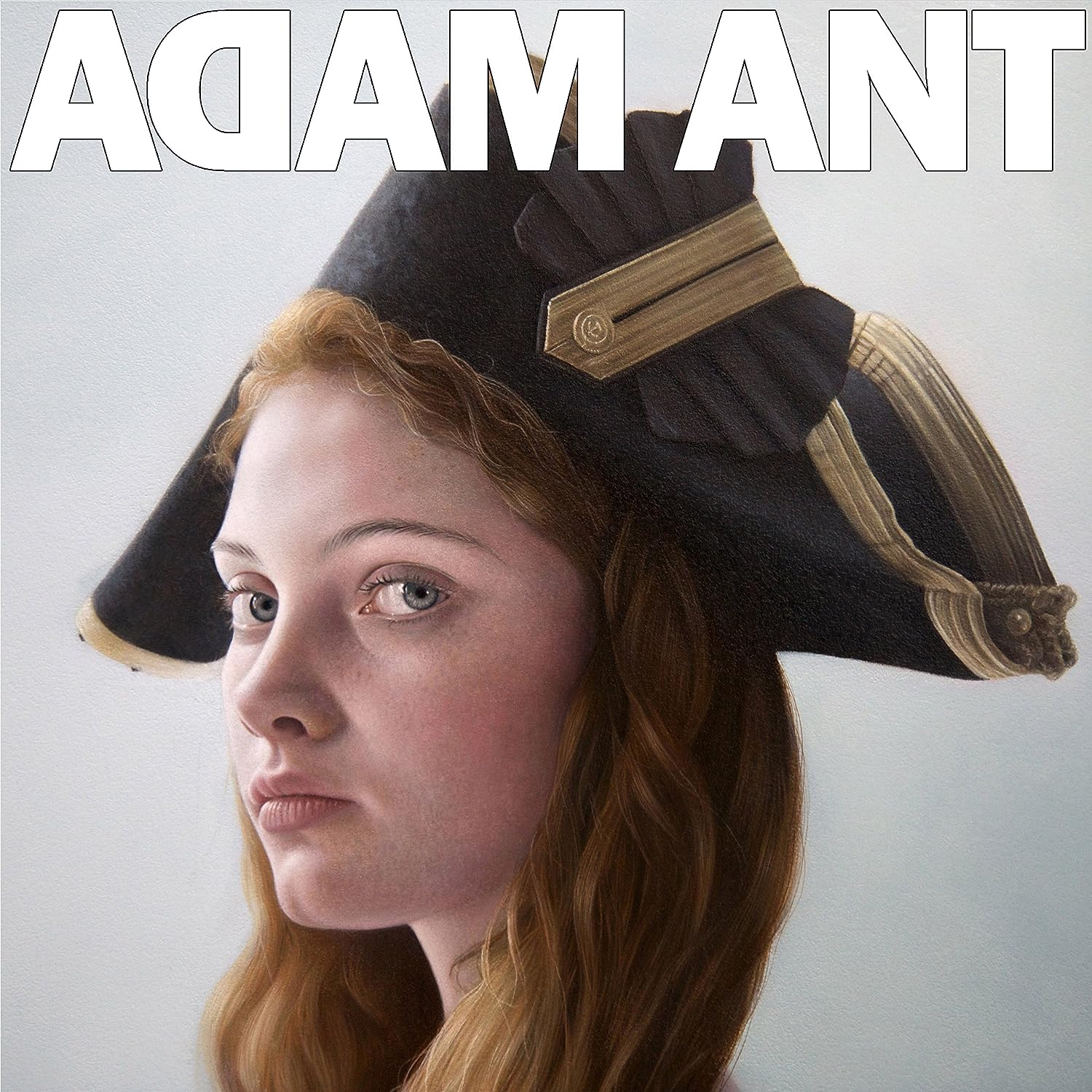 “Adam Ant Is The Blueblack Hussar in Marrying The Gunner’s Daughter” features 17 tracks which will sound both new and familiar to die-hard fans, as he explores musical territory from raw punk to rockabilly. The album overall has an intimate, intense air to it that suits Adam’s personal and revealing lyrics. It’s definitely a must-have for any dedicated fan, although the casual listener only familiar with his big pop hits from the 80s may be disappointed – or at least, a bit confused.