Why I enjoyed – but had some problems – with this 2013 science fiction thriller. 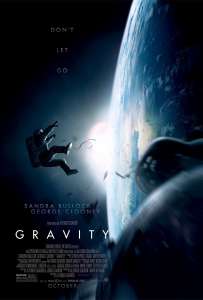 I don’t go to the movies a lot these days – there aren’t many titles that grab my interest enough to pay the hefty ticket price. That said, I couldn’t resist seeing the new Sandra Bullock and George Clooney space film Gravity and it seemed like a film that had to be seen on a big screen to fully experience it. It’s not that I’m a huge follower of either actor, but I love almost anything and everything to do with space exploration and “realistic” science fiction, so the previews for this one completely sucked me in.

I knew next to nothing about the film’s plot going in beyond what was in the trailers, so I had no idea what to expect, beyond that it involved a space shuttle accident and two astronauts struggling to survive, seemingly tethered to each other. Well, that’s certainly part of the story, but only a fraction of what happens in this 90-minute thrill-ride.

Thrill-ride is certainly the appropriate term for this “Gravity”; I can’t remember the last time I was that on the edge of my seat, anxious and nervous for the fate of our main character(s) in a movie. Maybe never. The incredible 3D IMAX effects certainly added to that tension and realism – of course it also added to the tension headache I left the theater with as well. (Apparently I’m one of those unfortunate people whose vision weaknesses make for severe eye-strain when seeing 3D movie effects.) “Gravity” is a gorgeous work of art from a cinematography and special-effects point of view, and I also thought Bullock did an amazing job with her character, a medical engineer with a tragedy in her past, who finds a strength and courage and will to survive against seemingly impossible odds.

But I guess that was part of my problem by the end of the film. (Vague spoilers ahead!) I just started finding it more and more implausible, with every near-miss disaster and last-second save, that anyone could survive the events portrayed – let alone a medical engineer on her first space mission, combating panic attacks and space sickness and then having to do everything humanly possible to escape injury (three times!) in a space debris field, escape a burning space station, propel herself using a fire extinguisher onto another space station, escape a SECOND space station falling apart, survive re-entry and then manage to escape from drowning in a sinking re-entry capsule.

I mean, really… really? By the end of the film I wasn’t feeling tense and anxious so much as annoyed by how the Hollywood script was manipulating me with every. single. event. seeming to come down to a last second decision, save, or escape. What was exciting the first few times became tired and predictable by the end. A few of these disaster situations would have been thrilling enough. Piling on just more and more and more, in a non-stop assault, took the film from a possibly believable story of heroism and survival to one of almost laughable, frustrating impossibility. Maybe Superman (or Wonder Woman) could have survived everything that happened to Bullock’s Ryan Stone character – but I found it impossible to believe a normal human being could. 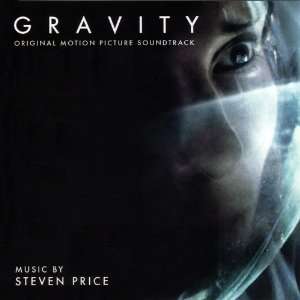 There’s also the weird on-the-surface-yet-not-really-feminist aspect of Bullock’s characterization and the storyline that also bothered me. Sure, we’re supposed to cheer for her overcoming her fears, her finding a reason to survive and live after the Terrible Personal Tragedy In Her Past, and part of me was effectively emotionally manipulated that way while watching the film. But after the fact things weren’t sitting with me right. Why was it a man’s ghost (Clooney’s character, who seemed more like a Buzz Lightyear  stereotype than a believable astronaut) had to come to her, near death, to tell her what to do in order to get back to Earth and give her the will – almost ORDERS – to survive? Why did she have to be portrayed as so panicky, weak, and unable to do anything to save herself at the beginning (apologizing for what she’d done, no less, when they were the only two to survive – the typical expected female response), only able to start pulling it together when he guides her and then sacrifices himself so she can go on?

How interesting – and unlikely – a twist could it have been if the genders of their characters had been reversed? If Bullock were the seasoned astronaut on a last mission, and Clooney (or another younger male actor) the nervous scientist on his first space mission, needing to struggle to survive? THAT would have been unexpected Hollywood storytelling, in my opinion. And perhaps a story less likely to leave me feeling vaguely cynical and less manipulated after the fact.

All in all, would I recommend seeing the film? Yes, for the cinematic effects if nothing else. I’ve never seen a film that so well captured the experience of outer space: the lack of gravity, the precariousness of the astronauts’ environments, and of course the beauty of Earth as seen from outside the atmosphere. I just would agree with other reviewers who say it’s a shame the filmmakers couldn’t come up with a better script to match the power of the visual work involved.

Your thoughts on “Gravity”

Feel free to expand on your thoughts in the guestbook below